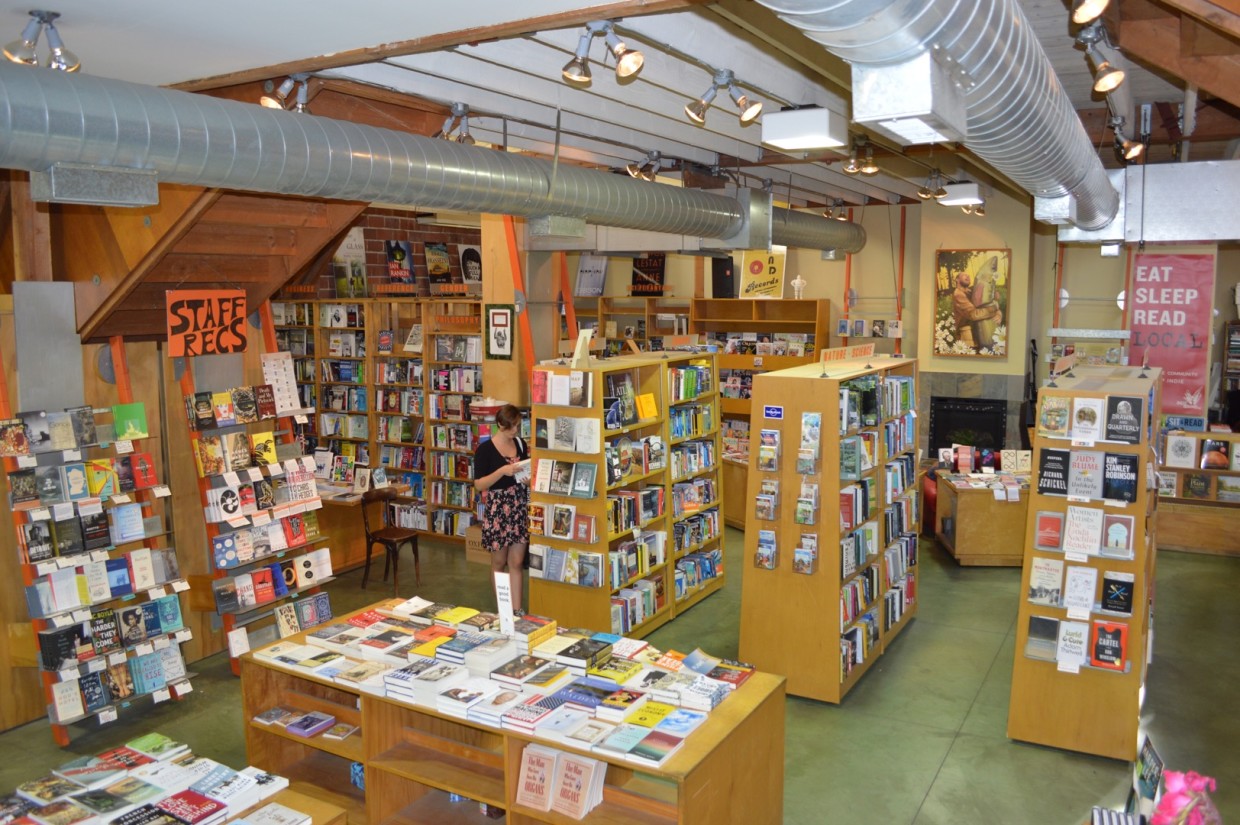 In Which the Addition of a Full Bar is Considered

Alison Reid and I opened DIESEL, A Bookstore on June 1st 1989 in Emeryville, California, a corrupt, fading Chandleresque industrial town which was filling up with artists’ lofts, and would eventually transform into a biotech and digital startup industrial park with several shopping malls. Before the transformation was complete we moved our store back to our original stomping grounds in North Oakland. We had both worked in bookstores before and didn’t feel there was a bookstore in the East Bay that we wanted to work in, so we decided to open our own. A combination of a respectful workplace and a dynamic interaction with readers, along with an eclectic and lively selection of books on all subjects was what were shooting for. The kind of neighborhood bookstore every neighborhood should have. Our first thought was to be a 24-hour bookstore/bar/cafe, but we scaled that back a bit. We’ve been there for the last 20 years (adding three stores—Malibu, LA, and Marin). We wanted to create a fun, engaging, rich, aesthetic, urban bookstore that radiated out into the communities it serves. We also wanted a respectful, decent workplace for booksellers to have satisfying careers in.  –John Evans 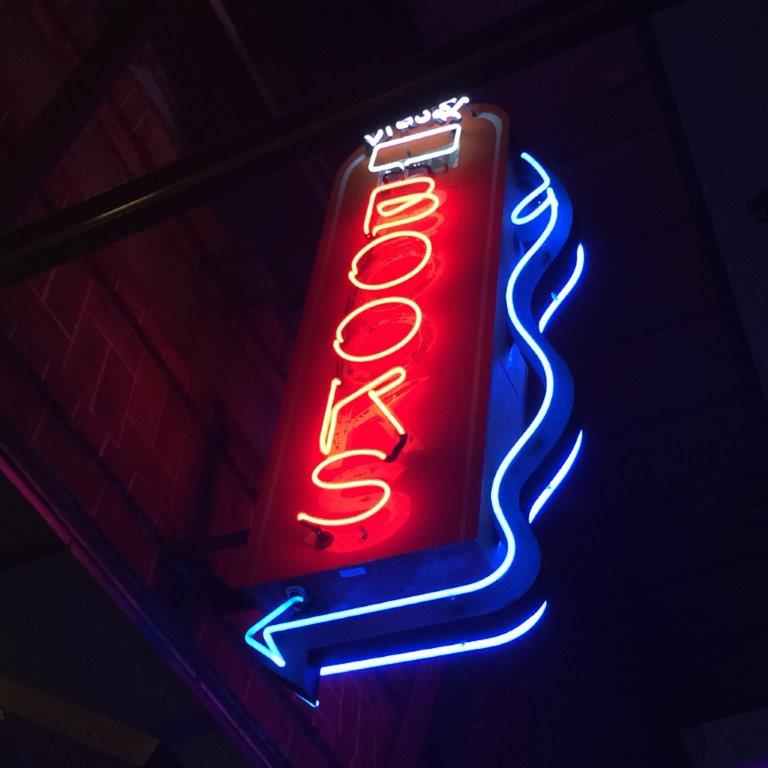 Brad Johnson (store manager, Oakland): I’m torn between Belle Lettres and Poetry, which is fitting since many of us are forever arguing about books that could be shelved in both. Poor Maggie Nelson has seen her book Bluets relocated so often I sometimes have to double-check where we’re keeping it. Fortunately, it usually ends up on display somewhere. Anything where language takes precedence over plot, I’m usually plundering for my staff recommendations and adorning with shelf-talkers.

Brad: I want to say a bar, but realize my co-workers will read this and add it to their growing list of reasons to be concerned about my health and well-being. Besides, we have a marvelous ad hoc bar behind the register, for readings and “what-not” (aka, winding down from a particularly busy Saturday shift). So, no, I’m not going to say a bar. I will, instead add another floor (above or below), in which we might have a bar, but also more books, possibly a small DVD store and/or viewing space. I think the best bookstores are cultural hubs that can pretty regularly refashion their space.

John Evans (owner): I would want a record/CD store within the store and even possibly a musical instrument store, along with a regular music performance space.

Brad: I really hope we maintain this sense that we’re a small, local store—where names and reading tastes are remembered, conversations pick up where they left off, etc.—where something new can be discovered each time you visit. We pack a lot of books in this space, and we’re regularly switching up displays to insure the ones that aren’t necessarily ordered in stacks get the sort of attention they deserve. My job feels a little incomplete if I can just point somebody to our Bestseller display and the customer buys what they came in looking for. That’s good for business, I guess, but the real bookselling is introducing them to something off the path beaten flat by NPR and the New York Times.

John: I find most bookstores that say that they are the best at something are mistaken. However, one of our strengths is our working philosophy of mutual respect for each other, for the readers that shop with us, and those in the wider book world. Most of us also have either eerie biblio-intuitive skills, photographic memory, or encyclopedic recall, all of which come in awfully handy.

Brad: My favorite regular is this little girl who comes in with her dad, usually right around closing time, and has this cutest, cartoon-kid voice, squealing with excitement at being in a bookstore. I can’t make out most of what she is saying, but “BOOKS” is so clearly articulated, and she wails so loudly when her dad tries to coax her out the door, that I’m always happy to stay open as late as necessary when she visits.

Brad: If by ‘crazy’ you mean “delightful as hell,” I’d have to say the ‘Black Lives Matters’ carolers who came in on Christmas Eve. Roughly fifty or so people filled the store, on one of the busiest days of the year, singing songs with lyrics dramatically changed into protest songs, ending with a recital of names of those killed by police in 2014. It was, suffice it to say, intense. Happily, if any were upset by it, none said so to me.

John: So many wild situations I couldn’t pick one—ranging from handling thieves; interacting with the mentally ill; the striking variety of reader interests; the hysterically unpredictable conversations that arise between customers and between customers and booksellers; the surprising magic of in-store events; the pageantry and parade of the whitmanic human hearts crossing our threshold.

Brad: We didn’t have air conditioning at our house, so I spent a lot of time in the downright freezing confines of the nearby mall (braving a multi-lane highway to get there at, in hindsight, a ridiculously young age). Out of that godless mass of commercialism, two stores kept me occupied and relatively crime-free: Waldenbooks and Spencer’s Gifts. I like to thank my reading interests have broadened dramatically from those days I sat on the floor reading Garfield, but boy do I still love a raunchy gag gift.

John: My brother and his wife, who were ten years older than me, lived in Boston, and when we visited them once we went to a bookstore. While there I completely lost track of my family. They may have left me there for all I remember. But while there I sunk into the atmosphere, tone, reality of the place. They sold paperbacks and cassettes (this was around 1970 and I was around 13). I browsed the books, eventually picking three of them. I overheard the conversations between customers and booksellers when I wasn’t perusing a book and loved the range of styles and topics discussed. I thought “This would be a good job.” The three books I got were Mythologies by W. Butler Yeats, and The Aleph and Labyrinths by Borges. Destiny.

Brad: Ideally, I would be writing. Realistically, I’d probably still be an over-educated temp worker scrolling through and scowling at Craigslist.

John: I’ve been asked this many times and usually answer: either a stone mason or a fluteplayer in a salsa band. Now, I think I’m too old to take up stonemasonry. 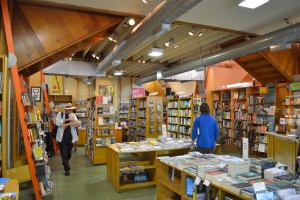 Brad: Frankly, that I like it so much. For most of my adult life I’ve been looking for something I could call a ‘vocation’ or ‘craft.’ I poured lots of time and money into getting a PhD, in hopes that academia might scratch that itch. It wasn’t until I went back to bookselling, though, that everything kind of clicked: where my intellectual interests met the public performance and various administrative skills picked up along the way. My resume looks to me like it has more boring jobs listed than marketable talents, so to have been welcomed into the bookselling fold, and to enjoy it as much as I do, is really something special.

John: How perpetually exciting, fascinating, and seemingly made-for-me it is. Also, how deeply affecting it is to so many people, of such variety, every day. 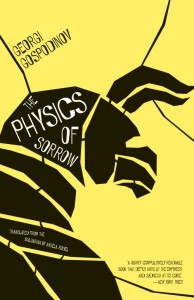 CHRIS RECOMMENDS: This is a strange beast of a memoir, mixed with observations and family legend, that is is more than the sum of its parts. Centered around the myth of another bestial mix, the minotaur, it seems appropriate that Gospodinov’s ruminations should digress and wander, pursuing the twists and turns of memory, all while seeking the center of the labyrinth. 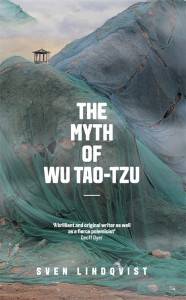 CHRIS RECOMMENDS: In a hundred pages, Lindqvist moves elegantly from meditations on the power of art to the problems of social inequality. Through gorgeous language and striking imagery, this part-moral coming-of-age story, he explores the purpose of art in a world of suffering. 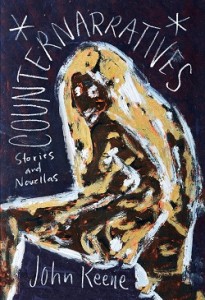 BRAD RECOMMENDS: With black and brown bodies being felled daily — from Cleveland to Ferguson, Baltimore to Oakland — by an assortment of institutional and systemic forces shrugging off protest when they are not stamping it out, the stories of these lives, or ones like them, are the stuff of histories untold by History. John Keene’s magnificent collection of stories/novellas reads like an epic novel chronicling the colonized’s defiant desire for justice and the slave’s multiform attempts at retribution. 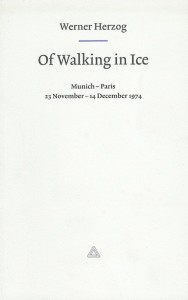 BRAD RECOMMENDS: For three wintry weeks in 1974, German filmmaker Werner Herzog walked some five hundred miles, from Munich to Paris. His friend and mentor, Lotte Eisner, was gravely ill in France, and Herzog believed his journey might save her. Few filmmakers so completely embody their own cinematic intensity as Herzog, and the impressionistic journal of his walk is a much-beloved document of those who have set out on foot in search of something only they could articulate (or possibly even understand). 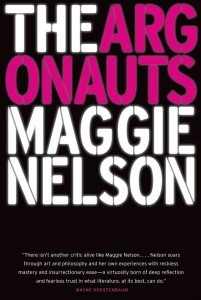 BRAD RECOMMENDS: The deeply personal nature of Nelson’s writing is tectonic, as she shifts between autobiography, poetry, and critical analysis in such a seamless way that the seismic rumbles may not be immediately noticeable. Until, that is, you look up from your reading, and see that the landscape around you has changed. The Argonauts will be a revelation for many who have never read Maggie Nelson, and a new beginning for those who have. 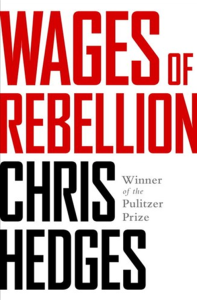 JOHN RECOMMENDS: World-class journalist Chris Hedges’ new book, Wages of Rebellion, is simultaneously a meditation on the histories of rebellion and revolution; a call to action; and an analysis of effective strategies for possibly achieving lasting social change. It is well-written, clear-eyed, and timely. This is a book for our historical moment. 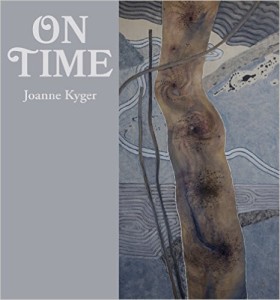 KATHERINE RECOMMENDS: “Exquisite panoramic views of eternity” — Kyger tastefully balances the political, the environmental, the spiritual, and the ironic. This collection is as much about Kyger’s personal world as it is about the ever expansive 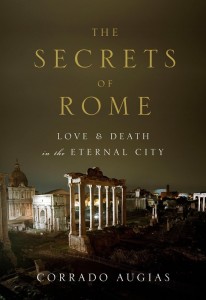 COLIN RECOMMENDS: It is as if the very stones of Rome took voice and began to sing! 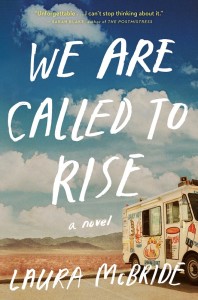 PAM RECOMMENDS: In beautifully written voices, this powerful novel will break your heart. Ultimately, though, it will fulfill you, with hope, love and strength that is healing and mends all those broken pieces. 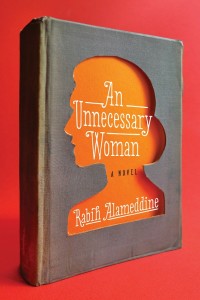 LINDA RECOMMENDS: One of the best books I’ve read about women and literature. An older woman in war-torn Beirut finds comfort in surrounding herself with books, at times translating favorites into Hebrew. Just beautiful. 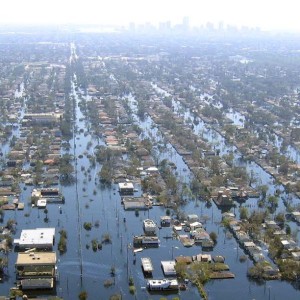 Ten years ago this month, with 2,700 miles separating me and the monster masquerading as a tropical storm over the Gulf,...
© LitHub
Back to top
Loading Comments...