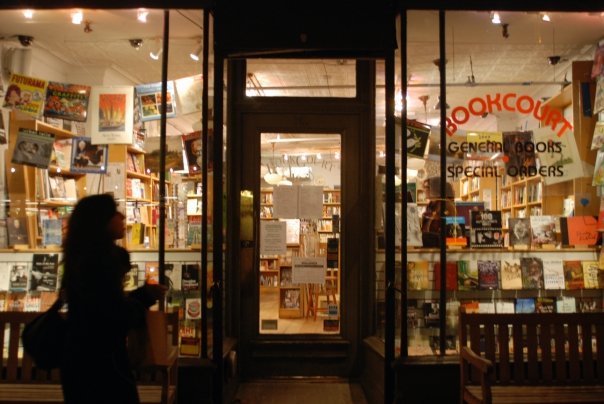 Interview with a Bookstore: BookCourt

A Brooklyn Bookstore for writers and readers

Mary Gannett and Henry Zook opened BookCourt in 1981 (and, given the photo below, inspired the next 30 years of Brooklyn hipster fashion). Originally the home of life-and-death necessities (a funeral parlor and before that a barber shop), BookCourt was a small one-room bookstore with a nook in the back holding a modest selection of children’s books. Over the next 33 years BookCourt has expanded both in size and reputation. Today it is one of Brooklyn’s most iconic independent bookstores. In 1996, Mary and Henry purchased the storefront next door and added an impressive third room in 2008, called the greenhouse. These expansions have allowed BookCourt to develop one of the largest selections of children’s books in Brooklyn, curate an impressive selection of literary fiction and nonfiction, and boast one one of the most active events series in the city (hosting writers such as Junot Diaz, Don DeLillo, Roxane Gay, and even Lou Reed). Still family-owned and still growing, BookCourt remains committed to providing Cobble Hill and Brooklyn with the kind of personal touch that makes independent bookstores so great. We spoke to Andrew Unger who runs their Events and Publicity about the store. 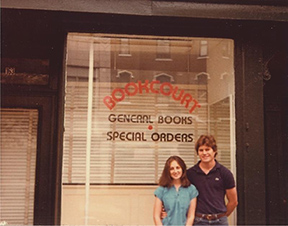 I love how our store is organized. We have a huge selection of paperback fiction titles, one of the largest children’s sections in Brooklyn, a sophisticated poetry and drama section (something that’s hard for a lot of indie’s to do), and a great variety of non-fiction. My favorite sections, though, are the Philosophy and Religion books. Names like Wittgenstein, de Beauvoir, and Aurelius always bring out that warm, undergraduate desire in you to change the world with your yet unrecognized genius.

Many of our customers are very successful writers. We took advantage of this in November during Small Business Saturday and asked some of the local writers to pitch-in and work a shift as a bookseller. It was awesome! Phil Klay, Kimberly McCreight, Diane Dillon, Brian Floca—who wouldn’t want to work with that group? If we had infinite space in the store, I’d really want us to have a writer-in-residence who could work shifts on the floor. Writers really love talking about books, they make great booksellers. 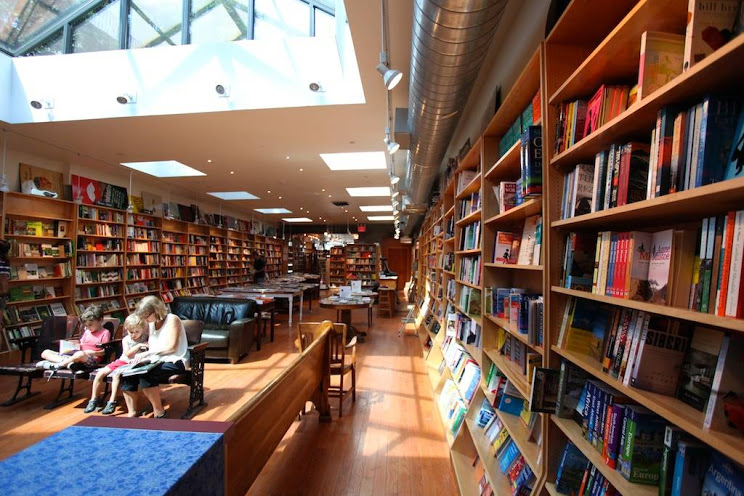 BookCourt’s staff is quirky, smart, and diverse. We give great recommendations! It seems like every time someone is need of a good read, someone on staff always has the perfect book for them.

Bookstores, like public libraries, are hotspots for eccentric geniuses and other odd characters. I’d hate to offend some of our odder customers. (Looking at you Ethan Hawke.) [Ed.’s note: this is the best answer we’ve to receive for this question. Looking at you other bookstores.]

When Junot Diaz spoke at the store we had a packed house of almost 400 people. It was electric. Just as he started talking, there was a bit of a commotion in the crowd. It turned out someone had fainted! We carried him outside and he ended up being just fine; he was bummed out that he had to miss Junot’s 45-minute Q&A. 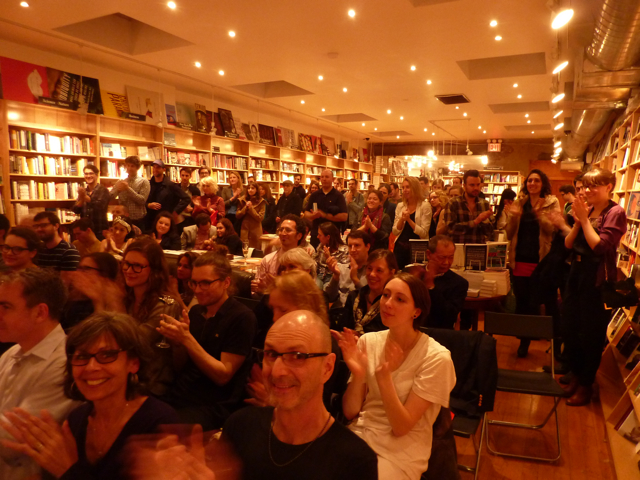 I grew up in Indiana, which is a bookstore desert. In my sophomore year of college, though, I took a trip with a group of friends down to Oxford, Mississippi. I visited Rowan Oak, met Barry Hannah, and went to Square Books. Phillip Roth was live-streaming a reading of Indignation that night, so I topped off my trip with my first signed first-edition. There aren’t many places in the country that have stores as supportive as Square Books. I’m so lucky that I get to work in one of those communities.

My first job out of college was working at Houghton Mifflin Harcourt’s warehouses (publisher’s warehouses are a book-lover’s dream—especially when you get to drive a forklift!). I can’t imagine having a job where I’m not surrounded by books all day. 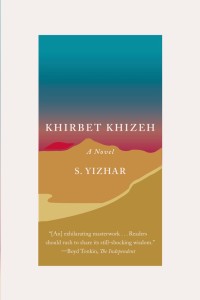 SOPHIE STEWART RECOMMENDS: A brilliant, challenging novella that is incredibly affecting for its length, Khirbet Khizeh is a first-person, fictionalized account of an Israeli soldier serving in the 1948 war. A classic in Europe and required reading in some Israeli schools, it is an intimate portrait of an important historical moment that has had lasting significance. 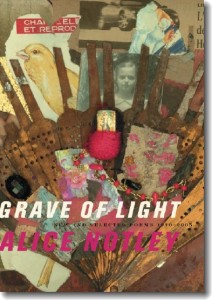 DAN POPPICK RECOMMENDS: Visionary and relentless, Notley is on a limb all her own and one of our best living poets. 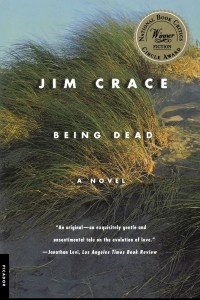 OLIVIA SWEET RECOMMENDS: At times gruesome, at times lyrical in its treatment of the murdered bodies of its protagonists, Jim Crace’s novel finds beauty in decay and renewal in death. 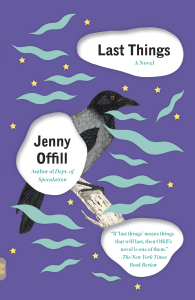 MARY GANNET RECOMMENDS: This brilliant novel of complex family members is told from the 8-year-old daughter’s point of view. Originally published years before the recent Dept. of Speculation, this book is extraordinary in its own right. 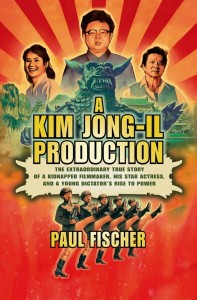 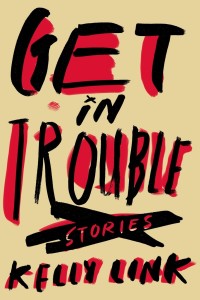 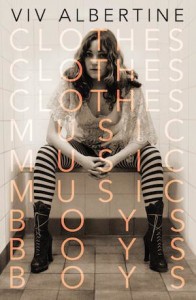 GLENN TRANTER RECOMMENDS: Viv Albertine formed the legendary London punk band The Slits in 1977. The original riot girls, the band had all but burnt themselves out at the beginning of the eighties. Split into two parts, Side One chronicles her life from the working class council houses of north London and the problems that she faced forming an all-girl band in a city and age that was both patronizing and sexist. Side Two deals with a woman re-inventing herself amid self doubts and motherhood. A pioneer…and a true warrior. 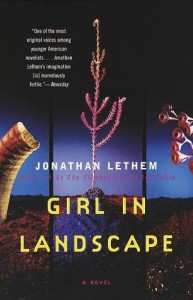 SARAH GOEWEY RECOMMENDS: A transplanetary Western that’s also a coming-of-age story. The image of the ‘household deer’ on the Planet of the Archbuilders has stayed with me since I first read this a decade ago. 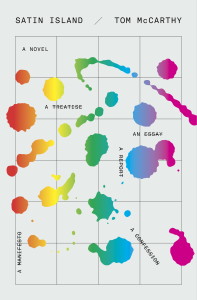 ANDREW UNGER RECOMMENDS: Tom McCarthy makes being smarter than you a sport. In this new book—a page-turner void of plot, characterization, or pretty much anything else that makes a novel tick—he somehow manages to summarize whole tenets of Levi-Strauss in smooth, chatty prose, grounds you in the work-a-day hubbub of a consultant’s office, and makes you care—care very deeply—for people who are barely more than names on a page. 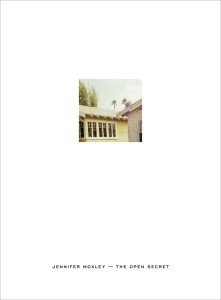 DAN POPPICK RECOMMENDS: Moxley’s newest collection explores personal memory as it intersects with poetry’s collective tradition, “the fame of erasure into the network of this word / next to that”–a raucous past as it comes to bear on the contemporary. Among many high points, the long poem “Coastal” is one of my favorite poems on making art after 9/11. A perfect entry point to her stunning body of work. 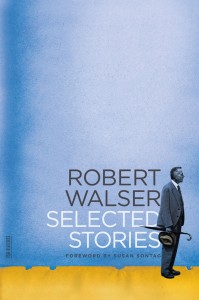 LAUREN WALLACH RECOMMENDS: Walser is a of a unique and special lineage of writers who created some of their most profound work during lapses in mental illness. His work largely ignored during his lifetime, Walser spent the later part of his life in sanatoriums, where he was said to have taken long walks. In this collection, my favorite stories are those that have animal characters, such as “She-Owl” and “Stork and Hedgehog”. These read like elegiac fairytales for the psyche. 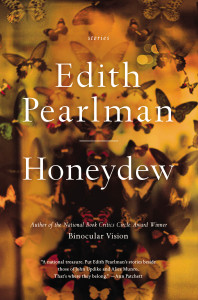 SOPHIE STEWART RECOMMENDS: Edith Pearlman’s characters don’t live especially exceptional lives, like most people we know. But as we become better acquainted with a hotel concierge, a caterer, a pedicurist, and others, they become universes unto themselves. By the end of each story, Pearlman has always revealed something extraordinary and unexpected. She is generous, funny, wonderful. 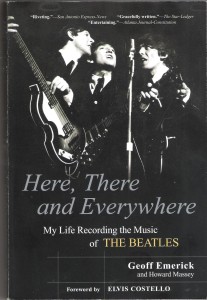 GLENN TRANTER RECOMMENDS: Emerick was not only present at EMI Studios during the entire Beatles recordings there, but was directly responsible for the sound on some of their most enduring songs, notably on Revolver (it was Emerick’s idea to record Lennon’s vocal through a Leslie speaker on ‘Tomorrow Never Knows‘), Sgt. Pepper and Abbey Road. 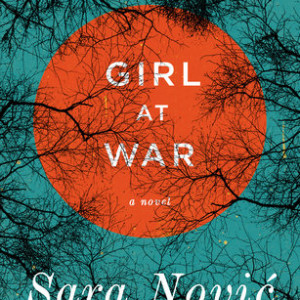 In the summer of 1991 ten-year-old Ana is a carefree tomboy living with her family in a small apartment in Zagreb, the Croatian...
© LitHub
Back to top
Loading Comments...