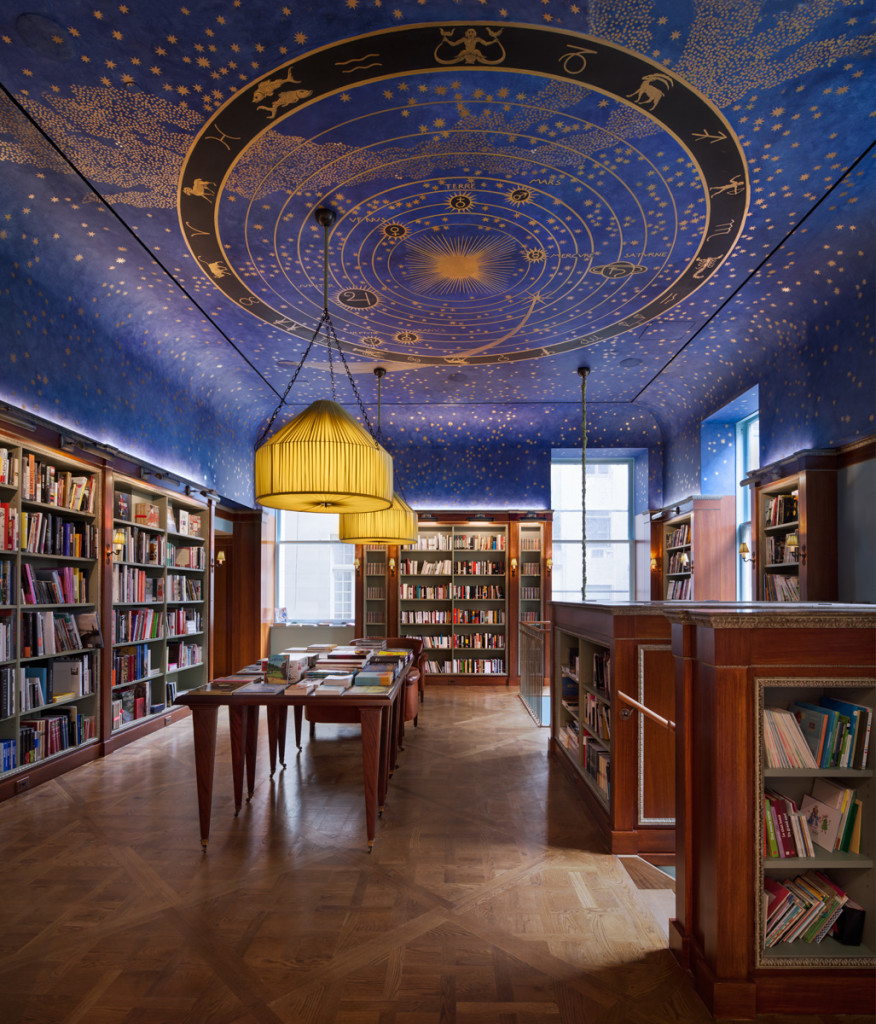 Interview with a Bookstore: Albertine

A little Paris in New York

Albertine is a foundation that opened in September in 2014, hosted by the Cultural Services of the French Embassy in New York. The store was opened to help promote French culture in New York, especially the literary arts. But also to make books more easily available to Francophone people in New York, especially since the store that had been in Rockefeller Center closed several years ago. The store was profiled in The New Yorker and The New York Times, and all over the French media.

Tom Roberge (Deputy Director):  For me it has to be the Philosophy/Sociology corner. I love that the French so clearly distinguish between the two fields, whereas an American store is far more likely shelve Jean Baudrillard with Michel Foucault. Of course it also helps that due to the importance of these disciplines over the course of French history, we have plenty of books to fill out each section.

Miriam Bridenne (Communications Manager and Bookseller): The children corner. Early morning, or mid-afternoon on weekdays, parents come, read stories to their kids, and cuddle on the green cozy bench. It’s heartwarming to see them completely engrossed by fiction, and to see the pleasure of reading being passed from one generation to another.

Tom: The section that’s dying to be expanded, and with good reason, is poetry. I’d love more space to showcase the wonderful things that the smaller, letter-press French publishers are doing.

François-Xavier: It would be great to have more books from independent publishers, the ones taking risks.

Miriam: I would add a section for used books: there are so many books I cherish that are out of print, and it is frustrating to recommend a title to a customer, and then realize that you can no longer order it. Plus, I love the atmosphere in bookstores that also offer used books (Strand, Shakespeare & Co. in Paris). They draw an interesting crowd.

Tom: As a team, even with one of us being an American, we know more about French literature and literary tradition than any other store in the US. It’s why we’re here.

Miriam: We have the biggest selection and do the most to promote French literature in English.

Tom: For me it’s a Senegalese livery cab driver who stops by every Saturday to pick up the books he’s specially ordered, and to order more. Over the course of the year, I think I’ve discerned that he’s working towards establishing some sort of environmental NGO, and man is he doing a lot of research.

François-Xavier: There’s a journalist who stops by once a week or so to buy two types of books: serious history, and graphic novels. I like the combination.

Miriam: We are lucky to have a lot of great regulars. I have two favorites though: a man, always very elegantly dressed, who visits us every Saturday morning, between 11:30 and noon. He always starts by browsing our shelves, then he chooses a few titles before sitting in our reading room. He reads there for about an hour, and leaves. Albertine has obviously become a part of his weekend routine. Another one is young woman with a radiant smile who always complains that she is buying too many books, but never leaves without ordering and buying a few titles. A joyful book addict!

François-Xavier: Probably the customer who took over the entire counter to buy $1500 worth of history books.

Miriam: A customer stormed into the store one day, asking where we shelve the books that where discussed on a famous French talk show. We had to explain to her that books were organized by sections, and within each section, by alphabetical order by their authors’ names. She then looked at us, horrified, saying: “Then, you mean that I have to remember the names of the authors invited on the show? In terms of customer services, let me tell you, that’s not handy at all!”

Tom: I remember insisting, at a pretty young age, maybe eight or nine, that my mother buy me an illustrated (meaning with reproductions of the color plates) edition of William Blake’s Songs of Innocence and Songs of Experience. I have no idea why.

François-Xavier: As a child I visited a used store that was about as disorganized as an attic, but I stayed there for hours

Miriam: I don’t really remember my first time in a store, but I have very fond memories of an atrium at my grandparents, who used to run a small bookstore. The walls where covered with shelves packed with books. It was my personal cave. I remember hiding there for entire days. Adults would completely forget about me, and I was free to read whatever I wanted.

Tom: I suppose the default answer is publishing, since I worked at New Directions and loved it there, love their books and their approach. But I might also like to run a bar in some far-flung town.

François-Xavier: I wouldn’t do anything else. Books are my passion.

Miriam: Running a Bed & Breakfast somewhere along the costal of Maine. (I’ve never seen so many bookstores per capita as in Maine.)

Tom: Prior to working here, I worked at McNally Jackson, and then in publishing, and at those jobs it became painfully obvious that most American readers (most, not all) don’t really pay attention to which publisher has published which book. Most casual readers have no idea who published their favorite book. But the French, I’ve learned, definitely pay attention, and know the distinctions between various imprints and houses very well.

François-Xavier: The interest among New Yorkers for French culture and especially literature is very encouraging.

Miriam: How much fun it is! 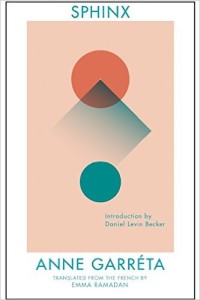 TOM (DEPUTY DIRECTOR) RECOMMENDS: What begins as a romp through seamy Paris nightclubs quickly becomes an exacting portrait of a passionate affair, and Garreta’s exploration of both milieus with a deft mixture of immediacy and intellectual detachment is mesmerizing. Oh, and the entire thing is gender-less, and Emma Ramadan’s translation is superb. 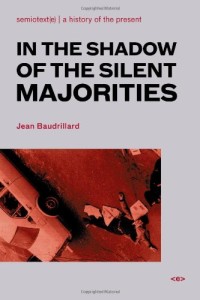 TOM (DEPUTY DIRECTOR) RECOMMENDS: This is by no means Baudrillard’s most famous tract, but it is one of his more searing works, laying waste to decades of fruitless attempts by intellectuals and politicians to solve any of the problems created by and within the post-industrialized, capitalist world. Lacking any real capability for change, he says, we’re left to “enjoy the spectacle.” 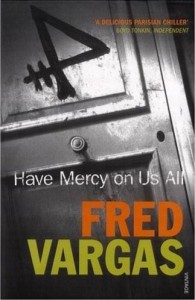 FRANCOIS-XAVIER (DIRECTOR) RECOMMENDS: Still the best novel by Fred Vargas, and it’s not even a contest. In the Parisian suburbs, primal fear sets in when buildings begin to be covered with a mysterious reversed “4,” announcing the return of the black plague. Comissaire Adamsberg and his unlikely team investigate… Outrageous characters, well-crafted intrigue, a noir masterpiece. 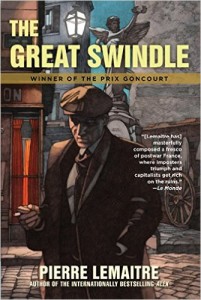 FRANCOIS-XAVIER (DIRECTOR) RECOMMENDS: Lemaitre’s Prix Goncourt-winning novel follows two former soldiers as they attempt to reintegrate into civilian life in a country that seems to have quickly forgotten the sacrifices they made. They develop a scheme as immoral as it is lucrative: take advantage of national pride by promising to build monuments and disappearing with the payments. The Great Swindle is a powerful, violent novel that explores the dark time immediately following WWI; a period dominated by cynicism, embitterment, and lack of trust. 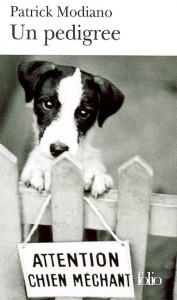 MIRIAM (BOOKSELLER) RECOMMENDS: As Modiano recollects facts about his past in the clear and sober style that has become his trademark, it becomes impossible not to notice the contrast between the simplicity of his sentences and the strength of the emotion that they trigger in us. Nostalgia is missing from the text, and instead, a remote and almost silent pain is brought to the surface. 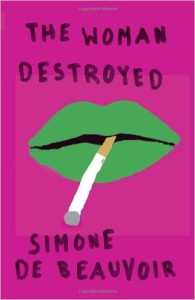 MIRIAM (BOOKSELLER) RECOMMENDS: As her husband walks out on their twenty-year marriage to live with Noëllie, a young and brilliant lawyer, Monique’s world is shattered. So much so that she comes very close to losing her sense of self. If not for its subtle construction, The Woman Destroyed would be a classic novel of love’s labors lost. Later, as she was writing The Coming of Age, Simone de Beauvoir defined her narrative technique in The Woman Destroyed as an attempt “to make silence speak.”

All photos by John Bartelstone. 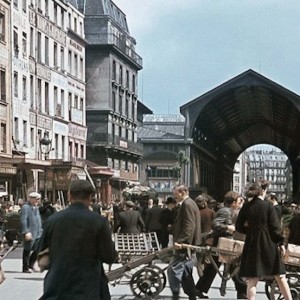 Patrick Modiano’s reputation as a writer of wartime Paris was sealed last fall by the Nobel Prize, which recognized him “for...
© LitHub
Back to top
Loading Comments...