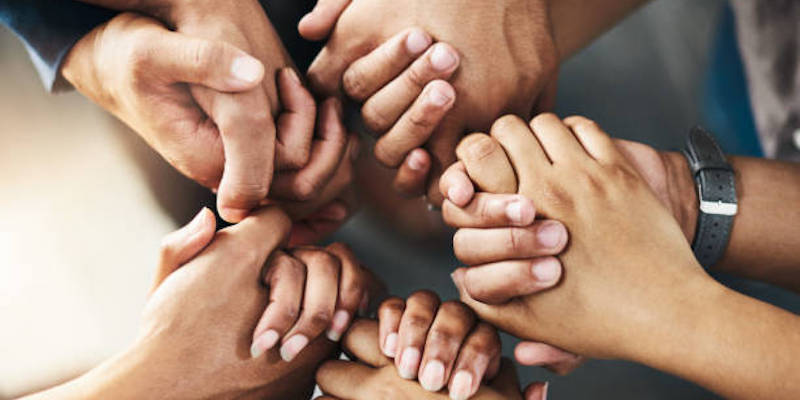 Perhaps nowhere is the concept of the American villain clearer than inside the US prison system. Over decades, politicians have stoked fear against crime and criminals and the prisons filled. America now incarcerates nearly 2.3 million people. I reside in the overcrowded San Quentin State Prison, where COVID-19 ravaged and killed 28 prisoners and a correctional sergeant. Currently, most prisoners here are assigned to 4-foot by 10-foot cells. During the pandemic year, two people have been locked inside them for more than 23 hours a day.

Yet, for years, the rhetoric of American politicians has contributed to the fear that keeps people behind bars. Former President Donald J. Trump’s “Law and Order” agenda was not unprecedented, especially coming from politicians in the White House—as seen with Richard M. Nixon’s “Law and Order” promise, George H.W. Bush’s depiction of Willie Horton, Hillary R. Clinton and the infamous “Super Predator.” The apparent ability to identify a villain lurking in the shadows makes it seem as though politicians understand the safety concerns of law-abiding citizens.

But the American whom politicians claim they’re bringing safety to may not know much about what happens inside San Quentin on a regular basis. Prior to the COVID-19 pandemic, restorative justice practices embedded into programs like the Victim/Offender’s Education Group (VOEG), Guiding Rage Into Power (GRIP) and Non-Violent Communications have invited district attorneys, police officers, and other law enforcement agencies into the prison to hold dialogues with prisoners who take accountability for their offenses, have shown remorse, and seek to redeem themselves.

VOEG, GRIP and Non-Violent Communications recognize that a key objective of restorative justice practices is to provide healing to people impacted by crime. Restorative justice compels perpetrators of harm to be accountable while asking communities to offer adequate resources for the wellbeing of all their citizens. Participants in these introspective programs share commonalities and connect in a shared project of defining safety.

Perhaps nowhere is the concept of the American villain clearer than inside the US prison system.

Zach Norris tackles the concept of safety, now under a new spotlight in the wake of the Black Lives Matter movement, in his book, We Keep Us Safe: Building Secure, Just and Inclusive Communities. Norris describes the US system of policing and prisons as an “invest[ment] in systemic dehumanization, a choice that had the backing of Democrats and Republicans alike.” Currently, the US spends about $80 billion to operated 1,719 state prisons, 109 federal prisons, 1,772 juvenile correctional facilities, and 3,163 local jails, as well as military prisons, immigration detention facilities, and prisons in its territories. The last few years have brought a reckoning with this system from Black Lives Matter activists, who have questioned the policing and prison building methodology as well as “tough on crime” prosecutors and judges.

Danielle Sered also highlights the failure of the massive number of prisons and jails to protect victims of crime in her 2019 book, Until We Reckon: Violence, Mass Incarceration, and a Road to Repair. Sered notes that mass incarceration has had no social benefit—the policy, in fact, perpetuates more social harm than good by creating a prison-industrial complex that is not proven to bring safety to communities, she concludes. Sered suggests that before reforming the criminal legal system, Americans must first “reckon with the historical trauma of slavery and Jim Crow laws, which have profoundly shaped our legal system.”

Norris considers Sered’s ideas around reforming the criminal legal system and agrees that the concept of restorative justice is an effective alternative to relentless prison building and mass incarceration, arguing that the foundation of safer communities lie in developing relationships, calling for accountability, and providing healing.

Throughout the stories in We Keep Us Safe, consistent with restorative justice principles practiced at San Quentin, survivors of crime and offenders come face-to-face for difficult conversations. While the survivors always want to know, “Why did you do it?” and “What is the right punishment?”, offenders struggle with shame as well as confronting their own histories of violence. The encounters are often the beginning step toward forgiveness and healing.

Restorative justice compels perpetrators of harm to be accountable while asking communities to offer adequate resources for the wellbeing of all their citizens.

As for forgiveness, Norris cites Michael McCullough, author of Beyond Revenge: The Evolution of the Forgiveness Instinct: “We’ll see more forgiveness in places where people are highly dependent on complex networks of cooperative relationships, policing is reliable, the system of justice is efficient and trustworthy, and social institutions are up to the task of helping truly contrite offenders make amends with the people they’ve harmed.”

Norris says Americans have the ability to keep each other safe by considering the outcomes of collective actions taken by the government and the private sector. He begins the storytelling with his own life experiences, guiding readers on a common-sense path toward solutions to societal problems, such as the criminalization of substance abuse and mental health challenges—noting that the largest providers of mental health services in the US are its jails.

Norris’ plain language is not politically charged. He relies on social science research and studies to show how the current criminal legal system constitutes a vicious cycle that wastes human and material capital and that there are more effective remedies for criminal behavior. As a success story, he cites a nationally recognized county jail program in Santa Cruz, California. The program, Maintaining Ongoing Stability through Treatment (MOST), operates on the restorative justice principles of accountability and providing adequate resources to offenders. MOST gives housing support, job training, and mental health support while aiming to build relationships and offer offenders the chance to participate in their communities. “Strengthening the muscle of collective action is imperative so we can hold large institutions and powerful individuals accountable,” Norris writes.

We Keep Us Safe is unique in depicting a realistic portrait of what safety looks like in communities; Norris repeatedly touts different elements of that safety that include expanding access to power, greater access to decision-making for citizens, and, importantly, interconnectedness.

Juan Moreno Haines is an award-winning journalist incarcerated at San Quentin State Prison and a member of the Society of Professional Journalists. Haines’s work has appeared in Solitary Watch, The Guardian, The Appeal, Hastings Race and Poverty Law Journal, Above the Law, UCLA Law Review, Life of the Law, The Oakland Post, California Prison Focus, LA Progressive, CalMatters, Witness LA, and Street Spirit. In 2020, Haines was awarded the PEN Prison Writing Contest’s Fielding A. Dawson Prize in Fiction.

The Hard Crowd by Rachel Kushner, Read by the Author 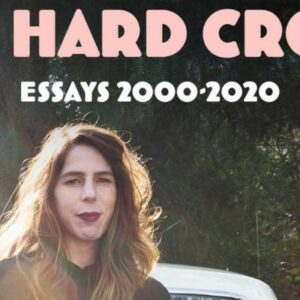 The Hard Crowd by Rachel Kushner, Read by the Author