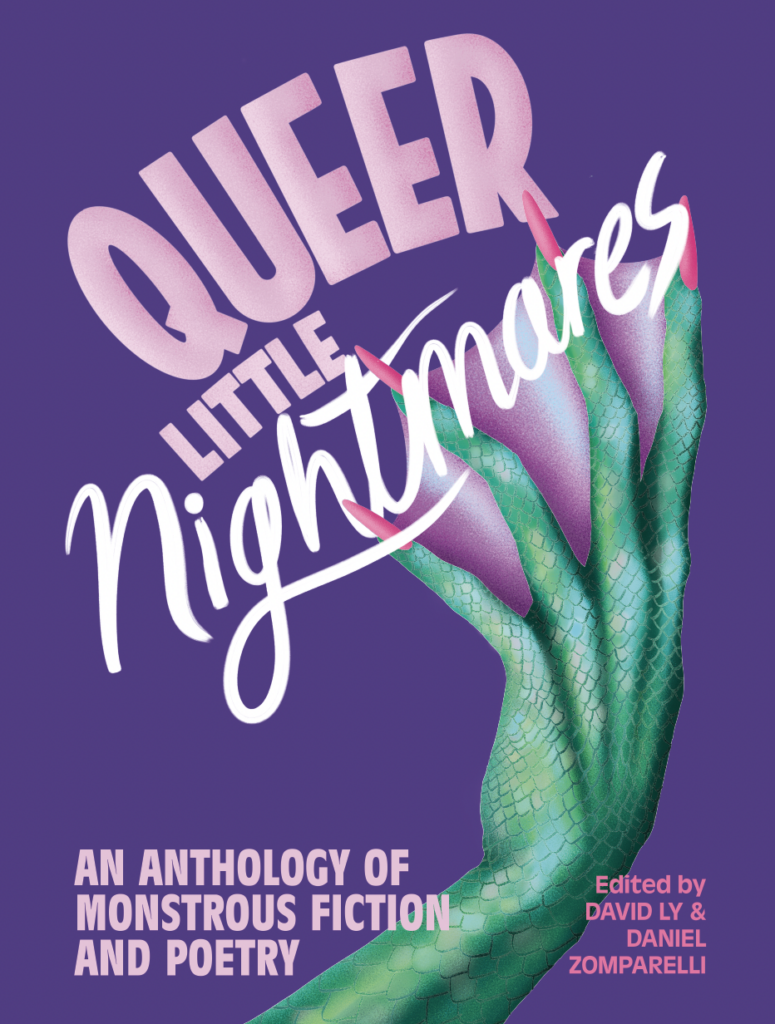 The little careless gods hefted their plastic rifles and aimed their orange tips at the bucks. They slipped coins into the slot to shoot together. From inside the game they were gargantuan, each of their eyes the same size as the O in COIN, and the window refracted the smears of pizza grease on their chins into rainbow sheens. As they squeezed the triggers, a robotic voice echoed across the landscape. “Nice shot! Reload!” When a few bucks lay bleeding on the dirt, the little gods slid away toward the Skee-Ball machines, where rows of light bulbs cycled yellow to pink; or to the rows of chrome pinballs, which gleamed under glass; or to the leather steering wheels in the stationary cars; or to the swishes of basketballs through nets. To them, we of Big Buck Hunter III werenothing but a temporary distraction.

KEEP PLAYING? INSERT COIN (0/2) crowded the sky above the dead bucks in a funereal benediction. The slain rotted. Each one had an identical brown suede nose, dark fur, and a blank expression. Occasionally, I stumbled over a carcass and watched the pixels at the edges of its body change colour one hex code at a time until they matched the landscape. When one of their own was taken by the little monster gods, the other bucks gathered over the body. They stood on their hind legs and walked counter-clockwise, howling.

The women lounged near the window in camo cut-offs and string bikini tops. When another little god inserted coins, the women winked andnodded; they swayed side to side with their hands on their hips and glazed smiles on their faces. Though they waved to me every time we saweach other, I kept my distance from them, unsure whether they were individually conscious or merely the humanoid fruit of game-brainmycorrhizae. They might rip out my throat with their long, gleaming teeth and leave me to disappear into the landscape, too. Honestly, given my boredom, that fate didn’t sound so bad to me. I missed my friends and my life before Big Buck Hunter III. The last thing Iremembered was cleaning a dabb lizard habitat at a friend’s house, my towel squeaking against the inside of the aquarium as I listened to the television show Rogue Repo. On the show, the owner of a window dressing store begged in a Scottish accent to keep her heirloom wainscotting. The lizard skittered over my hand and knocked the heat lamp into his water bowl. When I reached for it, I felt a big buzz and blacked out. I woke up here. The question of whether or not this game was an afterlife troubled me at first. I searched the whole perimeter and found no way out. I tried deleting myself—jumping in front of the bucks, or off the biggest boulder I could find—and each time, a pixel layer stayedbetween myself and the ground, between myself and some rest. As far as I could tell, I was trapped.

I stared at the ground as I walked, surrounded always by the same landscape, the same people, the same weather. As I climbed a small boulder to avoid a corpse, I noticed a latch underneath a scruff of moss. I stopped and balanced myself between two near-vertical walls as I fiddled with it.

One of the women stood behind me, her arms folded. Gooseflesh rose on her bare shoulders. She beckoned, and I followed. Maybe this was the game’s way of reaching out to me, or maybe she was a person, too. Either way, I had nothing to lose. We passed through the field, over boulders and through thickets, to a flickering patch of gnarled trees I had not yet worked up the courage to enter. In the thicket was a tent I had never noticed before. Silvery wires winked through the fabric. As we stepped in, she held back the tent flap for me.

Inside, more women with camo jackets and caps layered over their bikinis stalked back and forth and leaned over computers with purpose intheir movements. Up close, they differentiated into individuals with distinctive features—a wide nose here, freckles there—rather than multiples of a single body type.

The woman who brought me here took my elbow and led me to a rough table at the side of the room on which sheets of birchbark teetered in piles.

“What is this place?” I asked.

“Far as we can tell, it’s real, though of course, none of us knows for sure. None of us remembers who or where we were before.”

She shrugged. “Them,” she said, making air quotes with her fingers. “Not sure who they are. They punish us if we don’t look pretty for the players.”

“A hook comes down from the ceiling, spears her, and reels her away. We never see her again.”

I imagined spurts of blood staining camo cut-offs in a deranged claw-crane crossover game as I searched for something to say.

She shook her head. “Don’t be. You’re stuck in here, same as us. The others wanted to keep you out of our plans, but I saw something in you.I don’t think you’re a spy for the game. We’ve seen those before. They always move the same way and repeat themselves.”

“We built this interface,” she said. She moved the table aside to reveal a rock. No, it wasn’t a rock—it was a screen built to look like a rock. Light-green text scrolled down over a black background too fast for me to make out individual words.

“Built to look like a rock?” I said. Maybe it was chiselled out of a rock. In the low light and with my bad eyes, I couldn’t be sure.

“It’s fake,” she said. “Got a virus inside.” She tapped a French-manicured fingernail on the glass, and the scroll rate of the text increased.“Here’s our problem: we need to physically embed this rock into the game. We’ve tested a few different areas, and we believe the best place is in the glass at the front window. But whenever one of us gets close, there goes the hook, and she’s winched away. That’s why the rock looks so banged up.”

“You want me to try? I can definitely carry that thing. I mean, it seems pretty light,” I said. I wanted them to be impressed by my ability to heft heavy objects, by the way I inhabited my new-to-me masculinity. Collectively, the women smiled. I wasn’t sure whether they knew how much they made my heart race. They probably did. That was probably why they’d asked me. And I was a sucker for it. Helping gorgeous women through a demonstration of my ability to lift was the pinnacle of gender euphoria.

“Where would we go, honey?” she said. “No, we want privacy. I mean, sure, maybe we can get out, but none of us is holding out hope for escape. We want the game to power down, even for just a moment, even if it means that’s it for us. Get some peace and quiet up in here, whateverit takes. We’re sick of the performance, of the constant noise, of the claw, of pain. We’re ready.”

I bent to lift the rock, which was the size of a soccer ball. I loved its grey-green, sparkling heft. For the first time since I’d arrived in the game, I felt useful. I was helping someone. I was helping us all.

I came out of the woods and into the diffuse sunlight. Same weather as always. A patch of gray rolled over the sky and replaced KEEP PLAYING? INSERT COIN (0/2). I felt watched, so I sped up. I stumbled with the uneven weight. Behind me, I heard a hatch retract and a winch lower. The hook. I did not look back. When I heard it just behind me, close enough to touch, I jumped into a crevice. The hook missed me by inches and sailed up and away.

When I came close to the glass, more pixels prevented me from getting right up to it. I threw the stone as hard as I could. It wedged into the glass, which splintered outward from the hole in a spiderweb pattern. Each glass fragment glowed neon yellow before it went dark. Around me, the landscape began to disintegrate. The sky fuzzed. A buck pawed at the ground nearby. The huff of his breath moved from three dimensionsto two, and his antlers became the outlines of antlers, his muzzle a sketched version of his face. The trees flattened to brown

blocks. Behind me, the women howled.

White text in a sans-serif font appeared on the dark front screen.

On the other side of the glass, the Skee-Ball lights turned yellow, then a white so bright it burned through the dark. The lights burst one by one like fireworks.

Excerpted from Queer Little Nightmares: An Anthology of Monstrous Fiction and Poetry, co-edited by David Ly and Daniel Zomparelli and published by Arsenal Pulp Press.

Do We Finally Have the Technologies to Confront the Climate Crisis?

How All Writers, Even Neuroscientists, Seek the Impossible: To Replicate Our Unique Interiority 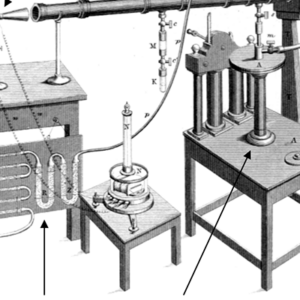 Do We Finally Have the Technologies to Confront the Climate Crisis? Hosted by Andrew Keen, Keen On features conversations with some of the world’s leading thinkers and writers about the economic,...
© LitHub
Back to top