Tobias Carroll on Our Fascination with All-Powerful, Unseen Institutions

A mysterious group works behind the scenes to alter the course of human history, for good or for ill. Perhaps multiple groups do, either in concert or in eternal opposition. Perhaps these organizations are mundane in origin; perhaps they are somehow uncanny. Regardless of their natures, odds are good that you’ve encountered them in film, television, comics, or fiction. For a certain strain of pulp storytelling, secret societies are essential—whether to provide an origin story for the hero or to give that hero an ominous and omnipresent arch-nemesis.

Key factors include a sense that anyone could be a member, and that these organizations’ reach is impossibly wide. A secret society concentrated solely in rest areas on the Garden State Parkway isn’t necessarily doing the “secret society” thing terribly well. There’s something about the long-running serial form that lends itself well to these organizations. Storytelling over time allows for the subtle build-up of looming institutions: hints can be provided as to their membership and their reach, and to the devices that they use to exert their influence in the world.

As with many a device associated with pulp storytelling, secret societies have slowly made their way into the toolbox used by writers on the more ostensibly literary side of the aisle. Charles Palliser’s smite-your-enemies-sized novel The Quincunx features a Dickensian plot, a protagonist of mysterious origins, and questions of class and upbringing, but it also folds in a lengthy conspiracy that ensnares its main character, and creates a brooding atmosphere of paranoia throughout. The effect of this is to make both the reader and, eventually, the novel’s protagonist begin to doubt the motives, honesty, and very nature of the other characters that he encounters on his way. It’s a dizzying book, and one which effectively establishes a sense of menace, a deep-running conspiracy that leaves lives battered in its way.

Perhaps the late 1980s were a watershed moment for secret organizations in fiction. Umberto Eco’s 1988 Foucault’s Pendulum is both a novel that satirizes the way that secret societies can obsess us and a novel that ultimately comes to embody many of the pulpy charms associated with such organizations. At the heart of it is a simple concept: three intellectuals invent the notion of a wide-ranging and long-running conspiracy present across human history. Before long, however, they realize that this conspiracy may be more accurate than they initially believed. Along the way, the history of various secret societies, including the Knights Templar, are recounted, analyzed, and dissected. Early in the book, a series of word games are suggested, and it isn’t hard to find echoes of the Oulipo (who Eco referenced in his fiction) in this section. It’s one of a few places wherein Eco establishes a point of comparison between literary societies and the kind of secretive groups who dwell at the heart of this novel. Scholarship, research, and drawing connections: these are what literary critics do, but they’re also the province of those who study secret societies, along with the members of those societies.

Eco’s novel has a number of highbrow moments, from a satirical subplot set in the Italian self-publishing industry to the fact that its protagonist shares a name (Casaubon) with one of the central characters of George Eliot’s Middlemarch. But it also contains plenty of pulpier pleasures, including a brief reference to the Cthulthu mythos late in the book, a question about whether an associate of Casaubon’s is immortal, and whether exposure to certain conspiracies may be (literally) hazardous to one’s health. But there are also more sobering moments: the novel opens in the 1970s, and characters grapple both with the political unrest of that era and with the legacy of Italian fascism, which still exerts a tangible presence. Among the conspiracy theories and secret societies that the novel’s heroes encounter are some vehemently right-wing and anti-Semitic ones, and for all that Eco allows room for the reader to experience the novel’s plentiful and heady charms, he seems to be reminding the reader that belief in secret organizations pulling the strings can have catastrophic consequences.

If serious considerations about political ideology can be found hidden in the margins of Foucault’s Pendulum, what deeper meaning can be found in Manuel Gonzales’s recent novel The Regional Office is Under Attack!? On the surface, it’s a brisk read, following two characters at odds in a conflict that the novel’s title telegraphs from before the first page. Here, the Regional Office is a mysterious organization with a global focus that sends teams of female assassins on assorted missions. It’s the stuff of pulp stories, to be sure—think Kill Bill, think of virtually every superhero shared universe you’ve ever encountered. And the knowing blend of literary craft with gleeful pulp abandon also calls to mind Nick Harkaway, whose novels The Gone-Away World and Angelmaker are solid touchstones here. Both Gonzales and Harkaway have a pinpoint command of pacing and tone, and they know how to invoke certain tropes without allowing them to consume their stories whole.

Much of the book follows one of two characters: Rose is a onetime employee of the Regional Office who is now tasked with attacking it, while Sarah is critical to its defense. Just how things got to this point are not revealed until much later; there are also abundant flashbacks within the narratives of both Rose and Sarah, explaining how they first encountered the Regional Office and, in Sarah’s case, whether or not one of her arms is actually mechanical, as several of her co-workers believe. But Gonzales also intersperses histories of the Regional Office that are ostensibly excerpted from a book with a similar, though not identical, title to the one that we’re reading. This one is called The Regional Office Is Under Attack: Tracking the Rise and Fall of an American Institution, and it gets to the larger point below the surface of Gonzales’s novel. If fascism is lurking behind the secret societies of Eco’s novel, then it could argued that a creeping, pervasive corporatism is the menace behind the plotting and counterplotting found in Gonzales’s.

Consider that Gonzales interpolates excerpts from a fictional business book; consider, too, that one of the novel’s central characters finds herself both cut off from her family and literally losing touch with her humanity over the course of the narrative. Whether or not the Regional Office is a force for good is somewhat ambiguous—an early paragraph about its founder Oyemi leaves some ambiguity as to her motives. In splitting the narrative roughly between Rose’s and Sarah’s perspectives, Gonzales leaves some gray areas in terms of how the Regional Office should be perceived. From Rose’s perspective, it’s a flawed institution that needs to be removed; from Sarah’s, it’s an essential entity, and one that should be protected. Neither perspective is presented as entirely correct or entirely flawed, but the actions taken by others within the Regional Office are depicted as colder and more dehumanizing. There are shades here, too, of the tendency in recent years among startups to dub employees “ninjas” while creating terrible work environments. Perhaps Gonzales’s novel is a bizarre reflection of this tendency: the work itself is more adventurous, but the fatigue and anguish are much more mundane. Just because you’re a secret society doesn’t mean that you care a whit about work-life balance.

There also may be a generational shift at work in the increase of secret societies in literature. Ricky Rice, the main character of Victor LaValle’s 2009 novel Big Machine, joins an organization called the Unlikely Scholars, who are based out of an isolated location in the northeastern United States called the Washburn Library. Readers of a certain age may well find the notion of a group of outsiders working in secret to investigate weird events resonant: thoughts of the X-Men (or, if you were more of a DC reader, the Doom Patrol) might come to mind as the novel’s plot shifts to encompass these locations. Literary authors folding a long-running love of superhero comics into their work has taken other forms as well: both Jonathan Lethem’s The Fortress of Solitude and Junot Díaz’s The Brief Wondrous Life of Oscar Wao come to mind. It’s one more resource for writers, one more wellspring of plot devices, tropes, and imagery that can be drawn upon when working on a novel or short story.

Gonzales’s novel also has several echoes of superhero comics. The Regional Office Is Under Attack! at times feels like an (eminently and enjoyably readable) experiment in taking the kind of story that would work over a year’s worth of issues of a comic and transforming it into a very literary form. This leads to some bravura passages: in one, a group of employees attempt to escape from the attack using a number of routes through their office. Gonzales makes use of the first person plural as this begins. (There are echoes here, too, of Diane Cook’s short story “It’s Coming,” which also makes use of the collective voice of a group of people dealing with a nightmarish situation.) Slowly in the interlude, pieces of the collective “we” are broken away from the group and unceremoniously killed, until finally only one part is left, and the “we” has been winnowed down to an “I.” It’s a harrowing sequence that’s made more thrilling by Gonzales’s willingness to take a risk in the writing of this scene. And, again—while the same scene could well have been charted out in a film or comic, there’s no way to evoke the same shift of a collective voice slowly being diminished except through prose.

These nods in the direction of superhero comics don’t feel arbitrary. Instead, they’re a way of hearkening back to the pulp roots of the secret society while telling an archetypal story in a different medium entirely. (See also: the brief invocation of H.P. Lovecraft’s work in Foucault’s Pendulum.) There are certainly certain literary settings in which a secret society wouldn’t fit—but for those where it does, there are a whole agglomeration of tropes and devices that can be nearly imported with alongside them. The end result is a richer literary landscape, one dotted with secret headquarters and populated with plots and countermeasures, and schemes without end. 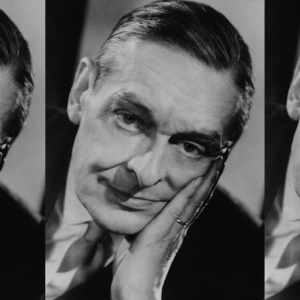 The joys (and perils) of literary tourism. | Literary Hub Lisa Lucas on ten more musicians who could be novelists. | Literary...
© LitHub
Back to top