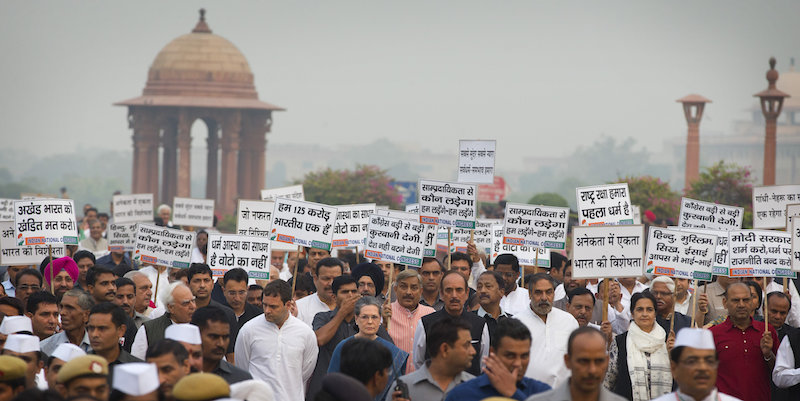 Indian Writers Unite in the Face of Violent Intolerance

On the Rise of Ultra-Nationalism, and the Murder of Writers and Atheists

In the last few weeks, India has witnessed a peaceful uprising of writers, something that has never happened in post-Independence India. One of the events that triggered this protest was that a poor man was lynched in Dadri, a village in North India, because he had eaten beef. And in Dharwad, a small town in Karnataka, a professor and research scholar was murdered by an unknown person, possibly because of his outspoken views on religion. Two seemingly unrelated events, yet linked by the intolerance that has been showing up in India in the last few years.

Questions repeatedly asked of the protesting writers were: why are you protesting now? Why did you not protest when the Sikhs were massacred after Mrs. Gandhi’s death in 1984? Why not after the killings in Gujarat in 2002? Why did you remain silent when two rationalists were killed, the same way as the professor in Dharwad was? The truth is that there has been a gradual build-up to this moment. Individuals and groups have shown their power by threatening the publication of books they do not approve of, and have persistently made abusive remarks about women in the name of “culture.” Recently they successfully stopped a musical performance by a Pakistani singer; even cricket matches with Pakistan are taboo according to these “patriots.” And in Mumbai, a book launch, as well as a talk by a very eminent historian, had to be held with a strong police force guarding the venues. Equally alarming have been insidious attempts by the government to control academic and cultural institutions.

Both writers, and critics of writers, invoked the Emergency, a time when Mrs. Gandhi suspended the Constitution and imposed censorship. This is, however, worse than the Emergency, for it is a situation in which, very often, the enemy remains unknown. Faceless individuals and nameless groups threaten and attack, they lynch and kill. It was a masked man who shot the professor when he opened his door in the morning to the ring of the bell, violent groups who kill people for their beliefs. Silencing a person with a gun because of his or her opinion had been previously unimaginable for many in India; and it could not have happened unless these people, these groups, had been sure they could get away with killing. As they have.

The killing of Professor Kalburgi in Dharwad was a wake-up call for writers. They were shocked that the Sahitya Akademi, India’s premier literary institution, remained silent about his killing, that it said nothing about the assault on the writer’s right of speech and expression. And this, when the professor had been closely associated with the Akademi, when he had received an award, India’s highest literary honor, from it. Two writers, one of whom was Nayantara Sahgal, Jawaharlal Nehru’s niece, returned their Akademi awards, protesting the lynching in Dadri, as well as the killing of the professor. Some others resigned from their positions in the Akademi, labeling its silence a form of abetment. More writers returned their awards and resigned from positions in the Akademi; it became a flood. Surprisingly, neither the Akademi nor the government seemed to understand the significance of what was happening. Never before had writers in different languages, from different parts of the country, come together, as they were now doing, in a completely unplanned and spontaneous movement. This was unprecedented. In fact, the Akademi, taken by surprise, spoke in a derogatory manner of the protest, of writers and their supporters. But writers knew that their protest went beyond the silence of the Akademi or the government, even beyond their right to write without fear of a bullet or a knife. It was about something that has been troubling many Indians in the last few years: what kind of a country do we want to be? A Hindu nation? A country of bigotry and intolerance? Or do we want to be what we always were—a country of tolerance, of people of different religions, languages, castes and cultures living together without treading on each other’s rights?

Right now, the Akademi has made a statement supporting the writers’ right to free speech. But the writers’ protest has raised questions to which they need to find the answers themselves. Questions like: What role do we play in the country? How do we reclaim our voices which we have lost through the years? And how do we make it possible for debate and discussion to take the place of violence and coercion? Aside from the struggle for independence, writers in India have never had to fear for their freedom to speak and write. Now, there is a possibility that they may be tested as never before, that they may have to defend their constitutional right to freedom of speech and expression. One hopes that democracy in this country will prevail, as it has so many times before. But if this does not happen, writers will have to ask themselves whether they have the necessary courage not to give in, neither to mob pressure, nor to the government’s interference.

Even as I write this, I read that a group of distinguished Indian scientists has written a letter to the President of India, supporting writers and protesting the “systemic spread of intolerance and communal hatred.” A large group of artists, too, has expressed solidarity with writers and spoken of the growing intolerance in the country. Anjolie Ela Menon, one of India’s most distinguished artists, sounded the alarm at the way the government has taken over a number of cultural institutions in Delhi. The students of the Film and Television Institute of India, who had been on strike for nearly four months, resisting the government’s attempt to install a new head of the institute whose main qualification was loyalty to the party in power, finally called off the strike today. Almost immediately, a group of filmmakers joined the movement by returning their national awards.

One does not know where and how this will end. What is certain is that the voices now raised in protest will not be easily silenced and that the cry for an India of tolerance and amity cannot be ignored. What is also reassuringly certain is that democracy in India is vibrantly alive.

One of India's most respected novelists, Shashi Deshpande is the author of ten novels including The Dark Holds No Terrors, That Long Silence, In the Country of Deceit, and The Binding Vine, as well as numerous short stories, and four children’s books. Deshpande makes her home in Bangalore with her physician husband. Her new novel entitled Strangers to Ourselves is out from HarperCollins India next month. 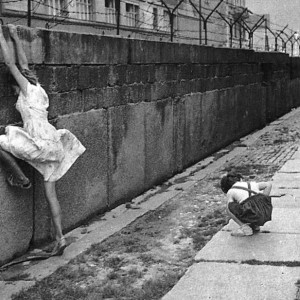 I am the daughter of James B. Donovan. My father wrote about his role in one of the defining moments of the Cold War in his memoir,...
© LitHub
Back to top