"Name the thing what the thing is: It won’t kill you."

At 46 I’m traveling for months, alone.
Over the hill and on the road!
Everyone tells me how they’re jealous:
Lucky you! they cry. Lucky me!

Lucky me, sure. In essentials I can’t say
They’re wrong, but: would it be fair
If being an unemployed, childless widow
Had no benefits? I ask. That shuts them up.

When it happened, Lily the fruit-monger
Thought he had left me. One eyebrow rose,
One rough, inquisitional crag. Where is.
Your husband. Haven’t seen. Long time.

I gave one word: Dead. (He’d left me alright).
Came out just like that. Better than blubbering
That he had passed, like a gallstone or as some Jews
Among WASPs. Or had passed on, like rejection.

Shut Lily up, too: The most natural utterance.
Name the thing what the thing is: It won’t kill you.
My indelicacy, Lily’s gall: Now, I could talk
About dying forever—except who lives so long?

Rosie Schaap is the author of Drinking With Men: A Memoir, named one of 2013’s best books by Library Journal and National Public Radio. A columnist for The New York Times Magazine from 2011 to 2017, she is currently working on a book about whiskey, and on a poetry collection called Fun City. She teaches in the MFA program in creative writing at Fairleigh Dickinson University.

In Every Moment We Are Still Alive 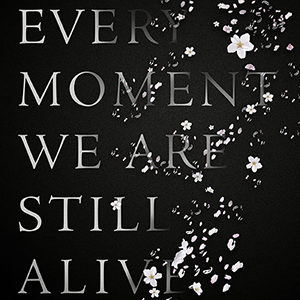 In Every Moment We Are Still Alive The consultant stamps down the wheel lock of Karin’s hospital bed. In a loud voice he addresses the intensive care nurses,...
© LitHub
Back to top