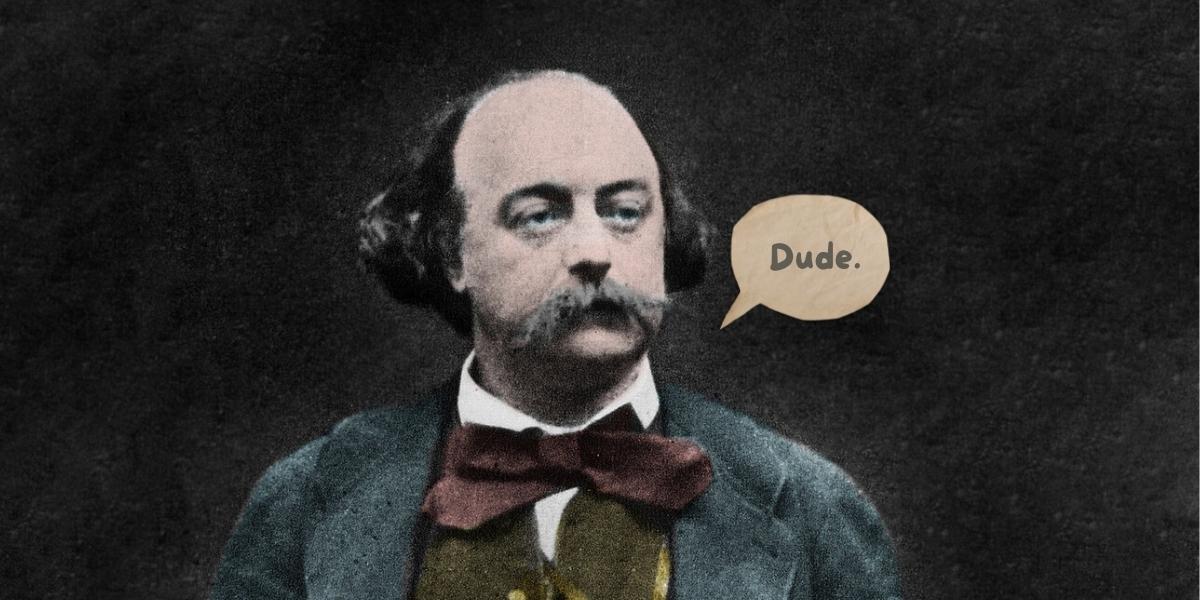 On December 9, 1978, Roland Barthes delivered a lecture in his series about the fantasy of writing a novel. Or rather, he spoke about “Wanting-to-Write,” because he denied he was actually writing one. No, instructed Barthes, it “isn’t true; if I were, I clearly wouldn’t be in a position to propose a lecture course on its preparations: writing requires secrecy.”

Secrecy, up to a point. For the French novelist Gustave Flaubert, born 200 years ago this month, the process of writing necessitated complaining about it, loudly. Following the Franco-Prussian War of 1870, in which he served as a drill sergeant, and the death of his cherished mother in April 1872, perhaps he felt he had much to complain about.

“I shall vomit back onto my contemporaries the disgust they inspire in me, even if it means ripping my chest open,” Flaubert wrote to his friend the literary salonist Edma Roger des Genettes in the summer of 1872. He was contemplating a new project, what was to become his final novel, Bouvard et Pécuchet. It seemed an almost impossible task: “an encyclopedic panorama of human stupidity,” as his translator Mark Polizzotti would later put it. According to Polizzotti, Flaubert read over 1,500 volumes for the challenge. Googleless, the task became so taxing that he gave up after chapter three to write another book, Three Tales. Yet he returned to the novel of stupidity, even while facing financial ruin, driven by his disdain of rigid bourgeois society and its clichés. “One would have to be insane, completely deranged, to take on such a book!” Flaubert continued. Yet continue he did. Alas, he died before completing the work.

The novel mimics a classic tale of human aspiration, the desire to be better and fulfilled. The mimicry is important. Bouvard and Pécuchet are Parisian copy clerks: one tall, one short; one once married, the other a bachelor. After Bouvard receives a sizeable inheritance from his estranged father, they retire to the Normandy countryside to invest in the modern game of self-improvement. They attempt to master disciplines of endeavour, one after another, all with bleakly comic ends. A final scene (plotted but not written) sees them return to the copy desk, having given up on learning and content instead with making perfect facsimiles of knowledge.

It isn’t too far-fetched a claim to say there’d be no Bill and Ted without Bouvard and Pécuchet. (Or, for Christopher Hitchens, no Dumb and Dumber.) The original Odd Couple, the influence of Flaubert’s novel can be traced through Joyce and Beckett into contemporary TV and film. Would Seinfeld and Constanza work without the prefigurate fraternity of Bouvard and Pécuchet? The copy clerks believe in science and progress; that any man (only men, of course) can master a field with the right application. But their efforts, driven by the shame of their poor education and a need for public recognition (that Flaubert himself craved, being not as prolific, for example, as Balzac), fail time and again on the horns of hubris and stupidity.

Perhaps the novel’s most important lesson is to do not as Flaubert said, but as he did.

Yet it is this lack of improvement that marks the novel as contemporary. It is because Bouvard and Pécuchet, and characters such as Frasier Crane and Phoebe Buffay, don’t learn the lesson that they return to square one in the next chapter/episode. And so the story goes on (and on—Frasier, of course, began to fail the minute Niles and Daphne married).

Flaubert’s grand passion was that the stupidity of his time—and ours?—was borne by this flight from the hard work of learning. Like modern day podcast hosts, his odd couple spirit themselves from agriculture to history and archaeology, from literature, politics, and love, to religion and even home-schooling (with the adoption of two orphans) through brief and embarrassed encounters with each subject, never lingering longer than the first failures. Each time an expert, such as the farmer who has for decades farmed the land they purchase, offers advice, the wisdom is rejected in favour of superficial shorthandedness, their own versions of truth and experience; we learn that in any age of information overwhelm, we shall always have to grapple with such folly.

Flaubert’s exacting portrayal of laypeople bragging of their “research” and putting it into fallible practice characterizes our current problem with anti-intellectual and anti-expert sentiment. The pair’s foray into medical knowledge is painful (yet funny) when considering today’s anti-vaxxer movement. I don’t know if it is a relief or unutterably sad that so little has changed in the 140 years since the book was published.

While many people can quote Madame Bovary (“She wished at the same time to die and to live in Paris”), and most aspire to sympathize with Sentimental Education, there are few novels that skewer today’s post-truth politics and information-saturated social media better than Flaubert’s masterpiece. If Sentimental Education is a comedy of manners, full of professional people with pettiness but no passion, product, or motivation, then Bouvard et Pécuchet is a comedy of ideas. Sentimentality is turned on its head; the eponymous antiheroes try absolutely everything while eschewing romanticism. If Flaubert had worn out his ire with modern life with the war, with this final novel he discovered there was still ire in his belly.

In that sense, perhaps the novel’s most important lesson is to do not as Flaubert said, but as he did. A famously hard-working author, Flaubert accepted the encyclopedic journey its writing would require of him. Just like his heroes, “I’m going to have to study a host of things I know nothing about,” he put it flatly.

Such ambition is inspiring, however—even contagious.

“I’m told there is a researcher currently working on Bouvard and Pécuchet,” writes Kate Briggs in her wonderful treatise on translation This Little Art (in which she charts her translation of Barthes’ The Preparation of The Novel). “The story I heard about the researcher,” continues Briggs, “is that she is reading them again. That is, every single one of the books that Flaubert read in order to have his characters read them, or bits of them, as they try and mostly fail, comically, to apply their learning to life. In the same sequence? I don’t know. I hope so.”

Reading Bouvard and Pécuchet today is counsel that expertise, unlike news, cannot be faked. At least Bouvard and Pécuchet took books out of a library, even if they didn’t put their learning into practice for long enough to realize how little they knew. Yes, they fail at everything, but that, in a way, is a form of (comic) mastery.

The version of the novel we read today was put together after Flaubert’s death from over 4,000 pages of manuscript, sometimes cut, rewritten or expanded by his niece and literary executrix, Caroline. This original 1881 version has been unpicked by Flaubert scholars over the centuries; Polizzotti’s 2006 translation is based on the Garnier-Flammarion critical edition of 1999, but without any smoothing of Flaubert’s unfinished original pages. Polizzotti leaves Flaubert’s unfinished chapters to read as they were originally written: a summary of the myriad crises we face.

Pécuchet is the pessimist: “Modern man has been diminished and turned into a machine. … Impossibility of peace. Barbarism through excess of individualism and the delirium of science. … America will conquer the earth. End of the world through the cessation of heat.”

Bouvard, however, is more optimistic, while conjuring images of globalization, solar panels, and the wacky Bezos-Branson space race: “Europe will be regenerated by Asia. … Future inventions: underwater boats with windows. … People will be expected to coat the sides of their houses with phosphorescent substance—and its radiance will light the streets. We will go to the stars—and when the earth is used up, humanity will spread to other planets.”

It would be a good test for us—and our attention spans—to turn to this book and discover again the perilous outcomes of human stupidity.

That Bouvard’s is the optimistic outlook of the two tells us something of Flaubert’s frame of mind while writing the novel, both maddened and terrified by the new spirit of progress. But it also tells us something about our collective attitude to reality: that we are self-devouring creatures, ingesting scientific ideas only to regurgitate them as polarizing and incontestable beliefs.

As a moral for today’s cultural chaos, as well as for its sheer ambition, there’s no finer novel to read to celebrate the bicentenary of the author’s birth. With Bouvard et Pécuchet, Flaubert tested both his own limits and the parameters of the novel. It would be a good test for us—and our attention spans—to turn to this book and discover again the perilous outcomes of human stupidity—and, so doing, learn a little more about our present moment. Flaubert sent a warning to his contemporaries to trust progress only to the extent that its tools, such as scientific endeavor, are employed with skepticism, reserve, and humane handling. But we are in trouble when dispassion becomes indifference, when the dogmatists win out, and their absurdity is paraded as certainty. 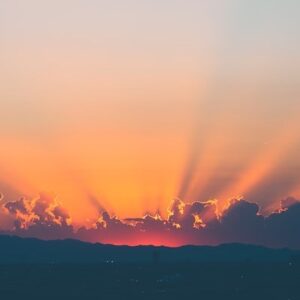