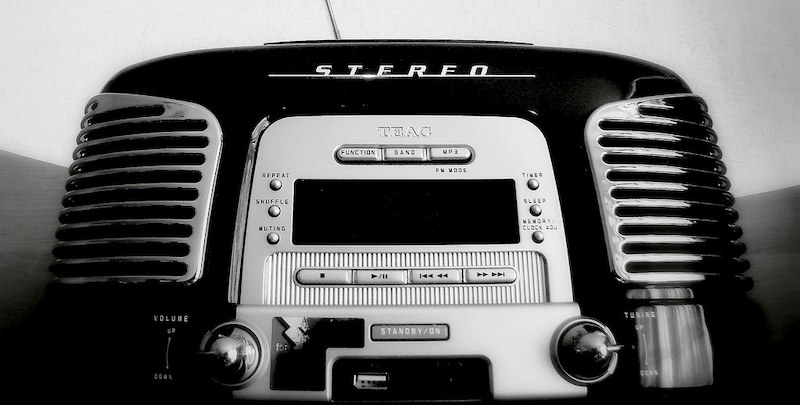 In Search of the Perfect Sound: Confessions of an Accidental Audiophile

I had been a casual lover of music for the longest time during my adult life when a lucky accident happened. Some fifteen years ago, as I said, the CD changer in my stereo micro-system suddenly broke down, and I wrote a friend of mine, Peter Morrison, a former surfer turned English professor in Southern California whom I knew to be an audiophile, asking for advice about getting a new “CD changer” to replace it.

I’d just come back from Italy, where I heard opera performances at La Scala that were life-changing, they were so grand and beautiful. The magnificent first act of Puccini’s La Bohème, about struggling artists in nineteenth-century Paris, had completely changed my attitudes about poetry and music. I suddenly could not do without more of this remarkable art form in my life—to me, a compelling blend of grand music, Romantic poetry, and high melodrama. But living in a small town in Oregon, I’d no regular access to the grand halls of the American metropolises, let alone La Scala.

So, I resolved to build my small collection of CDs to include as much from Italian opera as I could and listen to them every day, storing up capacities for romance, melodrama, and music myself. Here my broken changer thwarted me. Supposedly capable of loading three CDs and then playing them back in order, it rattled and hummed and then stopped working completely one day, clattering to a halt, eating CDs of the Puccini, Verdi, and Rossini operas I’d loaded into it.

To replace it, once I extracted my recordings, I was thinking of a two-hundred or three-hundred-dollar carousel-type unit, maybe a Sony, like one I’d seen at another friend’s place in Santa Fe. It could take up to five CDs in a revolving tray that spun out of a sleek black casing to load, then slowly retracted like a sleepy dragon before playback. But Peter’s answer was for me to consider a “single-disc CD player,” which was only the preface to a long email essay about audio components and audio systems in general that, after my incessant questioning, he subsequently sent me. This, along with my newfound passion for opera, opened up an entirely new world of music and sound reproduction I hadn’t been aware existed.

What started out as merely a wish to hear La Bohème and La Traviata playing daily on a stereo in my living room has morphed into another passion—not only for music and its great archive, but also for audio equipment and what each piece of it could do to bring me closer to what I thought I wanted to hear. I say “what I thought I wanted to hear,” as this has changed over my time in this pursuit, years long now. As my listening acquired more focus and expertise, my ear successively asking first for more romance and warmth, then refinement and tonal purity, then things audiophiles call soundstaging, air, and bloom, I’d identify different components I thought would help me in these pursuits, rapidly changing equipment throughout my first year in the quest, thirsty to hear more and more nuances, reach grander heights, and have more powerful and inspiring musical experiences through an obsessive refinement of my audio gear. I

’d want a system capable of reproducing string and timpani attacks in Beethoven’s Eroica symphony, then one of clarity and timbral richness in the forty-plus choral voices of Spem in Alium by Thomas Tallis, and then another of great dynamic range and separation of voices (both operatic and choral) and instruments in Mozart’s Mass in C Minor. These are not easy tasks for any one system. Ranging across musical types and performances becomes one of the challenges in the hobby, inspiring a seemingly unending quest for the right sound—the “perfect sound.”

What I particularly wanted was a sound more like vintage hi-fi, rich and involving, better-than-life for its romance and sonic colorations.

The pastime took on a life of its own, giving me more to know and tweak as I tried to dial in the sound I was after—not a stable thing, as I said, but one that shifted as I learned that many kinds of sonic representation were considered more “colorations” or even caricatures of sound than actually “realistic.” What I found was that each type of system had its own vocabulary through which it constructed music from these shorter pieces of sonic communication and that its acoustic representation of a recording could, in fact, influence and even school the listener’s ear to accept its particular style of representation as opposed to “getting it right,” which is to say, matching the original master tape’s capture of the live or the studio performance.

During that first year, it turned out that, unlike most audiophile purists who’d spent years in the pursuit, what I particularly wanted was a sound more like vintage hi-fi, rich and involving, better-than-life for its romance and sonic colorations—like old postcards of Hawaiʻi with lush paints and exaggerations of splendor. My favorite sound at the time was “old-time,” my choice in equipment more on the retro side of things.

For instance, after an in-home audition (graciously granted by the retailer), I rejected one very highly regarded CD player for my system because, although it got a lot right, performing through the range of music I listened to in a completely balanced fashion, not overemphasizing any one set of frequencies, not playing orchestra poorly while privileging choral, it also dampened the gorgeousness of midrange bloom, that lushness I’d coveted. Its evenhanded neutrality worked at crosspurposes to the sound I was initially pursuing, to the sound that had indeed initiated me into the love of audio.

It is a touch of heaven, this music, and that an audio system can catch a lot of it amazes and fascinates me.

As my obsession grew, I discovered there was something else behind it that was driving me—a search to reconnect with my father, who passed away over thirty-five years ago, when he was fifty-eight and I just thirty-two. I got involved with using vacuum tubes for stereo accidentally, when, sometime after I acquired a CD player (I ended up buying the very one that my surfer-professor friend happened to be getting rid of ), I saw a photo of a new, Dutch-designed, Chinese-built amplifier that was visually crafted along retro lines. It reminded me of my father’s equipment and, willfully, I wanted that amp to be the one that suited my system. In the end, I bought the amp and rebuilt my system around it, learning how to shift the character of the equipment’s sound by changing its tubes, getting closer and closer to an early 1960s style of fidelity, which then let go a flood of memories of my father building his own equipment, testing it, swapping tubes, asking me to “listen” for him, tell him what the music sounded like.

Back in the early 60s, it had been my father’s hobby, and he’d built amplifiers of his own, filling our Los Angeles suburban living room nearly every night with big band sounds and Hawaiian hotel music. But there was a terrible irony to his listening—he was rapidly losing his hearing as an accumulation of lifetime misfortunes started to take away the easy and fluid perception of sound from his life. A case of scarlet fever in infancy had damaged his inner ears to the point that, as a soldier, gunfire didn’t bother him—a trait that allowed him to place himself behind an abandoned German machine gun and fire it at counter-attacking Wehrmacht infantrymen during World War II, as well as to work a jackhammer building runways for military jets after the war. These experiences had contributed to further hearing loss, which he must have recognized.

Near the end of my first year in this quest for the perfect sound, I listened a lot in the mornings, shifting away some from Romantic Italian operas to Renaissance choral music with its polyphonic vocal lines and profusion of harmonics. This is extremely difficult music for audio systems, exposing limits in their upper frequency extension and lack of transparency, often veiling and smearing the choiring voices into a tangled hash of treble sounds and tweeter scratchings.

I was listening to Allegri’s Miserere, then the masses of William Byrd, the thirty-six-part canon Deo gratias of Ockeghem—music written out of devotion and for religious ceremonies. And my hodgepodge system’s sound was like that of an apse in Assisi. One morning, as I had the Huelgas Ensemble’s performance of Desprez’s twenty-four-voice psalm Qui habitat on the stereo, the Montana writer William Kittredge called. When I answered, he heard the music surrounding our telephone voices and exclaimed, “Heavenly choirs!—Hongo, are you dead? Or am I?”

It is a touch of heaven, this music, and that an audio system can catch a lot of it amazes and fascinates me. Friends and family call it an obsession almost like gambling, and it is, draining a bank account, dominating a day’s thoughts, and lingering into the night sometimes. I think of husbands who built bomb shelters in their backyards and basements in the 60s, Dostoevsky running through thousands of roubles in a day full of casino losses at roulette. As a gambler himself (mainly on horses), my father would always say, “Bet your winnings,” so I follow his advice. When I get an honorarium for a poem or a royalty check for a book, I go online and find more tubes on eBay or a piece of used gear on AudiogoN, an audiophile auction site, that might get me closer to what I’m after—fleeting clouds of music with a leading edge of silver from a sun I can’t see. 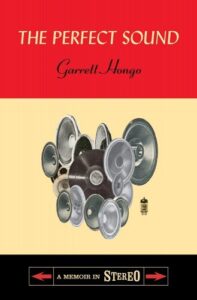 Excerpted from The Perfect Sound by Garrett Hongo. Copyright © 20222 by Garrett Hongo. All rights reserved. No part of this excerpt may be reproduced or reprinted without permission in writing from the publisher.

Garrett Hongo was born in Volcano, Hawaiʻi, and grew up on the North Shore of Oʻahu and in Los Angeles. His most recent books are The Mirror Diary: Selected Essays and Coral Road: Poems. A regular contributor to SoundStage! Ultra, he lives in Eugene, Oregon and is Distinguished Professor in the College of Arts and Sciences at the University of Oregon. 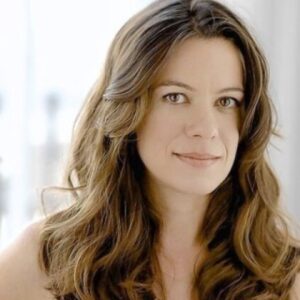 Sara Gran joins Christopher in the Damn Library to talk The Book of the Most Precious Substance, which is wildly exciting—her...
© LitHub
Back to top
Loading Comments...