In Praise of the Unlinked Story Collection

The short story, as a form, has plenty of defenders, who annually produce introductions to anthologies describing the form’s many difficulties and extolling its many virtues. Michael Chabon, in his 2005 introduction to The Best American Short Stories, writes, “The short story maps the most efficient path for spanning the chasm between two human skulls.” Lorrie Moore, in her 2004 introduction, says that a short story “sings and informs and blurts. It has nothing to lose.” Ali Smith, in (where else?) a short story from The First Person and Other Stories, employs numerous similes, including, “A short story is like a nymphomaniac because both like to sleep around—or get into lots of anthologies—but neither accepts money for the pleasure.”

Anthologies, for all their noble intent, seem to emphasize the individual story, but here I want to celebrate the collection, and not, as one might expect, interconnected collections. These latter books, to be sure, are a wonderful genre onto themselves, and they appeal to a part of us that desires unity, that wants disparate elements to come together to form a satisfying whole. Books like Olive Kitteridge by Elizabeth Strout, Late Lights by Kara Weiss, Egg Heaven by Robin Parks, and Turtleface and Beyond by Arthur Bradford use the same narrators, the same locations and the same geographies to create a variation on the novel. (In fact, some interconnected collections are simply marketed as novels, such as Bret Easton Ellis’s The Informers and Ayana Mathis’s The Twelve Tribes of Hattie, and why not? What truly defines a novel, anyway?)

But what I want to praise are collections in which the stories are unrelated, in which the characters are distinct, and the whole of the book isn’t a perfectly cohesive unit but is instead a messy depiction of numerous lives. Of course we assume that writers and publishers spend a lot of time organizing each story of a collection; we believe they try to create a thematic arc, a rhythm to the order, which hopefully makes the reading experience more consistent and enjoyable. But here’s the thing: this matters to me not at all. I do not need a collection to feel “cohesive,” nor do I spend too much time considering the order. Rather, what I adore is precisely the opposite: a rattling journey from plot to plot, from character to character, from idea to idea.

A few recent collections come to mind as an example of what I’m talking about. I’ll begin with Lauren Holmes’s Barbara the Slut and Other People, a funny, thoughtful debut. It opens with “How Am I Supposed to Talk to You?” a story about a young woman going to visit her estranged mother in Mexico in the hopes of coming out to her, though the mother seems more interested in selling the Victoria’s Secret underwear she asked her daughter to bring. Next is “Weekend with Beth, Kelly, Muscle, and Pammy,” about a man named Jason’s platonic relationship with his best friend, Beth. This is followed by “Mike Anonymous,” in which a woman at a health clinic deals with a frustrated Japanese man who insists, despite negative test results, that he’s HIV positive because he slept with a prostitute, who, it turns out, is HIV positive. The point here is that while reading Holmes’s wonderful book, I wasn’t connecting the dots from one story to the next; I wasn’t seeking unity or cohesion. I began Barbara the Slut ready for a talented author to take me anywhere she wanted. And because the stories here are distinct and separate I was able to be wholly present in each one. I empathized with Lala, struggling with her mother’s selfishness (in one scene, while waiting to meet her mother’s boyfriend, she suddenly turns to Lala and says, “Oh, shit, I forgot to tell you something… I only speak Spanish, okay? I’ll explain later”). Then I could move right along to feeling for Jason’s disillusionment with his formerly close friend Beth. And after that, to a scene in which a woman must tell a prostitute that she’s HIV positive. Multiple leaps of imaginative empathy.

You may be thinking a novel can do this too, that, say, a panoramic work like Anna Karenina can capture a similar diversity of emotional inner lives. While this is undoubtedly true, there is an important distinction to be made. A novel suggests, by its wholeness, that each character and each situation is somehow related, thematically or narratively or both, and when we move from story to story in a novel, we seek out those connections. We don’t read each plot in a vacuum. When we move from Anna to Levin in Anna Karenina, we understand the implicit comparison of their lives, judgments are being made—Anna’s immoral decisions lead her to suicide, while Levin’s pious ones lead him to fulfilling love. But in a collection, there is no such comparison. We, the readers, may make connections, but we do not need to, and mostly, we don’t.

Or when we do make connections, they’re more about finding continuity from the ideas of one story to the next. This is the difference between collections and anthologies—collections represent a particular writer’s interests, their preoccupations, their themes. Most of the characters in Barbara the Slut are hapless narrators observing more alluring and enigmatic characters, like Nick observing Gatsby or Ishmael observing Ahab. Holmes is adept at grounding the reader via her narrators, allowing us to study their subjects with a relatable foundation. So as we move through the pages, the sum doesn’t equal a novel, but something more like, well, not life exactly but Lauren Holmes’s version of life: random snippets of numerous lives, some overheard, some confessed. We rarely get the novel of people’s lives. We usually only get a few stories. And what I love about great collections is despite a lack of the wholeness of a novel, something complete and true and hard-won emerges by the end.

Which brings me to Katherine Heiny’s Single, Carefree, Mellow, which is one of the best collections I’ve read in years, and certainly the best one I’ve read this year. Rather than disparate lives commingling in a single volume, Heiny’s characters are all remarkably similar: unsatisfied young women having affairs. Now, this is typical fodder for fiction, but Heiny does something surprising: none of her characters get caught or punished for their behavior. Not once. Moreover, the guilt of adultery doesn’t consume these women. Instead, they view it dispassionately and, depending on your point of view, cruelly. For instance this passage about the rules of an affair: “Marcus had a rule against saying bad things about their spouses. Sadie broke the rule all the time; why have an affair if not to say bad things about your spouse?”

What’s even more scandalous is that Heiny isn’t out to show her characters to be careless, immoral cheaters. In fact, she grants many of her adulterers moments of grace and happiness. Take the ending of “Blue Heron Bridge”:

As she ran toward him, Nina felt for a moment that she was leaving a trail behind her, like a comet. But instead of rocks and dust, the trail she was leaving was made of rose petals and sugar and bits of brightly colored paper, and these were being swept off the bridge in the wind, over the water, over the beach, into the city, so that the people out there would get a tiny taste of the sweetness that was Nina’s now, of the happiness she knew. Because they would never experience anything like it themselves, Nina thought. Never, never, never.

One might find such an ending hyperbolic, histrionic, or sentimental if Nina and her lover both weren’t still married, and with no intentions of becoming not married. In fiction, we’ve come to expect that either cheaters will get their just deserts, as in Anna Karenina, or that their continued selfishness will lead to an empty, unfulfilling life, as in anything Junot Díaz has written. But Heiny knows this isn’t true. The most beautiful and happiest moments of our lives do not care about morality; they don’t bend to our ideals of right and wrong. A tender and true transcendence can occur between two otherwise betrothed people, and the fact they may never get caught doesn’t undercut the meaning of the moment.

Heiny’s brilliant collection does precisely what fiction is supposed to do: it shows us how things are. Not how things are all the time or even how things are most of the time; but rather, how things are in Katherine Heiny’s universe of love and marriage. A novel may have told one of these stories, but that wouldn’t have been enough for Heiny’s interest in the subject. She had to write a number of variations on the theme to get it right. And boy did she.

There is a character in Single, Carefree, Mellow who appears in three stories. This, however, does not make it a linked collection, nor does reading it feel like a novel. Heiny deals with some tough ground, and each story feels part of a larger argument—not about the rightness or wrongness of the character’s choices but about the fact that they make those choices to begin with. Story collections are unique this way: with each successive tale, the reader isn’t compiling a larger plot or wondering about foreshadowed events. Something murkier and more abstract happens. A great short story writer will slowly, methodically, convince us of the validity and the vitality of their project, that these kinds of people exist and that these sorts of moments occur. It is not easy to do, especially when your characters act, according to social mores, callously and selfishly. Maya, the recurring character, isn’t the thing that unites these stories. What unifies Single, Carefree, Mellow is Heiny’s rare ability to find, even in cruelty, humanity, frailty and tenderness.

To Be Called a "Writer" 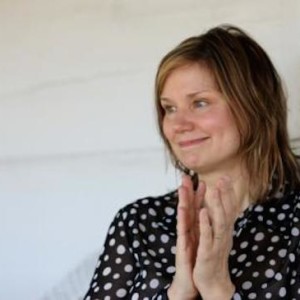 To Be Called a "Writer"

Mary-Beth Hughes is the author of the bestselling novel Wavemaker II, a New York Times Notable Book, and the acclaimed collection...
© LitHub
Back to top