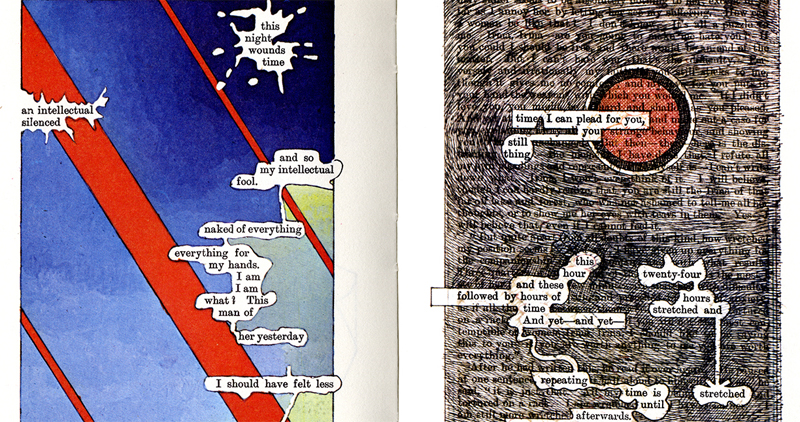 In Praise of the Illustrated Book

Four Great Examples of the Genre

Ezra Pound coined “periplum,” a word he used to signify a map surveyed from the perspective of the mapmaker approaching the topography in question, as opposed to seeing it from above, disembodied and removed. It is a map of experience, a map that embraces the act of process. A fine illustrated book is a sort of periplum—that is, a book where the text and imagery are reliant on one another to such an extent that to remove one would leave the other floundering and a reader trying to understand through explanation, not experience. But working in concert words and illustrations can enhance the act of reading so that it feels more like a journey undertaken in order to see anew what is before you.

In the final installment of Rebecca Solnit’s Nonstop Metropolis trilogy, dozens of contributors, like Teju Cole, Astra Taylor, Barry Lopez, and Molly Crabapple, craft unorthodox mapping methods to peel away countless urban layers in Nonstop Metropolis: A New York City Atlas (read excerpts, here). In her introduction, Solnit poses the book’s fundamental question: “Is it the same city or an entirely different city occupying the same place?” She answers herself: “Both, perhaps, since there has been both continuity and rupture.” From Luc Sante’s recollections of the riots he has witnessed to Garnette Cadogan’s 24-hour walk through the Bronx, Manhattan, Brooklyn, and Queens (along with a round-trip ride on the Staten Island Ferry) all of the collected ways of looking at and moving through New York are very personal perspectives superimposed over the avenues and streets of Manhattan, the convergence of identically numbered streets and roads in Queens. Staten Island becomes the “Mysterious Land of Shaolin” landmarked by the lives of the nine MCs who formed Wu-Tang Clan, from the Park Hill Projects where RZA first heard hip-hop to the bodega that sold the Ole English malt liquor that Ghostface Killah dubbed “Wu.” Another map orients the borough as the primary location where the rest of the city’s trash is dumped, on the island’s western side rising as high as 194 feet above sea level. Taken together the colorful maps and their descriptions exemplify Solnit’s belief that “every map is a story, and by implication every story contains a map.”

In Dear Data, designers Giorgia Lupi and Stefanie Posavec, after having first met one another at a conference, build a friendship by mailing postcards every week for a year, between London and Brooklyn (read more about it, here). The exchanges were not based on words, however, but drawings that visually communicated data collected pertaining to that week’s theme. How often did they check the time? Smile at strangers? Hesitate? The result is a beautifully beguiling collection of graphs and grids, hypnotizing semaphoric patterns, and miniaturized yet astute meditations on everything from alcohol consumption to envy and privacy. In the book’s foreword Maria Popova suggests that the authors “reclaim that poetic granularity of the individual from the homogenizing aggregate-grip of Big Data.” She isn’t wrong. In this cultural era of likes and trending topics algorithms have no truck with “the poetic granularity” of, say, how over the course of the week memories of the past surface, from tastes in music to piano lessons and old boyfriends. In this sense, visual communication might actually cut to the quick in terms of really getting to know many things about someone, especially when executed with the talent the authors possess. That said, their claim that “data can make us more human and help connect with ourselves and others at a deeper level” is hyperbolic to be sure. Luckily, much can be gleaned from Dear Data, not only about Lupi and Posavec, but about how graphic design can encapsulate dynamic nuances and avoid being drolly empirical.

Using a bent for books as a bonding agent for cultivating relationships between people, “socialist entrepreneur” George Whitman opened a bookshop in Paris in 1951, with 1,000 books from his personal collection. In 1958, he resurrected the name Shakespeare and Company, a bookstore and ethos that had been spearheaded by Sylvia Beach before a forced closure at the end of 1941 due to the German occupation. To this day the store at 37 rue de la Bucherie has put up 30,000 “Tumbleweeds”—bookish and writerly travelers permitted to stay at the store in exchange for pitching in and reading a book every day. As Krista Halverson, editor of Shakespeare and Company Paris: A History of the Rag & Bone Shop of the Heart, writes: “For those who’ve entered into the magic of the bookshop, the story of Shakespeare and Company is not simply a set of facts and dates; it’s also a feeling, an emotion.” (Read an excerpt here.) Halverson has poured over a century’s worth of paper, which had sat collecting dust in Whitman’s apartment above the shop: “thousands of Tumbleweed autobiographies, along with thousands more thank-you notes and updates from former guests, announcements of books published and children born . . . There were poems, novels, memoirs, artwork, pressed flowers, and woven bracelets.” Letters from Allen Ginsberg, Lawrence Ferlinghetti, Graham Greene, Noam Chomsky, Anaïs Nin. Countless business cards, including Dick Cheney’s from when he was CEO of Halliburton. It took Halverson two years just to sort through the archives, and now we have this sumptuous illustrated history. The old photographs and reproduced letters, flyers, and clippings remind readers, lest they forget, that great book shops, the same as their inventory, are the result of individuals dedicated to making sure as many people as possible can learn and know and enjoy all that can be captured in a book, and through that connect with others. Even if you have never entered Shakespeare and Company, this book evokes redolent mustiness, the creaking and crinking of readers shifting in their chairs, the sound of iconic authors turning pages as they read to a rapt audience. It is the familiarity of imagination transporting you to times and places you may or may not have been, and in doing so a sense of this place’s personality becomes undeniably present, so much so that you might feel you were there too when Italo Calvino and Pablo Neruda drank wine from empty tuna tins.

Considering Shakespeare and Company’s history, it’s not outlandish to speculate that at some point in time a tattered copy of W.H. Mallock’s A Human Document might have been found on the shelves. Tom Phillips, however, found his copy in an antiques market on Peckham Rye in south London. It was 1966 and the novel cost three pence. Inspired by William Burroughs’s “cut-up” technique, Phillips had been looking for a cheap volume in order “to push these devices into more ambitious service,” as he wrote in the fourth edition of A Humument: A Treated Victorian Novel. Burroughs didn’t invent cut-up writing, he’d just furthered the notion of expression through Dadaist chance operations championed by the likes of Tristan Tzara. Phillips, on the other hand, worked randomly but left nothing to chance. And as the multiple editions of A Humument bear witness, he revels in the idea of limitless possibility. Now, 50 years since the project’s inception, the final edition demonstrates how stories can be equally organic and contrived, like topiaries. From the outset of this project, Phillips found in each page of Mallock’s staid novel story after story emerging in illustrative conversions of the text that isolated words to convey new meaning. There are even characters, including Bill Toge—a protagonist whose appearance only occurs on pages that include the word “together” or “altogether”—and Irma, “who haunted the courtyard of womanhood a wistful mirage constantly coming back to touch his verse.” A Joycean riverrun love story flows. Over the more recent editions some page treatments have remained unchanged. But others have evolved, like page four, which addresses September 11 in no uncertain terms. No longer are there cracked pavement shapes obscuring all the text but for “See, it is feminine / this was broken by / poetry, / read on, / emotions.” The page now reads: “Pasted on the / present / see, it is / nine / eleven / the time singular / which / broke down / illusion”; a roman numeral 9/11 anchors two panels of water-color chaos and two World Trade Center images that also feature Dante and Goya, evoking myth that is ancient and sinister, as well as King Kong-hokey. It is a profound book of ideas culled from the work of another author, who never would have believed that his novel contained multiple other narratives, involving art world farce and charged sexual innuendo.

Phillips’s remarkable “kitchen table task” was concluded just this year with the final treatment of page 367: the lichen patina of W.H. Mallock’s grave marker and the words “your / grave / in / mine / fused / page / for /page.” Tristan Tzara wrote a poem called “To Make A Dadaist Poem,” which includes the line: “The poem will resemble you.” What better way to complete a project that for 50 years sustained a way to reawaken slumbering stories that would have remained unseen without Phillips’s ingenious periplum? In A Humument we read and see creative process, the same as in these other books the wildly different subject matter offers up work that is really about process—the experience of making the respective creations. None of these books are about beginnings and endings in the traditional sense. They are about stories within stories, places and ideas that appear differently to everyone who looks, and in that sense never really end. 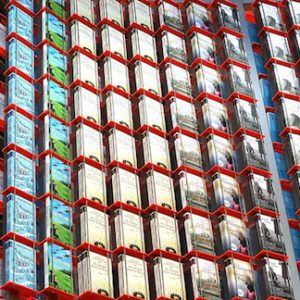 It was a surprising preempt for the German book market—Ayelet Waldman’s A Really Good Day, her memoir of LSD microdosing...
© LitHub
Back to top