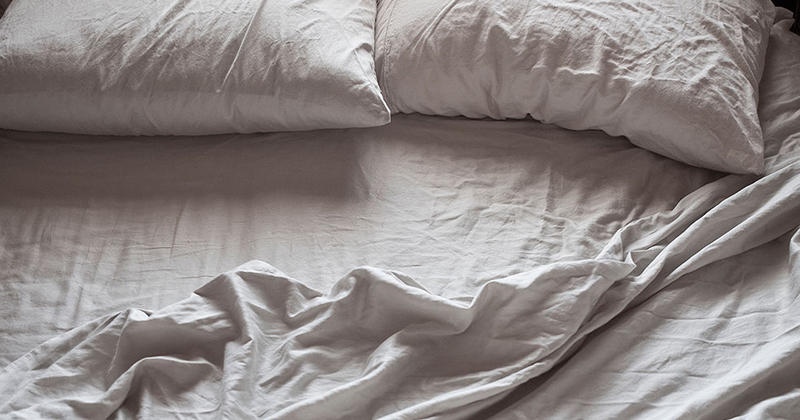 In the Autumn of 2013, I undertook a creative writing workshop. One seminar, our teacher shared what he’d written alongside us. In it, a middle-aged woman lay on a sofa, gently pleasuring her skin with a cold spoon she’d stored in the freezer, teasing it along her shoulders and the crook of her hip. The piece was funny, wry, and very human. Our teacher was a big believer—as he put it in that class—in sex and in shitting. Both, he said, were part of everyday life, and could be present in our fiction; we shouldn’t be afraid to depict the bodies of our characters in their wet, weird, animal, processes: inside their sexual power. This class really struck me, and I started to experiment with writing about sex.

Writing sex is notoriously hard, and certainly intimidating. Alongside the cultural shame many of us have been socialized to feel, there’s also a lack of shared language for sexualized experience outside of cis-manhood and heteronormative experience. There is plenty of terrible sex writing out there, evidenced each year by the Bad Sex Awards, in which hyper-masculine imagery (often sexualizing non-consensual violence); diminutive or patronizing language depicting passive womxn; and description that—more often than not—serves to mystify feminine sexuality and hyper-sexualize girlhood, make up the disturbingly consistent “bad sex tropes.”

I started to attempt writing sex in a different way: hyper-naturalistic, and from inside the heads of womxn. I wanted it to feel subjective and not objectifying, to be located in bodily experience. I didn’t need it to always be sexy. One day I brought a sample piece into class for workshop. In it, a youngish cis-woman has sex at a party; she’s drunk, and although it’s consensual, it definitely isn’t sensual, or even particularly pleasant. I thought I had written something quite funny: clumsy and frank. Many of my classmates laughed, but one, in her feedback, told me she’d found it sad. She said, “The character just seems really unhappy; it’s obviously not the kind of sex anyone would want to be having.”

What she said was—I guess—quite judgmental, but it really struck me, and I went home thinking about it a lot. This work of writing sex was inherently complicated for me. The summer before I’d started the workshop, I had been raped on a first date, and this was by no means the first time I’d experienced sexualized violence. I was beginning, that autumn, to interrogate what this all meant for me, what it was: this sluggish, silencing, wound-up well of shame I carried in my gut; what it made me want to do, to run from, to run into. I realized that the characters who had sex in the work I was writing were deeply disconnected from their bodies, and while they had lots of sexual freedom, they had lost their sexuality as it lived physically inside them. Unable to articulate specific desires, they sought bodily affirmation from others, or ways to escape their thoughts and feelings through substance abuse, whilst simultaneously striving for a sense of control in their own bodies.

I started to talk about all this with my friends, to discuss our own bodies’ narratives and the narratives of sex we had access to. All of this pain and shame felt as hidden in the literature we were reading as the gorgeous, world-transforming sex we knew was also out there: in a space where communication, self-knowledge, and respect overtook the impulse for self-destruction-through-shagging. While, as my classmate put it, this may not have been sex people wanted to have, it was sex people I knew were having. I wanted this to be reflected in fiction, alongside the myriad other ways sex happens or doesn’t. I wanted to be able to read stories that didn’t shy away from pain and complexity in a bid to always depict (the same kind of) womxnhood as sexy and desirable. I wanted to be shown that healing is possible, and to start to explore—through fiction—the kinds of sex I might be longing for.

“I wanted it to feel subjective and not objectifying, to be located in bodily experience.”

My writing class was in 2013, and I find it astonishing and exciting how rapidly things have been changing ever since. It feels like we are writing and reading in a literary moment where more inclusive, radical, and transformative depictions of sex are slinking into the anglophone mainstream in a delightful haze of fluffy pubes and lovely queer bodies (of course, they’ve always been there, but it seems to be more and more central). My first encounter with a novel that depicted both sexual assault and the beginnings of a recovery steeped in love was Chimamanda Ngozi Adiche’s Americanah. The Neapolitan Novels followed, with their sharp interrogation of how gender and class intersect, and of sexual awakening and violence. Sally Rooney’s novel Conversations with Friends is frank and acerbic in its exploration of a queer 21-year-old’s (constantly overlapping) experiences of sex, politics, insecurity, and love. Sphinx—a novel by Anne Garreta and translated into English by Emma Ramadan—tells a love story between two people whose genders are never made known.

Right now, it feels like short stories are leading the way on sex; Carmen Maria Machado’s collection Her Body and Other Parties didn’t remotely shy away from the violence that is experienced by womxn and held in their bodies, but there’s such tenderness and fantasy in these genre-bending stories that they offer healing even as they hurt. Miranda July’s depictions of sex (both in her novel The First Bad Man and recent short story “The Metal Bowl”) blow apart stereotypes of desire as she writes into the tension of (a white) womxn’s sexualized power and simultaneous objectification. Last year’s viral short story “Cat Person” saw Kristen Roupenian explore sexual dissatisfaction and unenthusiastic consent.

These—and many more—are stories in which characters are having sex within a context of empowerment (or where there is an explicit awareness that they aren’t); sex that is loving or funny; with depictions of violence that aren’t sexualized or used as plot devices, but are instead a mode of understanding and empathizing. It is an exciting time, and I for one want more of it: sex through the eyes of womxn, written in language that embraces actual bodies, disabled bodies, fat bodies, trans bodies, rather than always being a white, heteropatriarchal fantasy of quiet, violent submission.

S. K. Perry was longlisted for London’s Young Poet Laureate in 2013 and is the author of the poetry collection Curious Hands: 24 Hours in Soho. She lives in London and Let Me Be Like Water is her first novel. 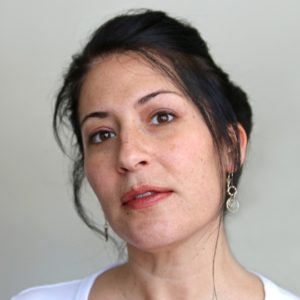 In 2016, I had the opportunity to meet and introduce Ada Limón for an event at Sam Houston University in Huntsville, Texas....
© LitHub
Back to top