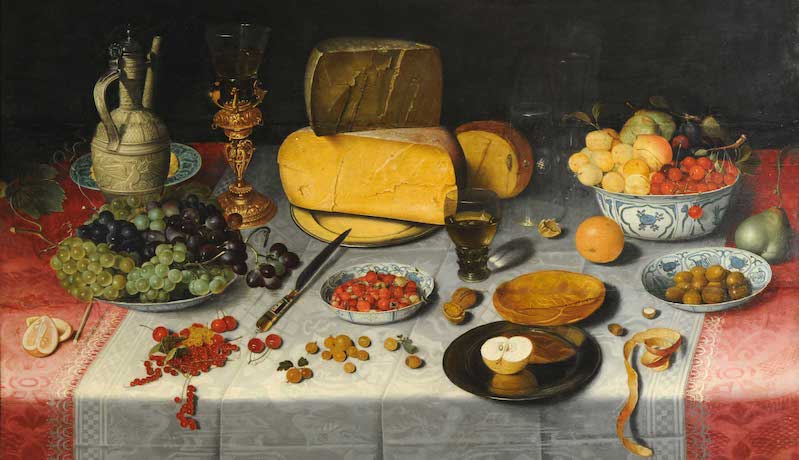 In Praise of Digression, Both Literary and Culinary

Thom Eagle on 'Being Alive to Other Possibilities'

I always think that there are two essential ways to approach cookery. The first is to start with an idea of what the dish you are making should be, what precise arrangement of ingredient and technique you wish to create and to work backwards from there. This is the approach which gives us a steady demand for aseasonal goods, a misguided ideal of perfection, and Michelin stars.

The second, which I think more accurately represents many people’s experience of making dinner, is to look at what you have in front of you and think to yourself what could this become? The first path implies confidence, of course, but it is a false kind of confidence, assured only when the terms of engagement are defined solely by itself.

The latter might seem open-ended and vague, but in truth it requires more discipline; you must have ready in your mind a thousand different ideas, all of which will be discarded, when it comes time to plate, but one. You might read a recipe and task yourself with finding all of the necessary ingredients to recreate it exactly—never mind the expense—or you might instead go shopping and see what the market or the supermarket gives you.

I know it is bad form to read one’s own reviews—or at least to admit to reading them—but during this time of forced inaction I find myself doing so often. All of mine, good or bad, tend to focus on the idea of digression, whether in the positive form of a calm and productive meander or more negatively as a waste of time. Get to the damn point, some readers say, and it seems the field of food in which I happen to write is particularly susceptible to this criticism.

We are all probably familiar with the complaint that food bloggers try their readers’ patience with narratives personal or political when what people want is the recipe, raw and unadorned. Food writing occupies a strange space for the simple reason that everyone cooks or at least eats and therefore feels themselves qualified to offer up an opinion upon it; the same is not true of other fields of more or less creative nonfiction.

We do not demand that a piece of nature writing, for example, be in some fashion useful in the way that a cookbook or a spotter’s guide is useful and so they are free to pursue their aims in their own time. This, to be clear, is not the same thing as wandering wherever they will.

All of my reviews, good or bad, tend to focus on the idea of digression, whether in the positive form of a calm and productive meander or more negatively as a waste of time.

I had long loved digressive strains of narrative nonfiction, the rambling city of Iain Sinclair, the sprawling wilderness of Robert Macfarlane, the common ancestor they seemed to share in WG Sebald, without it occurring to me that I could write about food that way. Appropriately enough, perhaps it was a chance encounter with a single phrase THAT eventually inspired me.

Quoted in an essay from a collection of writings on Sebald I now cannot find, just as I cannot recall the origin or the subject of the quotation, was the description of certain writers or perhaps fictional characters as inspired by “methodical rigor and lacerating nostalgia,” and that was it, an encapsulation of what I thought food writing should do. On the one hand, it should communicate the demands of craft, expressing the physical skill of cookery with words on a page; on the other, food writing should convey emotional content, the ability of food to carry inside it memories personal and historical. It was crucial for me that neither of these strands should dominate above the other.

When I first began to write seriously about food I knew that I did not want my writing to be baldly useful in the sense that recipes are, but neither did I want it to be that free-form sort of food writing which turns out in the end to have nothing to do with food at all. We are so often told, with a sort of apologetic cringe, that food writing is important because food reveals history, culture, an empire in each dish; I think rather that these things are important because they are about food.

What I try instead to set down is something which reflects my own experience of cooking both professionally and at home, rigorous in its methods, discursive in its detail and alive always to other possibilities. In doing so I have often looked to other writers for guidance – or to put it another way, for permission. The first real long-form cookery writing I remember reading is Tamar Adler’s An Everlasting Meal, which was serialized in the Guardian around the same time I started thinking about such things.

Here, seemingly from nowhere (unaware as I was then of the rich tradition of American food writing of which Adler is clearly both a product and an exemplar) was a book which dared to take the act of cooking seriously, to let it anchor the writing wherever else it might go.

There is only so much distraction you can deal with when you have to put food on the table. It is dinner itself that holds my concentration. You start with an onion, the culinary once-upon-a-time, and immediately face a series of choices. Slice or chop? Across the grain or with it? Finely melting or chunkily present? Oil, butter, or dry-fried as they do in Ethiopia? Caramel brown or limpid yellow? Each of these choices will lead to another and another. Allowing each to arise in your mind as you cook and to follow or dismiss them as you like is one—and for me the most logical—way of approaching dinner, and therefore also of writing about it.

But the meal must be there to come back to. There is only so far you can get lost in the history of the onion, its movement across the globe initially with the Roman empire, the different uses of the small and strong English kind, the sweet red Tropea, the white-skinned ones you get in Turkish grocers, before you are pulled back by the need, next, to consider celery, and to begin the process again. 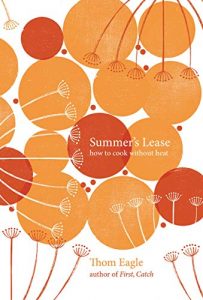 Thom Eagle’s book, Summer’s Lease, will be released in June.

Thom Eagle is a writer, chef and fermenter currently based in East London. He has presented at the Oxford Symposium of Food & Cookery, writes the psychogastronomy tinyletter, and contributes to At The Table, Market Life, and Locavore magazines. His first book First, Catch was shortlisted for the Andre Simon Food Book of the Year and won the Debut Food Book at the Fortnum and Mason’s Awards.

Live at the Red Ink Series: On Writing and Being Haunted 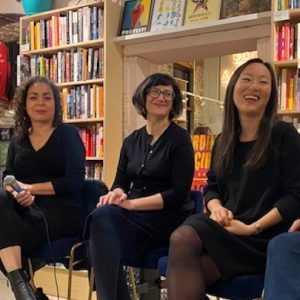 Live at the Red Ink Series: On Writing and Being Haunted

Red Ink is a quarterly series curated and hosted by Michele Filgate at Books are Magic, focusing on women writers, past and present....
© LitHub
Back to top
Loading Comments...