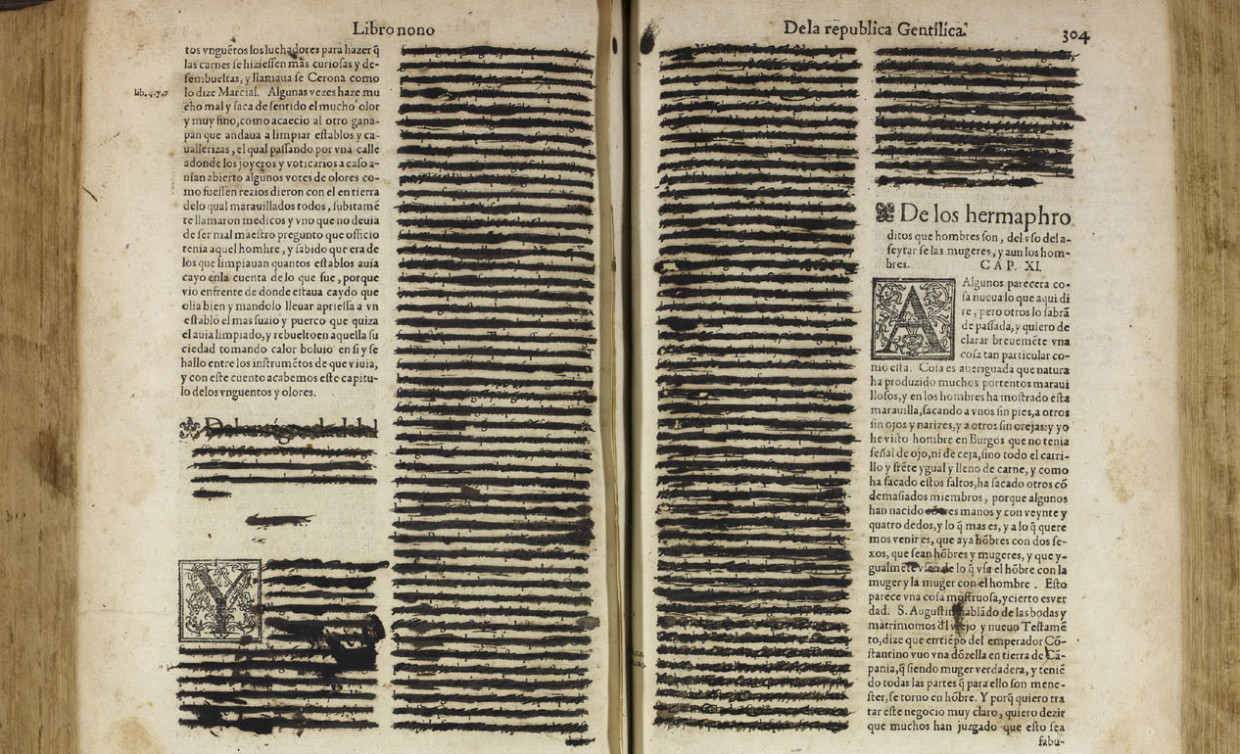 VIA THE JAMES FRANCO REVIEW

In Defense of the New Censorship

'Political Correctness'=An Awareness of the World We Inhabit

I haven’t even started yet and most readers are going to tweet this article with the tagline “a defense of the new censorship” or “Founder of The James Franco Review defends censorship.” But a small percentage of you are going to read this. My responsibility is to write this article knowing that my words will stand long after I’ve dropped the mic. My responsibility, as I write this, is to know that writing—as expressed by James Baldwin—“is an act of I love you.” This means I’m responsible for what I write because you, dear reader, are taking the time to experience it.

It doesn’t matter what you think.

all you can do is choose them

or choose to remain silent

“We move” Rich asserts, “but our words stand/become responsible” and the poem explains that we can’t get around this fact. Writers, we will be misunderstood, but we will also misunderstand.

Language can be powerful but it is also limiting. Just as surely as one person can use language to express something they never thought they could put into words, language can also be used to oppress, to silence. Those of us for whom language is our art, know, or should know that we have to use it wisely and well.

For those who are gender nonconforming or trans or who have non-normative love arrangements there is often the necessity to create new words (Paul B. Preciado’s book Testo Junkie is spectacular at this) or make due by using pre-existing words in new contexts. For example, when I tell liberal friends that a trans masculine partner prefers the neutral pronoun “they” the first response is often “I’m not going to be able to do that.” Sometimes I give an example sentence: “Professor M is going to the store. They are buying groceries.” If someone still resists and I’m feeling unnecessarily generous I say “Ok, but I don’t really have a choice.” But when I’m feeling annoyed, I think—why do you have a choice? Why does your comfort reign over the comfort of this person I love? The rest of the world will choose a pronoun without asking, so I instead ask close friends to offer something that the rest of the world won’t.

But these individuals (some of whom are writers) might not realize that in this moment they are choosing to be like the rest of the world: to disregard language, overlook its power, to not make it new.

Most people, regardless of experience, tend to become sensitive to the power and problem with the English language when learning one much different.

Robin Wall Kimmerer, in her book Braiding Sweetgrass shares the process of learning the Potawatomi language as a native English speaker:

English is a noun-based language, somehow appropriate to a culture so obsessed with things. Only 30 percent of English words are verbs, but in Potawatomi that proportion is 70 percent . . . European languages often assign gender to nouns, but Potawatomi does not divide the world into masculine and feminine. Nouns and verbs both are animate and inanimate . . . Different verb forms, different plurals, different everything apply depending on whether what you are speaking of is alive.

When I’m feeling generous and someone tells me “they” as pronoun for one person is impossible to use, I respond “I don’t have a choice.” Similarly, as a writer I must hold myself accountable as I wield language and be aware of what I convey and how it sounds from someone like me (white, female, queer). In beginning creative writing classes we are told to make language fresh, make language new, and so I argue that all writers have the responsibility of accountability, of awareness.

This past August Anne Rice asserted that fiction writers don’t actually have that responsibility—that this responsibility is a dirty term called political correctness that is censoring art. Rice isn’t the only one who has said this—it is a very old argument and it’s also recently been expressed by comedians, and the edges of it have been found in the Best American poetry scandal as well. It is a call to not hold one’s self back, to have room to offend one another. This is an important notion, particularly in comedy. In most improv classes one is told to assume positive intent from the group because we can’t always stop what comes through us. We can’t help but be the products of what we take in and experience. For that reason I find the assumption of positive intent problematic as it seems based on a utopia created by a straight white mind: we are all one. All our lives matter, all our desires are valid. From this deliriously happy zero space, a fiction writer or a comedian can express multitudes!

Until the moment a politically correct dart pops that bubble. This is what seemed to happen to Anne Rice, when she heard the critique of a romance book she hadn’t read.

There are forces at work in the book world that want to control fiction writing in terms of who “has a right” to write about that. Some even advocate the out and out censorship of older works using words we now deem wholly unacceptable. Some are critical of novels involving rape. Some argue that white novelists have no right to write about people of color; and Christians should not write novels involving Jews or topics involving Jews. I think all this is dangerous. I think we have to stand up for the freedom of fiction writers to write what they want to write no matter how offensive it might be to some one else.

As an aside, I’m interested in these forces at work in the book world. I didn’t know they existed. Where are they? Somehow, as a queer writer who struggles to publish queer narratives, I’ve missed the work they’re doing.

The question I see hidden in Anne Rice’s response is “why is this a problem now?” The thing is, it’s always been a problem, it’s just that the voices of dissent weren’t even just censored. They weren’t visible.

Throughout the month of October The James Franco Review released an emergency issue of micro essays exploring the role of political engagement in literature. Writers explored literature’s relationship to safety—a kind of safety that is much different than what Anne Rice cries out against.

Rochelle Hurt, in her critique of Me, Earl and the Dying Girl writes:

Stereotypes are harmful for the same reason that they are boring: by repeating a single depiction of a human experience, they exclude the possibility of complexity—and complexity is, of course, connected to empathy. If we understand that social groups are not monolithic, that they are composed of myriad complex individuals worthy of attention and empathy, then we’re one step closer to social justice.

Nancy Jooyoun Kim was once in a creative writing workshop with a white writer who, rather than make the Black character in his story fully realized, decided to go the easier route and make him white. In response she posed this question:

Is it easier for everyone (including people of color) to write about white people? Straight people? Able-bodied? Middle and upper class? Because no one questions the authenticity of those things, no one wonders whether they’re being stereotyped, or whether the writer knows enough about that experience to write it.

Jeremy O. Harris used form to show the impossibility of narrative under the terror of violence that black and brown bodies face daily by having his narrative continually interrupted by the transcript between Sandra Bland and Officer Encinia. Ahsan Butt faces the weight of constantly having to justify the existence of his Muslim characters.

I may write about Saira and Waqas unpacking their groceries with all the cherished profundity of small-moment lit, yet if their Muslim-ness goes undissected, the story seems lacking or underdeveloped, as if writing Muslim characters requires justification.

These writers are more likely to go unpublished, many are trolled and critiqued on twitter daily and it’s not because they weren’t PC enough, and this hushing, this lack of representation is cloaked within complaints of narratives being too experimental, or not representative enough of a particular race based experience, or not showing enough of a coming out experience.

While some writers complain about having to make language new, of being held to higher artistic standards, there are writers who struggle to be seen, for their use of language to be considered valid.

When I am feeling unnecessarily generous I understand that what’s cloaked here is Anne Rice’s desiring something different from literature, something more dangerous and queer. I do too, but it’s not political correctness that’s keeping us from this more exciting utopia. Its avoidance. Rather than go deeper or use language with radical care we prefer to look away, to not represent the thing, to use the same stereotypes. Political correctness, or awareness of the world we inhabit, affords us the opportunity to find new ways of writing, keeps language as sharp, revealing, and relevant. Our words stand. Use them wisely.

Corinne Manning is the founding editor of The James Franco Review, an online journal dedicated to the visibility of underrepresented artists. Her writing has appeared in The Nervous Breakdown, The Oxford American, Arts & Letters, Southern Humanities Review, Vol. 1 Brooklyn, and as a chapbook through alice blue review's Shotgun Wedding Series. 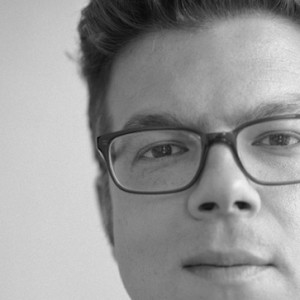 In the first half of Paul Holdengraber's conversation with newish genius Ben Lerner, the two chatted amiably about sleep-deprivation,...
© LitHub
Back to top