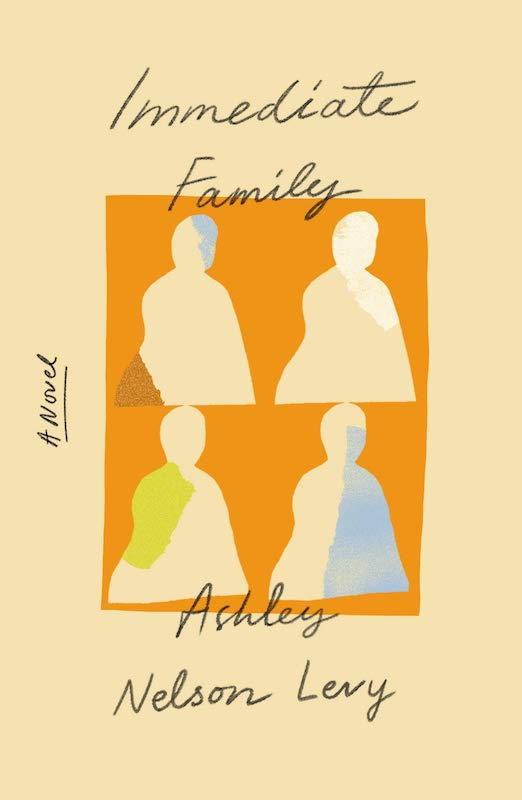 The following is excerpted from Ashley Nelson Levy's debut novel, Immediate Family, a story of siblings, lineage, and the many definitions of family. Levy is the founder of Transit Books, an independent publishing house with a focus on international literature, and is the recipient of the Bambi Holmes Award for Emerging Writers. Immediate Family is her first book.

Last night I told you that today might be hard for us, and you said why, and I said because you’ll be married and all grown up, and you said I’m already grown up, and gave me a look that I’ve never seen on any face but yours, a kind of mischievous pride that wavers between the certainty of your own truths and the question of whether you’ll get away with them.

I was supposed to be with our mother, helping fuss over the bride, your soon-to-be wife, but instead I made my way over to your corner of the Mexican restaurant during the rehearsal dinner. Over your head was a red piñata and behind you was a large dark window that a few hours before had held the beach. You were surrounded by our father’s friends, holding a beer that was as much a display item as the piñata; what you probably wanted was just an ice-cold Coke. The other hand was in your pocket and you hunched a bit in your collared shirt, happy to be noticed, to be at the center somehow, but unsure how to handle your body as a result. A month ago you had called to ask if I would give you a speech. When I saw your name I wondered if you were calling to apologize, to set things right between us, but instead you cut right to the question. This is exactly the way you said it: Will you give me a speech.

I marveled at the feeling your voice brought, like no time had actually passed, like the bad things hadn’t happened or maybe they still had and regardless here we were.

I listened closely to the sound of your voice because I didn’t hear it as often these days, and rather than being upset like I’d thought, I marveled at the feeling it brought along, like no time had actually passed, like the bad things hadn’t happened or maybe they still had and regardless here we were, back to our old selves again. A speech? I said. Isn’t that a best-man thing? And you explained that your best man had backed out of the speech, maybe even backed out of the wedding, and you didn’t want to talk about it because it was a long story and please. You said please twice, please give the speech, you were in a bind. Otherwise would you really be asking your sister?

Did Mom put you up to this? I said, and you breathed a loud sigh into the phone, like those brief hits of Northern California wind that come from nowhere out of the sunshine and push all your hair into your face, unsettling an otherwise pleasant day. The sigh made you sound like you had lived a long hard life even though you were 28 years young and seemed to lose accountability like a sock in the wash.

So it’s a best-sister speech then, I said.

When you called a month ago, I realized that I had never put words to our kind of love, and how it had always felt a little different from everyone else’s. I didn’t know how to angle it into the light, to see through it, and instead I longed to just buy the cake and wear the dress and show up on time to explain that I love you. Because what did I know about which facts should be collected or shed in the story of a person?

You remember how I was in my teens and twenties: I took pride in saying I didn’t want marriage or kids. We lived in a place where children grew up and stayed, multiplying to keep the Catholic school running, and I longed to escape a cycle. It never required much of a leap, that certainty that a disinterest in marriage and children made me not only different but better, like the sexy aunt in the movies who comes to shake up the family on a weekend visit. That kind of woman always seemed to have lacy underwear, a bottle in her purse, a wrecked beauty that, back then, I found enviable.

What I never told you was the shock that came in my 30s, the kind people talk about but I’d never believed to be true, when I started to imagine my body with a baby inside it. Suddenly my brain was host for biological takeover, and the invasion spread to your brother-in-law, too. Almost overnight he began clucking at children on the street, on social media wearing funny hats, while I dreamed of the powdery scent of a baby’s skin, the softness of their feet, the heat produced from pressing them against my chest. I dreamed of an imaginary child with the wistfulness attached to romantic longing. It was a desire without a history, like new skin grafted to a body, a foreign organ implanted. But the old resistance was still in there, too. I pictured myself swollen, constipated, the acne returned to my face, leaving it cratered like the moon, its blemishes visible a planet away. I pictured rock-bottom fatigue, the carpet a plastic minefield, a pillow over my face to capture the scream. I had heard what the disruption would kill off temporarily—sleep, sex, two minutes alone in the bathroom—but no one could confess to the larger question: What were the permanent losses?

In truth, I knew what disruption felt like in a house, how it stayed with you even after you left. I remembered how the world transformed with you, and I wasn’t sure if the two fears belonged to each other. I wasn’t sure if this had been the root of the resistance all along. It began to eclipse so much of my thoughts that finally one morning I went to the doctor in secret, suddenly starved for the cold, objective truth of a medical professional.

I told her I was scared about what a baby would do to my body, my life. I told her lately all I dreamed of was babies, and in the dreams I was happy, but when I woke I found myself steeped in sweat. And instead of telling me it was all right, that I was a normal person, which I realized halfway through was the reason I’d paid to come, she told me I should prepare to be patient, for women like me who have follicles on their ovaries the process could be arduous. Arduous, she repeated, after my question. She reminded me there were always other options. Would I consider other options?

I used to think that a fertility clinic would be the kind of place where women cried while they waited on the couches for their names to be called. But most of us waited for our names just as we wait for the bus. Once a man came in with his girlfriend and looked at us waiting-room women as if we were contagious, as if he were going to start his period on the way home. This may be the reason I always preferred to come alone. I liked the feeling that we were all banded together against something while we waited, even in our silence.

To make someone wait: the constant prerogative of all power, Barthes writes.

Sometimes while we’d wait I’d hear the nurses’ laughter in the background and think, why not share the joke? I felt like telling them: those of us out here can appreciate a joke as much as anyone. But then I remembered that there are people in this world who want you to be a little bit apart, as you know. They want to know, I suppose, that they’re safe from the things about you that scare them.

While I waited, sometimes I thought of you. I thought about how secrets change. When your brother-in-law and I first started trying for a child, it felt like the most exotic secret we’d ever made together, second only to falling in love, and we carried it around for weeks, holding it as close as a child itself.

When the weeks of trying turned into months, the secret suddenly felt too heavy to keep; I told our parents and one or two close friends. I didn’t have the strength to air it out to everybody, though seeing it written here that doesn’t appear entirely true. I don’t know why I held it so close for so long.

Here are the best reviewed books of July. 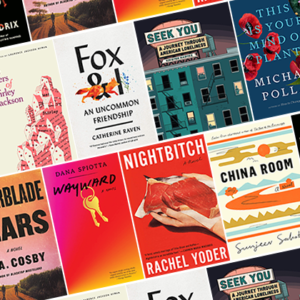