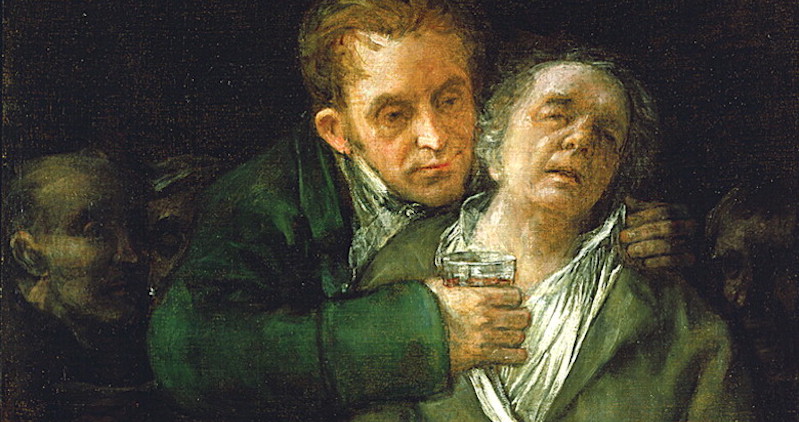 If Only Doctors Could Treat Historical Guilt

Katharina Volckmer on Fascism and the Shame We Cannot Hide

Like ice cream, shame comes in many different flavors and colors. Some we grow out of, like smurf or bubble gum ice cream. Others we only understand as adults—the bitter flavors that come with less appealing colors, like coffee ice cream, which I hate to this day.

Some flavors of shame are so sweet and popular that they have made it into commercials, accompanied by some motivational tune about strength, empowerment, and pride. It has now become lucrative to talk about period blood (it’s no longer shown to be washed off socks as it was during my childhood in the 1990s) or so-called “other,” less than perfect body shapes. The occasional fat woman gets a chance to smile on television.

Yet there are forms of shame that we will never see on television, that we will never conquer with “positivity,” that are simply too uncomfortable. Domestic and public shame are two very different beasts. There are things we are too scared to admit even when the lights are off and we know that nobody is watching. No filter will ever make this kind of shame presentable. It bends our hearts and minds and we feel it every time we move our unrelenting bodies.

And just like there are rules for how to stroke a cat, there are rules for how we “do” shame in public and I believe that there can be an unhelpful sense of comfort in acknowledging the shame that comes with historical guilt. Because as long as it’s in sync with the overall concept of that guilt and you look sufficiently betroffen (shocked and affected) it shields you from having to ask yourself any further questions. These rituals have become empty and yet shield you from despair because you did the right thing.

Fascism is a monster with a million heads that keep growing back.

You followed the official guidelines for how to behave in the event of an historical atrocity and you can rely on the passage of time to paint little figures of absolution on the walls of our collective memory.

The German approach to their obvious shame has always been quite vanilla. And I’m not even referring to their colonial past, which they have managed to turn into a tale with a happy ending. They arrived late to the sharing of the cake and they left early. Almost no harm done, a walk in the park, a genocide they didn’t have to acknowledge for over 100 years. No past they needed to deal with.

The other genocide that they arrived at with years of practice under their belt and a clear concept of what makes a human subhuman was too big to be brushed under the carpet. But they wouldn’t be German if they hadn’t found a way to feel smug about it, if they hadn’t claimed that at least they had dealt with their past better than the Russians, that nobody ever felt more sorry and that even grief could be a competition.

In Malina, Ingeborg Bachmann writes that “History teaches, but it has no students.” She knew that underneath the acceptable flavors of shame and guilt that could be dealt with, there were those other flavors. Those they didn’t mention at school because they had buried them in the most repressed corners of their hearts and homes. To acknowledge their existence would be to acknowledge that fascism wasn’t a head that they cut off and a body that bled dry. It wasn’t something they saw dying with their own eyes. Instead, it’s a monster with a million heads that keep growing back. Many of us nurture it in the dark.

When writing The Appointment I was interested in the combination of bodily shame and the language, history and geography we are born into. I wanted to see what constitutes our identity, what our real outlines are and whether there is a way out, what happens when our domestic shame becomes public and we stroke the cat against its fur.

For Germans, the Holocaust is the holy grail of shame. It is something that we like to keep polished and shiny. To bring anything else into it is considered to be vulgar beyond belief because we like to keep our shame respectable. It’s a form of staying in control, of dominating the narrative and keeping it predictable. Yet I believe that we are guilty not just in our minds; we feel shame with our whole body. It’s not something abstract. We are physical entities and our victims are killed with our hands. This novel is also a love story. Our hearts break in our bodies and our minds.

Victims deserve for us to come bare, to break free from the histories we have taught ourselves and to stop feeling comfortable in our own narratives.

And so, my German protagonist is talking to a Jewish doctor, Dr. Seligman, the silent centrepiece of the novel. He is not a rabbi, not a shrink, but a doctor. When we confess all that goes on in our troubled minds and bodies (and this holds true for all historical guilt) we cannot talk into a void. And even though I felt that this text had to be written in the form of a monologue, that it had to be undiluted to find the right tension, I still think it has elements of a dialogue. It’s a conversation between two bodies even if one of them seems to be silent. And it’s not a scandal, it’s not outrageous. If anything, I think of it as an act of devotion.

When I wrote this novel there was not a single sentence when I didn’t have Dr. Seligman in mind, when he didn’t sit in the room with me and when the protagonist wasn’t feeling her way alongside his pain. As she slowly pulls him down from the pedestal that the Germans have put their Jews on as their favorite victims, she pulls him into real life. His body becomes as palpable as her own. And as she talks about the body and the language she never wanted to be born into, her Jewish doctor in London becomes the perfect confessor because who would understand better than him?

Together they open up a space that I believe all victims and the descendants of victims deserve. They deserve more than just nodding faces full of sympathy and the same old apologetic flavors. They deserve for us to come bare, to break free from the histories we have taught ourselves and to stop feeling comfortable in our own narratives. They deserve more than watching us shove the chess pieces up our ass and wondering why nobody wants to play. 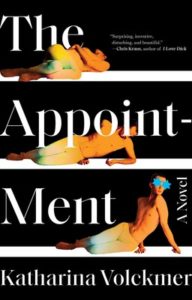 Katharina Volckmer was born in Germany in 1987. She now lives in London where she works for a literary agency. The Appointment is her first novel.

Thank You for Voting by Erin Geiger Smith, read by Lisa Cordileone 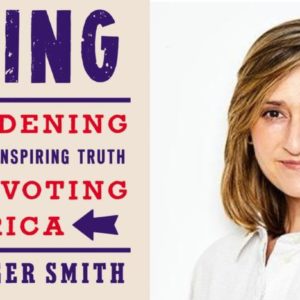 Thank You for Voting by Erin Geiger Smith, read by Lisa Cordileone