If Fiction Changes the World, It’s Going to Be YA

Young adult fiction is like totally lit right now. (There, I’ve given away my advanced age in the first sentence.) Actually, as you may have noticed, YA has been popular for quite some time, but recently, it’s gotten even bigger, in part as a result of the way it directly engages with up-to-the-minute social issues. Recently in The New York Times, Alexandra Alter highlighted Angie Thomas’s recent bestseller The Hate U Give—inspired by yet another shooting of an unarmed black American by a police officer—as part of “a cluster of young-adult novels that confront police brutality, racial profiling and the Black Lives Matter movement,” including “several… debut novels from young African-American writers who have turned to fiction as a form of activism, hoping that their stories can help frame and illuminate the persistence of racial injustice for young readers.” (A companion piece highlighted a few of these new books.) In trying times like these, the notion of a novel as a form of activism seems only natural: everyone must respond to the current political, social, and emotional moment in their own way, and for writers, that way is on the page.

But it’s notable that literary fiction has not responded to the new cultural climate (or perhaps just the gross unwrapping of the culture we’ve always had) in quite the same way—or at least with the same alacrity. Literary writers have certainly been responding to the rise of Trump, Black Lives Matter, threats to transgender and other human rights, racism, sexism, et al, but at least so far, this response has primarily taken place in nonfiction. New books like Mychal Denzel Smith’s Invisible Man, Got the Whole World Watching: A Young Black Man’s Education, and The Fire This Time: A New Generation Speaks About Race, edited by Jesmyn Ward, tackle contemporary racial issues head-on, but books about race come out every year. A shiny new crop of feminist manifestos were published around International Women’s Day this year, which is “proof at least,” as Melissa Benn points out, “of the presumed commercial buoyancy of the new feminism.” (The feature of Benn’s dek asks “can books by Jessa Crispin, Chimamanda Ngozi Adichie, Catherine Mayer and Jess Phillips harness a wave of popular energy?” but Benn doesn’t exactly answer this question—probably because the answer is no.) Lots of literary voices have written essays about social justice and how we’re meant to go on, of course—and many of those have been published on this very site.

Books take a long time to write and publish. Anecdotal evidence would suggest to me that YA novels take, on average, less time to get from idea to hardcover than literary novels, so that may be a factor in all of this. But there’s also the fact that in literary publishing, there’s a definite ick factor that comes along with being too timely. “First Great Instagram Novel” aside, think about how delicate most contemporary novels are about even mentioning the Internet or iPhones—unless it’s in a 5-minutes-in-the-future way, à la Jennifer Egan—despite the fact that these are major functional realities of all of our lives. This may have something to do with the fact that most of the literary idols worshipped by people old enough to be writing literary fiction never engaged with the Internet. That is, if Nabokov didn’t write it, we should pretend it doesn’t exist—or run the risk of appearing cheap and unworthy.

I’m not saying that there are no works of contemporary fiction engaging with the current cultural and political moment—Moshin Hamid’s Exit West is one, but it’s being largely discussed as predictive, not reactive. Sure, Slate has its Trump Story Project. Yes, there have been a thousand and one articles about which books predicted Trump, and perhaps even more thinly, which books will save us. But that’s not really the same.

I’m not faulting literary publishing for its resistance to change or its lack of obvious, pointed response to current events. The fear of seeming timely is, in this case, also a fear of seeming didactic, and resistance to this is just a generic convention, an arbitrary rule like any other. YA can tackle social issues head-on, without any fears of seeming didactic or overwrought because as a genre, it doesn’t have the same kind of baggage. Literary fiction, despite all our claims that it opens our hearts to one another, is just not the best genre for engineering social change. Which is truly okay. That is, we shouldn’t blame George Saunders for his novel being not what we need right now. It was the novel he needed to write when he wrote it, and it may be the novel someone needs to read when they read it, and that’s enough. I agree, gratefully, with Josephine Livingstone’s argument that art is still, and should be, “an aesthetic space whose boundaries are not defined by the president.”

But if that’s true, we don’t get to say that art will save us. I’m not sure how much of YA could or should be classified as Art (probably some but not all, as in all genres), but most of these socially-conscious novels aren’t subversive or satirical, as the literary novels that will no doubt emerge are likely to be—instead, they’re representative. Alter quotes Jay Coles, whose novel Tyler Johnson Was Here was written in response to the death of Trayvon Martin, saying “For me, specifically for black teenagers, it’s a reflection of what we’re all facing right now.” These books may be about activism in some cases, but more importantly, they are actions in themselves. They show how it is, for different kinds of young people, right now, and that’s what is going to make a difference.

Young adults are uniquely situated to marshall in the future—not least because they actually are the future. Here are three things to know about teenagers: 1. Teenagers read more than adults. 2. Teenagers—particularly teenage girls—are living at the cutting edge of the English language. 3. Teenagers care about politics, and they are generally highly progressive and open to change.

So, yes: it’s the teenagers who are going to save us. And by extension, it’s also the adults who are writing for and representing them. I’d argue that while diverse books and authors are necessary in every field, seeing yourself in the media you consume is most crucial when you’re young. Not unrelated, it’s when you’re young that you are most flexible, most willing to internalize truths that may be outside your daily ken. And happily, Black Lives Matter isn’t the only timely social issue being directly explored in YA—there has also been a surge in novels featuring transgender protagonists (some written by trans authors), and novels about activism in general. For instance, Leader of the Resistance Teen Vogue just published an excerpt of Shadowhouse Fall, whose author, Daniel José Older, described it as “explicitly a protest novel in the sense that the characters hit the streets protesting against violence and the different forms that it appears in in their lives.” I wonder if a literary author would admit to as much.

There’s also this: YA writers tend to be younger, so it’s easier for them to represent youth accurately. The YA community is very insular and protective. I once asked a close friend—who happens to be a successful YA novelist—why major literary outlets didn’t invest more resources in covering YA, to scoop up its major readership—teenagers may not have as much expendable income as adult readers (in general), but in a world where clicks are a commodity, they have lots of purchasing power. But it wouldn’t work, she told me. YA readers don’t trust major outlets. They trust each other. “Maybe if the reviews were written by a teenager,” she shrugged. This seems to me to be important: there’s a real conversation happening among YA readers, and it’s about social justice and action, and it’s a conversation that has been built from the ground up. The community around YA novels is much more closely-knit than the one around literary fiction, or even poetry. So whether in explicit protest novels, fiction as resistance, or simply by loudly representing underrepresented voices, it’s YA that has the best chance to jump on that “wave of popular energy” and lead us all to a better world. Or at least, I hope so. 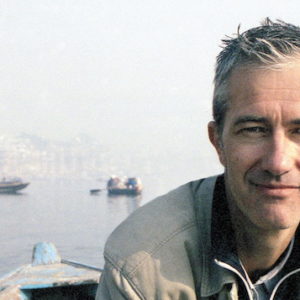 In this wonderful conversation from the podcast vault, Geoff Dyer and Paul Holdengraber travel back to a time before President...
© LitHub
Back to top