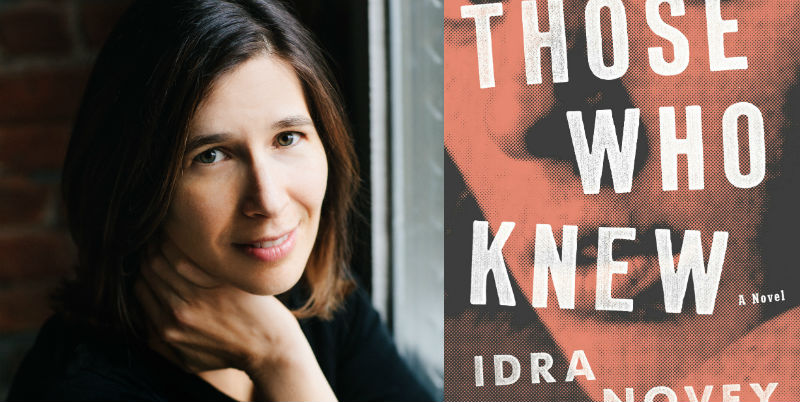 On Writing a Meditative Thriller for Today's Cultural Moment

Reading Those Who Knew, by the talented Idra Novey, is like jolting up from a nightmare only to find oneself trapped in a haunted house. In her second novel, poet, translator and novelist Novey offers us a dystopian world crafted out of our worst present-day fears. It can be easy to forget she was writing it before the 2016 elections, before we truly believed it could get so bad. Those Who Knew, part thriller, part meditation and wholly propulsive, is set on an unnamed island nation ten years after the fall of a U.S.-supported regime. Working with multiple perspectives and characters, Novey constructs a reality that pulses with horror, courage, and regret. Those Who Knew is a glance at a possible future, yes, but it’s also a novel that asks complicated questions about what we are willing to give up in order to right a history of wrongs. I had the pleasure recently to talk to Idra Novey about her strikingly prescient, structurally daring book.

Maaza Mengiste: One of the most striking features of Those Who Knew is how closely it mirrors our worst fears of the near-future. You establish a fictive present-day that nudges against those disquieting ‘What if’s’ we’ve been having as a nation. When did this story come to you, and what did you want to explore?

Idra Novey: Those Who Knew emerged from an image I kept returning to in my mind: a woman heading to work, averting her gaze from the photo on the front of a newspaper of a senator who’d once assaulted her. I wanted to explore the clanging anger she was contending with every time she read the news online, and there was his face again—this man who once left her unconscious on the floor, being celebrated as one of the most promising political leaders in the country.

History is full of this story if you look for it—politicians as polished in public as they are depraved in private. I began the novel long before a man who bragged about groping women became president and Dr. Christine Blasey Ford, on her way to work, was turning her gaze from news images of Brett Kavanaugh as that president’s nominee for the Supreme Court.

I worked on this novel like my desk was on fire, and the driving question throughout was what would ultimately stir this character out of her resignation, how the pressure to resign herself to silence might impact her career and her relationships, the periods of paralyzing loneliness she would experience.

I was struck by the novel’s structure, and it’s a feature that also made your first book, Ways to Disappear, so distinct and startling. You’re playful with form, you take risks and it feels effortless. I’m wondering how your work as a translator and a poet has influenced this.

Thank you, Maaza, how reassuring to hear those risks felt effortless as a reader. I’ve been interested in writing fiction and plays since high school, but for a decade or so my writing life was primarily focused on poetry and translation, which significantly shaped my instincts about form and about the possibilities of what a novel might contain. It is a slow way to proceed with a novel, trying to chisel each sentence like an end-stop line in a poem, but that’s my process.

As for the plays in the novel, last year I was the poet-in-residence at the Stella Adler Studio of Acting and had the miraculous opportunity to hear the scenes read aloud by immensely talented actors and faculty there. After reading the scenes between the senator and his brother, we had an intense discussion about Bob and Harvey Weinstein. Throughout the process of this novel, the intersections of the news and the invented world of this novel have been startling.

From Lena to Olga to Cristina, and even those who are present only as memories—Maria P. and Sara/S. —this is a story about how women learn to maneuver and survive in a world dominated by men. What did you want to explore in their stories?

One of the images I kept revisiting with each draft of the novel was the one of Victor and Freddy as children in the kitchen when the father warns them not to cry, even as their father himself is crying. The mother’s silence in that scene felt as loud to me as the father’s threatening warning. She doesn’t encourage her sons to ignore their father and cry if they need to. I came to view all the characters in the novel, alive and dead, as contending with the legacy of that mother silent in the kitchen and a father threatening his son to bottle up whatever is inside him and use it to run for public office.

And ultimately Victor runs for office. How can one read him and not think of certain politicians, both present and past? Who—or what—inspired him?

I had the enduring despot in Gabriel Garcia Marquez’s Autumn of the Patriarch in mind. The title Those Who Knew comes from one of the last passages in that novel, “we knew who we were and he was left never knowing.” I also looked for inspiration in Juan Rulfo’s depiction of the tyrant in Pedro Paramo.

As for real-life corollaries, I hesitate to plant any specific politician in a reader’s mind. In choosing an invented country for this story, my hope was that readers would be able to connect the figure of Victor to similar politicians who stand out in their minds—capable of the same sort of hypocrisy that becomes a way of life for Victor.

This is a story about storytelling. What we speak that’s true, those lies on their way to sounding true. I’m intrigued by the role of reading, of creativity in this book. I’m thinking in particular of Olga’s bookshop and Freddy’s plays and their subversiveness. Can you talk more about this?

I find it helpful to think of subversiveness as inherent to storytelling. If you’re not subverting some kind of established narrative, why tell the story at all?

By the time I was writing the third section of Those Who Knew, the 2016 election had come to pass and this novel became a place, as fiction often becomes, to imagine kinds of justice that felt tragically missing in the reality around me. The camaraderie and community Olga creates in her bookstore was great fun to write, especially the scene in which she and Lena scheme in fake beards about nutty revolutions and all-night libraries. I think we sometimes underestimate how important giving oneself permission to feel joy and dance around with a friend can be to fueling a sense of boldness and staying committed to political change.

As for Freddy, his agonizing sense of complicity is certainly one I share, as most people do in some regard. How Freddy comes to convert that agony into art was one of the most rewarding parts of writing this book.

There are translators and poets who might read this, also thinking of making the leap into a different way of writing. What advice would you give to them?

For writers making the leap into a new genre, I say congratulations. It is hard to leave the safety of a genre in which you feel you have established a sense of footing. But feeling a little uncertain of the ground under your feet as a writer is exhilarating. I’ve found moving between genres has made me a bolder writer and more open to taking risks, both in subverting the conventional expectations of a genre and also in the dilemmas I’ve come to write about.

Every writer who’s recently published a book gets asked this next question, so why stop now: What’s next?

Ah, the “what next” question! I have over 20 documents on my computer of the first page of a new novel. It will likely take another 80 tries and a full year or more before I get that first page right. 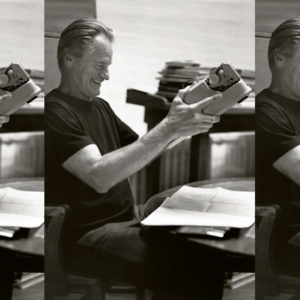 MTA vs. MFA: an argument for the train as the next great creative workspace. | Lit Hub “They don’t kill us because...