On Time Spent in a Memoir Factory

The first thing the ghostwriter did every time someone new entered her apartment was show them the wall of photos. She used to be the PR director for Madison Square Garden, so her photo wall was worth the look. There she was with the Yankees, George Foreman, or Meatloaf. There were more than a dozen photos on the wall, and she told me she had many more.

The ghostwriter herself was an older Jewish woman, probably in her mid-to-late seventies, extremely energetic and full of love. She typically wore crushed velvet track suits, zipped to a modest height, and had a huge smile. Her whole body shook as she typed, which she did furiously, with two fingers. You could hear the keystrokes down the hall. Her emails, which she sent at the speed of conversation, were often in all caps and always full of misspellings. It felt like being shouted at by someone with a thick accent, although she rarely meant it like that. All she meant was she didn’t give a shit about turning caps lock off.

I had just gotten out of my MFA program, and I felt like some kind of hotshot writer. Well, that’s not entirely true. I was on the other end of a summer which had seen me move to Idaho to finish my novel, but it was in fact more of an excuse to experiment with a variety of hangover cures. I needed a job, but I didn’t know how to get one. All of my previous gigs had been of the “call this guy and he’ll hire you” variety.

And my job with the ghostwriter began the same way. A former classmate got me a job in the office, which was her grandmother’s apartment on the Upper West Side next to a Trump building, doing the same thing as her, which was ghostwriting for a ghostwriter.

“A godsend,” the ghostwriter called me, since I had written for various national publications (website only!) and didn’t give a shit what I was assigned.

Work for the ghostwriter fell into two distinct categories. The less interesting was doing what she called “stories,” which were 500-word pieces about small companies that were posted to a copyright free website. We’d take a current event and write about how a certain company’s product could fix it. For each article, my coworkers and I, all graduates of the same MFA program, were paid $50 and given explicit instructions to not tell anyone we had written them.

The second category was the actual ghostwriting, which is where things got (at least a little) more interesting. To get clients, the ghostwriter would attend various professional development conferences and give talks affirming that books were a great way for people to build their professional profile and translate that into speaking gigs. The books, she insisted, would legitimize their authors as experts in their fields and help them tell their stories. After these engagements, she would come back into the office, glowing.

“I think we got some great leads,” she would say. “Lots of work coming in!”

Then she would plop down at her workstation and start pounding at the keys again. My coworkers would look at me and shrug. Work didn’t come in for months.

Eventually, the “stories” started slowing down, too. Looking up the companies we wrote about on the NYSE, we’d see the same trend every single time—values plunging down to $1-per-share and sometimes even lower. We’d see articles from real news websites saying that the companies were failing, or nearly failing, or optimistic about a comeback. Sometimes, we’d recognize a company name. That happened rarely.

Finally, work came in. There was a woman who wanted to write a nonfiction book about her relationship with her horse, which had helped her get over the trauma of growing up with an emotionally abusive mother and a neglectful father. Later, the woman fell off the horse and suffered nerve damage that partially incapacitated her. But she recovered and continued to stamp into our office every day, drop her bags, and slowly unspool her tale to the ghostwriter. The horse was named Boo-Boo, and she instructed us to use that in the title. The ghostwriter picked the book’s title when it came to her in a dream.

Another client wanted us to write a book to help her decide between marrying a man and dating a woman. Sometimes she would stay with the ghostwriter. We would walk into the office in the morning and they would be sitting there, having coffee at the table, or we would see her things stacked neatly on top of her suitcase in the guest room. As she gradually revealed to the ghostwriter, her Orthodox Jewish mother had gotten pregnant via rape at a frat party the one time she had been allowed to leave the house during high school. And her daughter, the ghostwriter’s client, was given up for adoption. Years passed, she moved to Los Angeles, she found her birth mother, she married an asshole, she got divorced, and she was taken in by a celebrity couple. Then she fell in love with the wife. Through our retelling of her story, she hoped to determine its end.

When the clients came in, the ghostwriter would sometimes provide food. This took one of two forms. The first, and best, was bagels she had delivered, which were often hard by the time they reached our table. She always got whitefish and cream cheese. The cream cheese, she wouldn’t touch. The whitefish, she would eat directly from its container with a spoon. When bagels were too much, she would cook, which meant boiled vegetables, served in a bowl without seasoning. The clients would eat a bite or two and smile tepidly. More and more of them shuffled through, unloading their stories and either staying or deciding they couldn’t afford her $50,000 fee. The other writers got books, but I didn’t have one yet—that is, until Ron.

Ron came in with a neck brace and a story about how he’d managed the American team in a culinary competition that he billed as the first reality cooking show. He had suffered tremendous nerve damage in two car accidents—one in which he was riding a bike—that made it hard for him to bend his wrists or move his neck. He was a big man with a high and harsh laugh, almost like a bark. His wife wanted him to get back into the kitchen, but his body couldn’t take it, so he thought the book would be a good way to earn money. Although the price tag was steep, he believed her line that the book could launch his career. So he lugged huge boxes of files, photocopied pages of library books, and curling photographs of him standing next to gigantic cakes carved into the shapes of dragons, or castles, or whatever, to our office. The inventor of the competition was German, and Ron made a half-hearted attempt to suggest that he was kicked out of Germany by the Nazis. That wasn’t true.

When Ron came in—when anyone came in—the ghostwriter flipped a switch. She went from sort of daffy and inattentive to intimately involved with her client’s world. Her head cocked, her timbre lowered, and she understood everything. A client could have sat down and told her they were going to murder their parents and she would have said, “Well, they have been very mean to you.” With her, the clients felt heard. They’d open up their lives, reveal deeply buried trauma. She was a truly fantastic interviewer. Part of that was the time she invested, part of that was her agreeability, and part of that was that people just genuinely liked her. So she earned her fees.

Ron’s case was sad, but so were a lot of cases. He came in one day, after we had filed our first chapter for him, near tears. He couldn’t do it; his wife had pulled the funding; he had to go. But he read the chapter and loved it. I had written it nearly as a joke—the most down-the-middle, folksy-American writing I could pull off—but it resonated with him. So I decided that maybe I loved it too. We had showed him the best version of himself on the page. When he trudged out with his broken wrists and his files in a roller case, he did so with a little bit of hope.

Books and movies see the villain defeated, or the hero falling in love, and then they just stop. They don’t capture the million tiny disappointments, compromises, and daily struggles after the story is over. By giving the ghostwriter’s clients their endings, we allowed them to see what came before in a flattering light. For Ron, we could put a bow on his tragic story, make his life worthy of literature. For the companies, we could create a world in which their products could solve huge global issues. And for ourselves, the only end we could provide was one day walking away.

Michael Hafford is a writer and journalist based in Los Angeles. He's had work in Vice, Extra Crispy, and Interview. He writes nightly for Refinery29. Follow him on all social media @michaelhafford.

Love in a Time of Plague: Lessons from the Front Lines of AIDS Activism 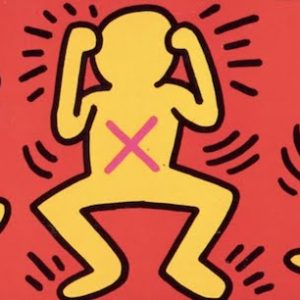 Love in a Time of Plague: Lessons from the Front Lines of AIDS Activism

Two journalists, who've written (respectively) a nonfiction and a fictional saga of 1980s AIDS activism, talk about reviving...
© LitHub
Back to top