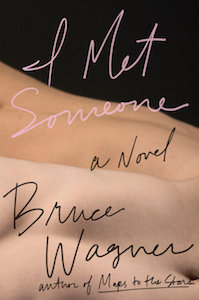 The following is from Bruce Wagner’s novel, I Met Someone. Wagner is the author of the novels Dead Stars and The Empty Chair. He recently wrote the screenplay for the David Cronenberg-directed “Maps to the Stars", for which Julianne Moore won Best Actress at Cannes in 2014. He lives in Los Angeles.

Riding on mid-shoot stamina fumes: etiolated blowback of all the emotions expended on her craft.

Dragging through the usual job/ego influenza . . . Beat up—

—by the spikey, wrenching melodrama of Allegra’s loss too.

At sixteen, when she gave up her child, she made a pact with a monstrous paradox: she would covet both fame and oblivion.

She wanted nothingness—if she did not exist, she could not be judged. She wanted fame—balm and anodyne to self-torture.

She would live (in her head) in a mirrorless tenement, in penance and atonement; but would live too in a palace (Point Dume, Trousdale, the Hamptons), for the ease of being found. When the orphan finally sought her, in the immensity of darkness, wouldn’t it be best that the bejeweled glare of a golden seraglio light the way? She customized a mythology that justified fame’s pursuit: to set the stage for the prodigal daughter’s return. Aurora would find her way back by Mama’s crisscross S.O.S. swordplay of movie-premiere searchlights . . .

It was always about her! The child she abandoned would seek her out! Such was the erratic fairy tale of this Mother Grimm—

The chronically torturous state of wretched anonymity and grandiose renown (with its cheap, glorified reunion fantasy) created a bottomless rage and confusion that unhinged.

A pregnant woman was in the news. She drowned her three kids then arranged them in bed with their arms around one another. Before jumping off a building she wrote a good-bye on the wall:

Bury us together We need to stay together I need to look after them and keep them safe A mother never abandons her children.

She died for her kids—

The star had committed an act against nature, a primordial, pornographic sin. The Great Destroyer thought: I am the demon’s demon because I made no effort to find my child. No effort! None: wallowing in the idolatry of fans, attended by a dirty mob of piss-gold statuettes—every prize bore a plaque with the gremlin’s motto “Mother of the Year”—masking her cowardice with luxuries and accolades like a bulimic hiding vomit breath.

On a good day, she told herself she never wanted fame, that fame had come to her, occult and unbidden, a karmic fluke. The humility shtick she hustled on talk shows and magazine profiles was as big a lie as the childlessness she promoted to the world. That her mother could have bullied her into amputating her issue held some truth for a sixteen-year-old; she wouldn’t have been the first to be cowed, manipulated, and ruined by a matriarch. Then how to explain her apathy, her religion of neglect in the decades that followed? What did that say about her as a human being? She’d done well in managing martyrdom. She was lucky; the perks of stardom were narcotic. Yet whenever the drug wore off, she conveniently lapsed into blaming Reina for the walking, talking abortion of her daughter (if, in fact, she were still alive)—the devil made me do it. But it was a dodge that invariably ended in violent self-contempt. The therapy-smart actress usually fell back on deconstructing the abandonment of her only-born as an obvious re-creation and consequence of the original sin of the absence of mother love. Dusty even floated the idea that Reina’s spiteful stratagem possessed an erotic component: the woman got off on her own crimes. She sought affirmation from her therapist, but what good would it have done for Ginevra to give credence to her client’s suspicions? To agree that Reina hated her daughter, which the therapist believed in her gut—everything she knew about the beast conformed to the sociopathic model—to endorse the theory that she took baleful pleasure in Dusty’s torments and that Reina’s wickedness was such that she may plausibly have considered murdering her daughter, in the end substituting a far more sophisticated, destructive act (the trapdoor disposal of her grandchild in order to secure the actress’s admittance to purgatory)—well, Ginevra was of a mind there were professional limitations on candor. How could she concede to such outlandish horrors? Some things were better kept in shadow, else healing never occur.

—reviewing the week on her way up the coast.

Making a film was always a mixed bag. She lived for her time in front of the camera, likening it (naturally) to the attentive mother she never had while at the same time noting the poignant metaphor of a lens that could not touch, could not hold, could not love. She took that back—could love, but the manifestation of its embrace was deferred, subject to a director’s intercession and an audience’s diverse, subjective interpretation. Still, the attention given was unrelenting and unconditional, something she’d never had as a child. There was absolute purity to the mother-daughter relationship of actress to camera because in those fleeting, eternal moments of communion she lost troubled selfhood and risked only feelings—only!—not words, for they weren’t her words, but another’s, the screenwriter’s, and as such meant nothing, no matter their eloquence. In that regard, she would always be making silent movies. What were words anyway, between mother and child? Only depth and profusion of feeling were essential. At the end of our lives, only feelings remain.

Still, there were complications.

Movie acting was like gambling in a burning casino. Dusty bridled at the small, sadistic window of time allotted each scene for emotional stuntwork. You prepared for months, weeks, hours, you tortured yourself, and when the day of reckoning came, suddenly you were in a shoot-out that lasted only moments, some kind of high noon showdown with eternity, though you were always outdrawn and outgunned. At best, your performance ended in a dignified, technically proficient, sometimes stirring death—but always a death. When things weren’t going well she felt dumb, bamboozled, whorishly deranged, though probably more like a miner than a trampy clown; having experienced a thousand cave-ins, the old pro had learned how to breathe through the panic and find her way out. Now and then, her most critically rewarded work had been by rote—sometimes it went like that. Mother Lens would hold you when you were at your worst and see you through. Though not always—even now, at this time in her career, she got lashed to directors who sacrificed her on the altar of “making the day.” The casino was burning daylight. Sometimes it went that way.

She yearned to be Frances McDormand, unglamorously formidable workaday actor’s actor, but was marooned in the body of fabled Dusty Wilding instead, no more able to deny her showy iconic heft than the condemned could their crimes. Like the story she once dramatized on NPR about a torture machine that etched the transgressions of convicts into their flesh, she could never escape her glorious star chamber, its hidden walls graffitied with the classy New Yorker profile cant of her lies and unworthiness. It’s been said that an actor is less than a man and an actress more than a woman. As one of the most famous gay women on the planet, Dusty sometimes still felt less than a man; by throwing away her child, her chance at feeling—being—more than a woman was shot . . .

Past the midpoint on Sylvia & Marilyn, she got a second wind. It was overcast . . .

Driving up PCH to see Reina.

Maybe there was still a chance to be more than a woman.

But was the idea of finally becoming a warrior—of showing up on her mother’s set—just another fantasy of a bravura role? It hardly mattered. The motivation behind entering combat, however chimerical or self- glorifying, would be quickly expunged by the act of warfare itself.

All would be bloodily forgotten, especially in victory.

From I MET SOMEONE. Used with permission of Blue Rider Press. Copyright © 2016 by Bruce Wagner.

30 Books in 30 Days: Karen Long on Elizabeth Alexander’s The Light of the World 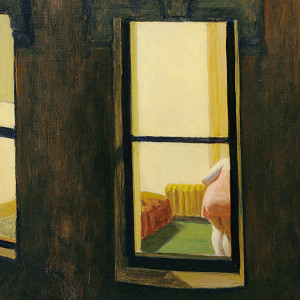 30 Books in 30 Days: Karen Long on Elizabeth Alexander’s The Light of the World In the days leading up to the March 17 announcement of the 2015 National Book Critics Circle award winners, Critical Mass...
© LitHub
Back to top