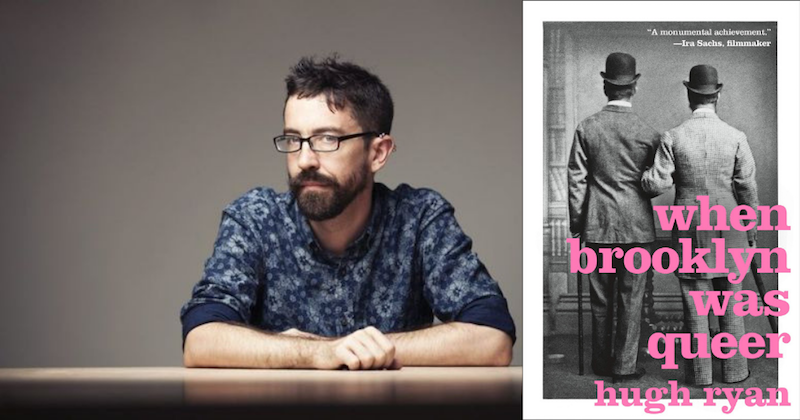 Hugh Ryan on the Long, Meandering Path to
Finishing His Book

This week, Julia, Rider, and Tod welcome their old friend Hugh Ryan to the Disco. He is the author When Brooklyn Was Queer, a look at the borough’s LGBTQ history. The trio discusses the history behind the book, the New York Public Library grant that made writing the book possible, and their time together at Bennington. Additionally, they have Hugh pick a book for them to read and discuss: a new edition of Walt Whitman’s poem, Live Oak, with Moss.

Tod Goldberg: It’s been a bit of a journey, right? You graduated about ten years ago from graduate school, and this is your first book of your own. I know you did some ghostwriting, and you’ve done a lot of journalism. What was the path for you? How did you go from being a grad student to struggling journalist to big-time famous writer?

Hugh Ryan: The path was basically a clusterfuck. I graduated, and I knew that my thesis was no good. It didn’t go anywhere, and it had no point. I spent most of my time at school writing personal essays, and by the time I got to graduation I was basically like, I hate talking about myself. Why would I ever expose myself that way? So I threw it aside, and I was ghostwriting Hardy Boys and Nancy Drew . . . the worst things I’ve worked on in my entire life. I was eventually let go because I made Nancy Drew say “hell” and “damn.” I didn’t know she wasn’t allowed to say those words. It was probably covered in the 100-page bible I didn’t read, but someone else should have caught that.

I did that for a couple years, and I even had an agent that I was working with who was really pushing me to do more kid’s books. I ended up ghostwriting the memoir of a non-famous celebrity kid, which was terrible. One of those books you only ever see on the remainder table at Barnes & Noble, and you think, who ever thought that was a good idea?

So I took some time off after that. I told my agent that I had to get my head back on right. I did bullshit for five years because I thought it would pay the bills, and it turned out that I was bad at it and I hated it. I felt like shit. My writing went to shit, and I had done nothing with my degree. So I ended up started to write the stuff I wanted to do, which was more historically based and about Brooklyn, the city I was living in. One day, I just stumbled into the realization that I knew nothing about the gay history of Brooklyn. So I went to a library, convinced that there would be a book. When there wasn’t, I thought, is there no history? Did we just appear here in 1992 in Williamsburg?

So I spent years working on that, doing the research. I didn’t have an agent. I didn’t even know I was writing a book. I was doing research. I got a grant from the public library to take three months off to just work on that. The first thing they said to me when I met with them about the grant was, when you’re done here you should have your book proposal ready. I was like, oh, I’m writing a book. They were right. The last week I got an email from my current agent, saying that he heard about me and saw that I was doing this grant was wondering if I had a book proposal. And I did, and it sort of rolled out from there.

Julia Pistell: How did you get this grant? That seems like a cool, intermediate step, so how did you fall in there?

HR: At that point, I knew there was more research that I needed to do, and I started looking for research-based grants. The New York Public Library is an incredible institution for doing research and really support LGBTQ scholarship. They have a great scholarship, and they have a grant program. It was a small grant, and the application was not hard . . . It gave me three months to just write. I went really hardcore for it. I was already doing research there, and I told everyone there that I wanted it. I contacted the grant managers. I met with everyone, even the donor whose name it was in. Anything I could have done to make it happen, especially when you don’t have a big track record.

TG: You kind of manifested this thing into being. You realized that this thing didn’t exist, that you’re the perfect person to write this, and you don’t have any money, and here is this thing. You basically gave yourself your own book advance by getting that fellowship.

HR: It made it possible. Without it, I would never have had the time to sit down and think about it and do the work. I think the work of history is often not just finding the information but then taking the time to think about what this even means and why does this information flow the way it does . . . It requires time. 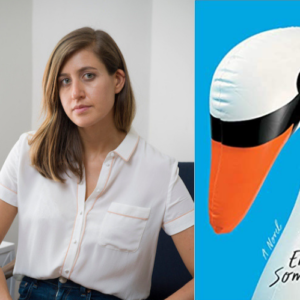 On So Many Damn Books, Christopher Hermelin (@cdhermelin) and Drew Broussard (@drewsof) discuss reading, literature, publishing,...
© LitHub
Back to top