Howard Friedman: How Much Are Our Lives Worth?

On today’s episode, Howard Friedman, Columbia University health economist and author of Ultimate Price: The Value We Place on Life, discusses the American response to curb the pandemic.

Howard Friedman: I’m very much grounded in how the real world works, and in the real world, governments, businesses, health insurance companies—and throughout all different industries—dollar figures are placed on human life. They happen in the court systems. They happen in so many areas, and I think it’s critical to recognize that fact and then understand how these calculations are done. My perspective is that sometimes they’re highly unfair. So I think it’s a critical conversation to have, and I don’t think it’s one we should avoid. I think we should have it in the open.

If you go back to when Bush 43 was president, the Environmental Protection Agency did try to introduce a lower value of life for older people. It was termed by many the senior death discount. The public was livid and the EPA backed off. To this day, all regulatory agencies value all lives the same, regardless of age, regardless of wealth, regardless of what their sex is… roughly at about 10 million dollars per life.

Howard Friedman: I think you may be right. What I mean by that is if you look specifically at the health systems and health systems in other countries, they do look at metrics such as the incremental cost per life year or the quality-adjusted cost per life year. So they’re looking at these in that manner. The US government doesn’t generally do that. For example, in the Affordable Care Act, there was a specific provision that said that you can’t allocate resources using a criteria such as expected longevity. So you’ll find many countries really are explicitly using criteria like that, and the US doesn’t explicitly use that one as a government policy but also insurance companies tend to make their own decisions. In the real world, practically, hospitals that are overwhelmed are making decisions sometimes on their own and sometimes with guidance.

Now, back to your point, Massachusetts issued voluntary guidance that was very much in line with what you just described, which basically said if you must make this choice, the Sophie’s Choice of which life to save, then they suggested to favor those who are younger and healthier. Once again, I don’t think as a federal government, we have any policies like that. For a fact, we have laws that prevent that.

Howard Friedman, a leading statistician and health economist, is an expert in data science and applications of cost-benefit analysis. He teaches at Columbia University.

Celebrate Five Years of LIC Reading Series With Us 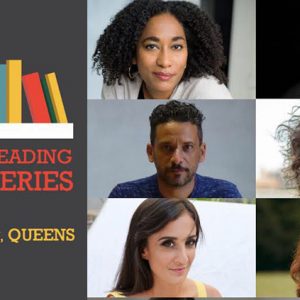 Celebrate Five Years of LIC Reading Series With Us