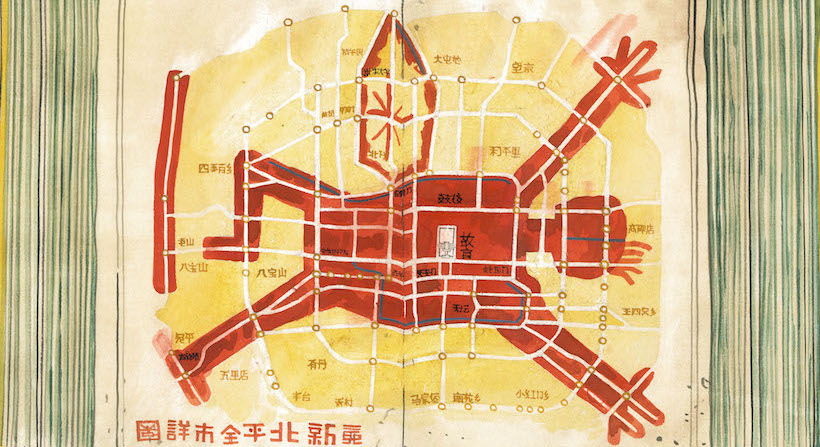 How Would You Map the Personality of a Great City?

The following is from Living Maps: An Atlas of Cities Personified, by Adam Dant, which imagines how to map the personality of a city. 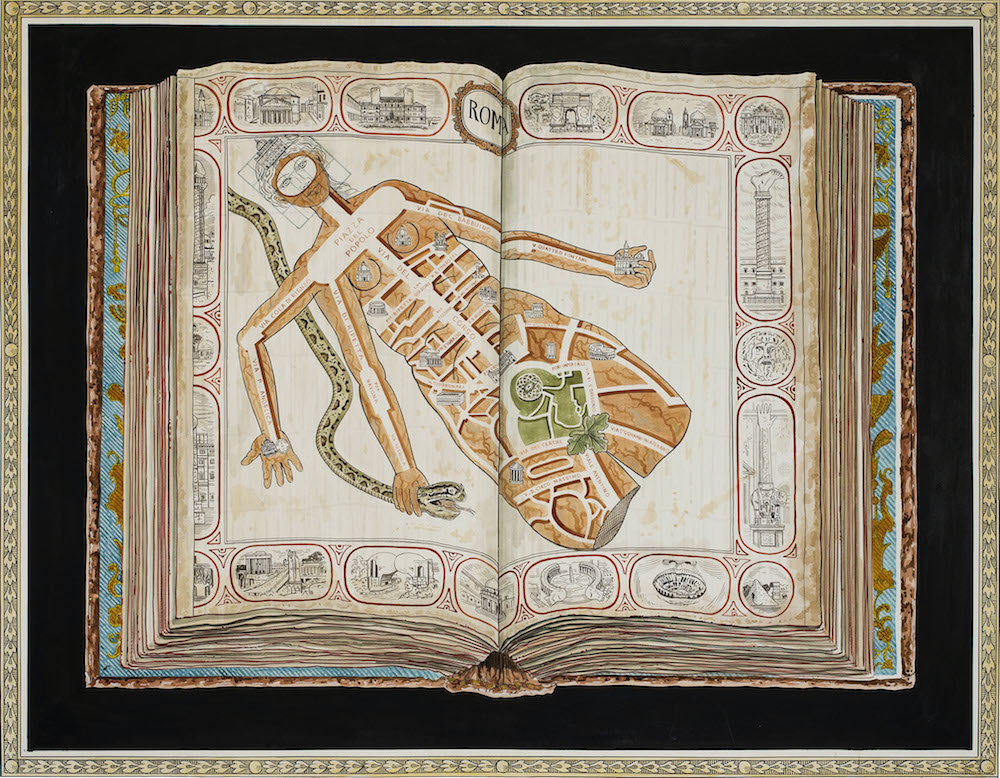 The city as an embodiment of God’s greatest creation bears the same perfect symmetry as man. Bisected by a central spine, which leads from a cerebral point of entry to a crucial crux, everything falls into place as nature intended. However, the perfect order of such a place, because of its primacy among its kind, is spoiled in monstrous fashion by the intervention of its own creator.

The appearance of the puppet master’s arms, however convincing the puppet, always severs the strings of belief. The marionette is made inanimate or, if it remains alive, is rendered grotesque by additional limbs. Here in the extra-limbed city, the creator and the creation, puppet master and puppet, coexist, exposing the fallacy that the city governs itself or that it has come into existence without agency. 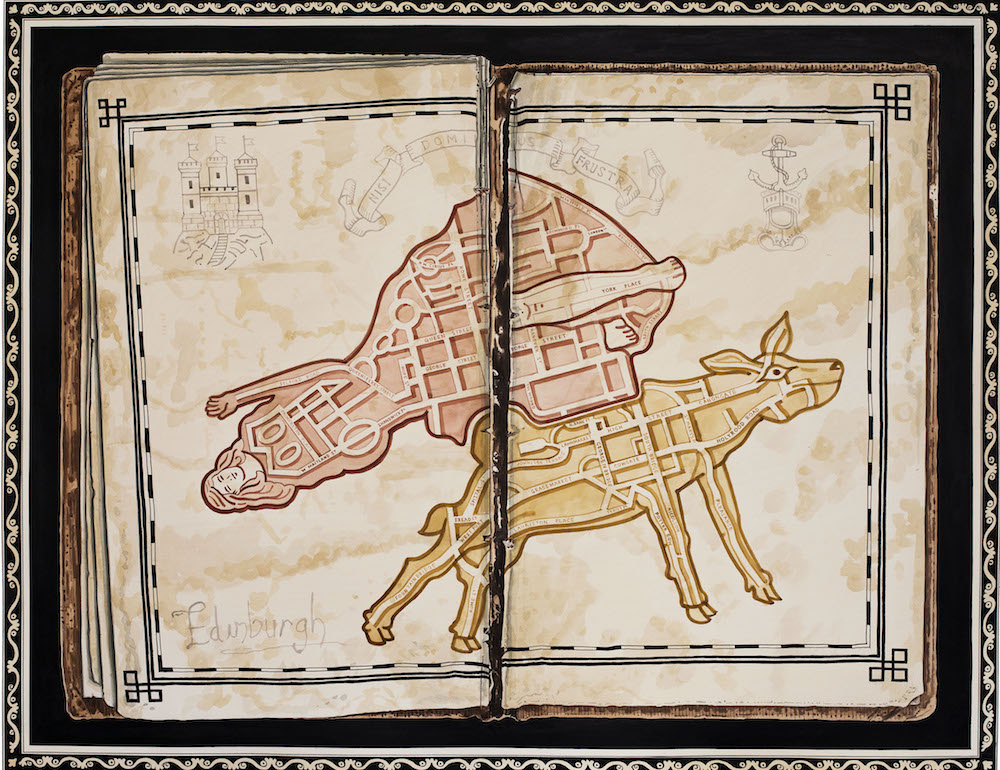 Having always existed on the map as an individual entity, some cities are surprised to suddenly find a companion city appearing by their side. Unlike the many fluvially cleaved cities that grow from birth as two equal yet distinct halves, the second city in this case arrives as a young pretender. Depictions of such cities, possessing both the wisdom of age and the vigor of youth, can be positive or negative depending on whether this is a case of a young steed carrying an experienced rider or a novice on a nag. 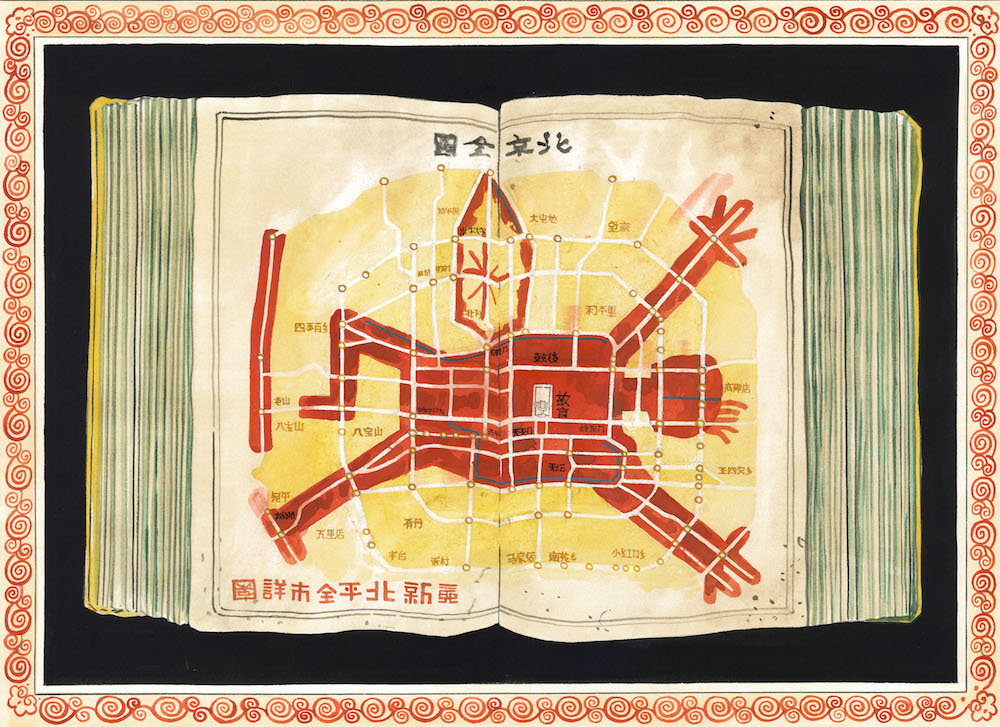 In the midst of a hyper-consumerist age, and with “the market” preeminent above all else, describing a city as “forbidden” might be seen as the ultimate marketing slogan. Finding itself in an arena where everything is commodified—not just available but flaunted and proffered at every opportunity—the forbidden city is suddenly the most desirable of destinations.

As long as whatever is forbidden in the city remains in the box, unopened and unknown, unwavering interest in this will supplant interest in all else. Inevitably, however, a city that exists solely for the purpose of having or knowing something, the having or knowing of which immediately invalidates its existence, will suffer the same fate as a place where everything can be had and known. 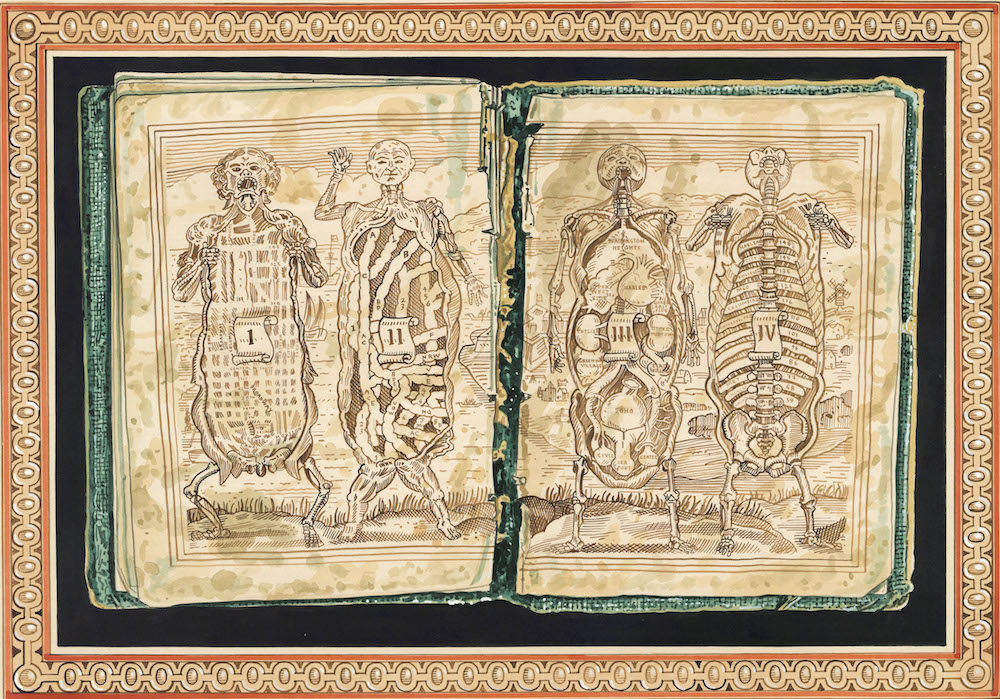 Manhattan flexes its muscles as the greatest city in the world, the ultimate embodiment of Gotham itself, a taut, buff, urban colossus. But sometimes the fate of the “supercity” is to end up being treated like a curious medical specimen rather than a sexy athletic titan. A grueling life of groundbreaking performances leads a rapt audience to wonder from whence such dizzying feats spring. The curious spectators prod and probe the perfectly honed body of the supercity in search of the source of its magical power.

Its musculature is stretched to breaking point, its nerves are tested to extremes, and its architecture is torn down and flung up repeatedly by both the adoring crowd (in incredulous worship) and jealous detractors (in vengeful destruction).

As scientists, historians, and general gawkers dissect and schematically map out the cadaver of the greatest city in the world, the wonder of seeing its construction revealed layer by layer almost compensates for the fact that it is condemned to end up “on the slab” as a breathless pile of concrete and steel. 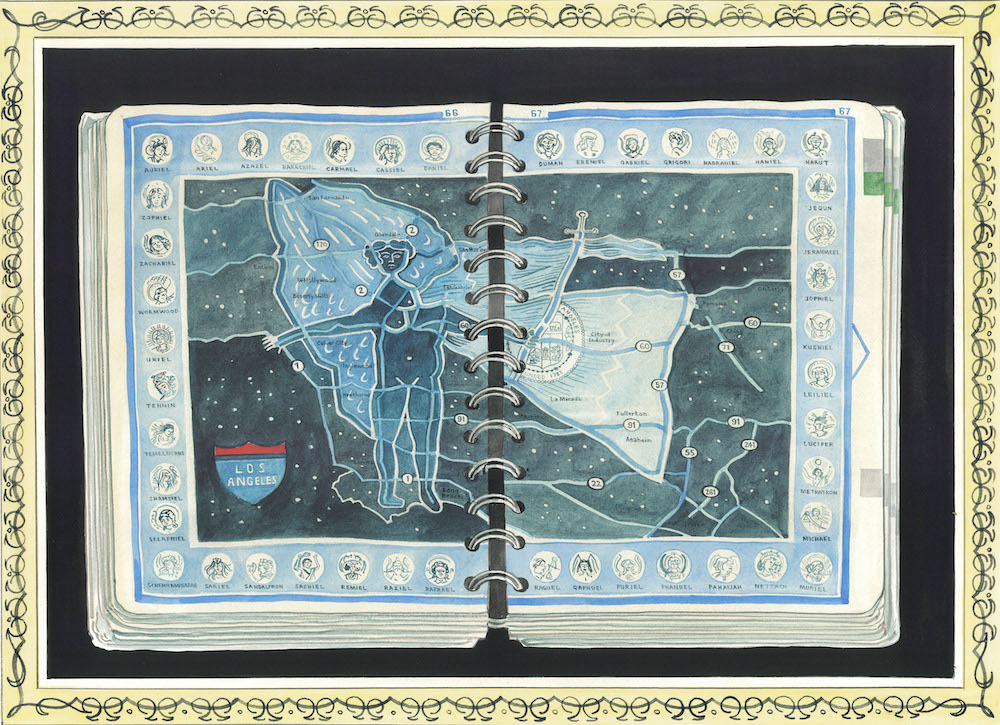 LOS ANGELES
The City as Phantom

As in fictional genres where the fantastical stands in for the real and the reader is asked to suspend their disbelief, so a city might be personified as existing beyond the real.

The effectiveness of exercises in Cartesian skepticism—or a desire to question the real appearance of things—is contingent on the particular allure of the alternative spectral presence. That the city as a phantom or apparition might represent a preferable or deeper reality gives form to the notion that we are all not who we are supposed to be.

As this far more desirable reality gradually separates itself from the quotidian practicalities of trips to the laundromat, shaving, taking out the trash, etc., the city as an angel, a reflection of our “real” reality, inevitably becomes one with a dirty face. 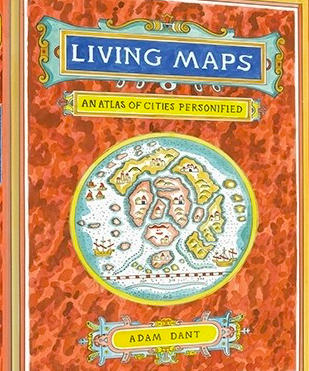 Adam Dant is an internationally exhibited artist and a recipient of the Jerwood Drawing Prize. He lives in London.

Looking for God in the Writing of Denis Johnson 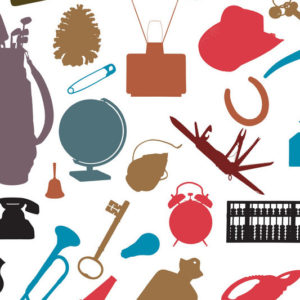 Most of my time at the circulation desk is spent telling people what kind of things they can’t get at the library. When...
© LitHub
Back to top
Loading Comments...