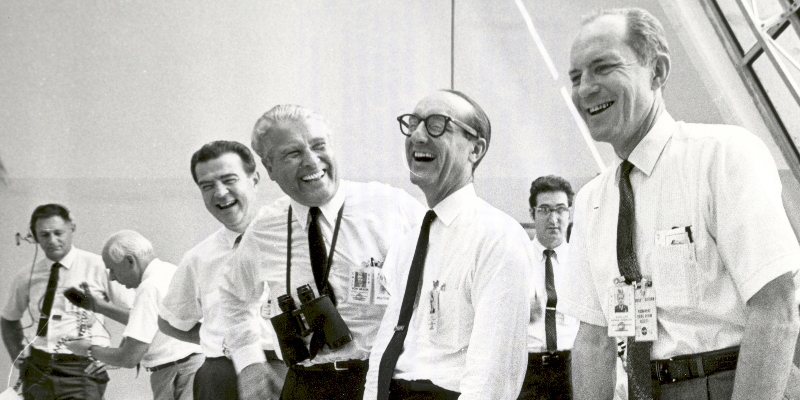 Amy Shira Teitel talks about Apollo and the community of people who are deeply attached to space history. Teitel is a spaceflight historian and the creator of the YouTube Channel, Vintage Space. She is also the author of two books, Breaking the Chains of Gravity and Apollo Pilot.

Michael Robinson: You’ve written a couple of books on NASA: Breaking the Chains of Gravity, which is about the early history of NASA, as well as a book on Don Eisele, the Apollo 7 astronaut. Ehese are really lesser-known stories of the Space Age. You have a lot of context for Apollo 11. And I was just wondering, this week, as the media is going completely crazy on the Apollo 11 story, are there parts of the story that you feel are missing?

Amy Shira Teitel: Oh, absolutely. I always joke that context is my favorite thing. I’m a trained historian, so context is my happy place. And that’s missing from so many things. We have this amazing ability to just forget what else was happening in the 1960s and talk about Apollo as this amazing thing, but no one talks about—or at least I haven’t been seeing too many references to—the 53 percent approval rating Apollo had when Armstrong stepped on the moon, not when it launched. The fact that it was costing a huge amount of money and so was the Vietnam War. The ’60s was an incredibly, incredibly turbulent decade, and NASA was kind of operating in a vacuum.

I think nothing illustrates it more than when you look at pictures of mission control for Apollo 11, and they’re wearing their white shirts buttoned up with their black skinny ties. You look at the rest of America, and no one looks like that. If you ever needed evidence that NASA’s in a bit of a time capsule, they look like the early ’60s while the rest of the world has gotten into the more hippie and early ’70s style. There’s all these little things where you’re like, you guys are a little bit stuck in the past, because you’re just focusing on this one thing. I think we have a way of forgetting that context when we write about it now.

Michael Robinson: Yeah, that’s a great point. I had Neil Marr on a couple of months ago, who wrote Apollo in the Age of Aquarius. And he makes a similar point about how this is a really buttoned-up group, and yet at the same time, this stuff they’re doing, these photographs from space, are the inspiration for all of these other groups of people and that context we miss.

I was wondering, you started Vintage Space as a blog in 2010, and it expanded really rapidly, and then you transitioned to a YouTube channel. You currently have a quarter million followers on Twitter. You have more than that as a number of subscribers on YouTube. This is an incredible community of people that you have created for your work and for this history. Do you get a sense for who your community is?

Amy Shira Teitel: Yeah, I can see some of my analytics. It’s tough between who’s consuming your media and who talks to you, because, you know, the great thing about the internet is that it gives all the nerds a place to get together and get nerdy about something. In my case, old things in space. It also gives everybody on the internet a voice who maybe shouldn’t have a voice. My content is very strong with—surprise, surprise—men who watched the moon landing as boys. I hit the nostalgia factor, which is not surprising. I would like to see a larger number of young people who are learning the history and the context around what’s happening now in space, which is also what I try to do. Everyone’s excited about what SpaceX is doing and what Blue Origin is doing, and super critical of what NASA’s doing. So I like to come in and say, well, remember when this happened in 1967? Of course you don’t. Let me tell you about it so that when you react to the SpaceX news, now you have the history of engine failures on the launch or whatever the issue is. There’s always some connection that I think you can look to in the past to understand the present a little bit more. 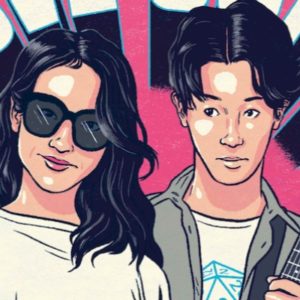