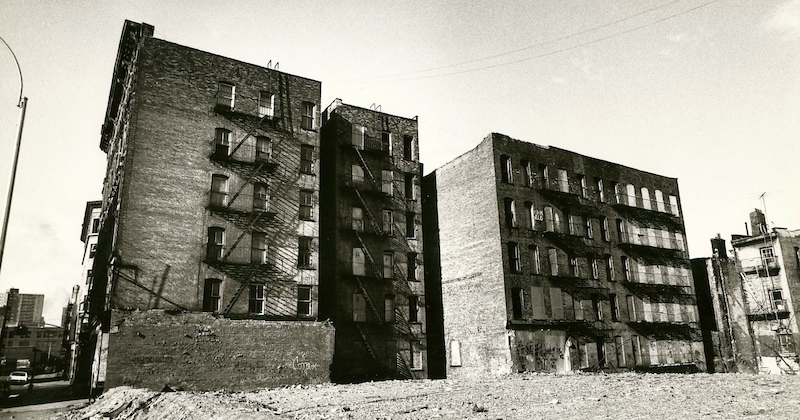 If this idea was ever valid, it’s long been outmoded by our era of mass inauthenticity. In a cruel irony, the idea itself has become an inauthentic piece of intellectual real estate. Anyway, your ignorance can be conquered with Google Maps Street View, periodicals bought on eBay, access to ProQuest and LexisNexis, and the much-neglected Microfilm archives at your local library.

Still, it does help to have lived in the East Village. Real life experience can spare you hours of research. But this too is dependent on some variables. Did you lick scum from the floor of the Lismar Lounge? Were you shooting smack in Tompkins Square? Did you waste your nights crying with Ukranians in the Bucket O’ Blood? Participation in these activities doesn’t necessarily disqualify you from writing this year’s definitive novel of the East Village, but it may suggest that your memory isn’t reliable.

If sobriety marked most of your time in the East Village, you’re probably: (a) very boring and (b) given to instant nostalgia. Congratulations! You might be able to work off memory. But first you must analyze your recollections. Were they formed while you still possessed a certain jejune innocence? Or were you old enough to recognize the whole of the Lower East Side as a passing moment in time rather than a fixed point in history? If the latter is true, then your memories were not birthed in naïveté and are thus useless. No one gets into this conceptual space without the shattered dreams of youth.

As a side-note: imagine, for a minute, that you were not sad about the way that things had worked out in the East Village. Instead of writing a novel of the East Village’s past, would you write one of its present? Would you write a novel celebratory of the condo towers and the children of Russian oligarchs who live within the buildings’ glass walls? Da, dorogoy, da.

Regarding III. and IV. Just kidding! You’re still going to have to do research. A huge amount of research. New York is an ever shifting landscape. If you’re going to set a novel in the East Village that spans several years—or worse, eleven years—you must acquaint yourself with the comings and goings of things that are beyond the comprehension of a lone individual. You will need written, visual and oral records.

If you’ve never done research before, prepare to embrace old newspapers. They will arrive on ProQuest and Microfilm and they will become your bosom friends. The reportage in old newspapers will rarely, if ever, be your best source of information. Instead, look at the advertisements. The details are almost always in the advertisements. While you are doing this, think about our current era of ephemeral web-based advertising and weep, openly, for writers of the future.

If you did your research in 2011 and 2012, then you have a serious leg-up on your competitors. Back in those halcyon days, there were still relics of pre-social media message boards offering details that, several years later, mostly disappeared from the Internet. These tidbits don’t translate to Facebook, Twitter or Instagram. They are a kind of a gossip that, unlike the status of Kylie Jenner’s weight, cannot be monetized.

For almost all of the 1980s and 1990s, Michael Musto had a gossip column in the Village Voice. The column was called “La Dolce Musto.” It ran for decades and is the sole exception to the observation in VII. Michael Musto is a phenomenon and a national treasure. Steal as much as possible.

Similarly, you should familiarize yourself with the work of Nelson Sullivan, who had fascinating friends and went to all the best parties. Sullivan was an early adopter of the camcorder. He took his camera everywhere. He filmed everything. At first, your familiarity with Sullivan will be for research purposes. Very soon you will realize that he was the Downtown scene’s only true genius, the one person who understood the value in documenting everything. Without Sullivan, an entire demimonde would be nothing but reed-thin recollections damaged by drugs and personal grudges. Yes, Nelson Sullivan was a genius. Steal as much as possible.

Here is a piece of professional advice: do not write about CBGBs, the Ramones, or Blondie. Everyone knows that story, and like every historical winnowing, it’s a constructed fantasy which ignores the really interesting people. Really interesting people don’t have an oeuvre. Really interesting people release 7” singles in 1987 and then die terrible deaths. Try and embrace the people who never get written about, people like the black magician Patrick Geoffrois or the hobos who used to vomit next to the window of your basement apartment. Sticking with the old familiars only gets you done up like Jimmy Jagger on HBO’s Vinyl: disguising your posh accent whilst dressed in Sid Vicious drag, widely ridiculed, and cancelled after a season. Sometimes it’s okay to see a red door and not paint it black.

That said, certain individuals are inevitable. You can’t write about New York in the second half of the 20th century and not mention Warhol. In this situation, you should adopt the general practice of sensible White People who express thoughts about race on Twitter: if you don’t have anything new to say, then do your business quickly and move along. Don’t make everyone endure your prolonged paroxysms of guilty privilege. Don’t denounce the structurally racist police state in one tweet and follow it with a humblebrag about last night’s cocaine at Doheny Room. Warhol was the best artist of the 20th

century. There’s a lot of material to work with. No one needs another story of Edie Sedgwick crying in the Silver Factory. Get in and get out.

A New Yorker subscription offers many benefits, but none so powerful as this: subscribing gets you online access to the magazine’s digital archives. At your fingertips will be an accidental history of almost every film screening in the city. What week in 1996 did Freaks (1932) play the Film Forum? What films were showing at the Second Avenue Theater in April of 1991? You will be shocked at how the answers give structure to your novel.

If you’re writing before May 2014, and you’ve decided to incorporate the Club Kids into your work, don’t forget that Michael Alig is still in prison and thus probably receptive to letters and more than willing to help out. When you write to him, do the decent thing and include money for return postage. Fair warning: when Alig’s first missive arrives, your romantic partner will look at the envelope and ask why you’re corresponding with murderers. Here is the least helpful response to this inquiry: “Doesn’t everyone?”

You should probably reflect on the nature of things. By virtue of being an American novelist, you are writing the Literature of Empire. If your book is published in a semi-reasonable fashion, the dominance of the USA’s culture industries will serve you in unearned ways. Even though you’re writing about a locale filled with people in ideological opposition to the military-industrial complex, these people were still key components of that complex. Peaceful opposition is grease for the gears of capitalism. You’re writing about lives that represent a percentage of a percentage of a percentage of a percentage of a percentage of the world’s population. Because of the Empire, your work will be read and considered in a fashion disproportionate to its demographic obscurity. Here is your own place in the war machine: you write books about useless people on drugs. You create nostalgia for obsolete models of consumerism, thereby conferring legitimacy on present-day individualism and its attendant expression through monetary purchases which strengthen, support, and reinforce the global hegemony. If you can incorporate these reflections into the text, you’ll be doing better than pretty much every other novelist of the East Village.

It might be worth wondering if the entire project is pointless. Almost every annum offers a new “definitive novel” of the East Village. With any luck, you’ll be this year’s entry. But can a milieu that’s been so scrutinized reveal new territory? Is it possible to do something truly interesting?

But you should try anyway.

Jarett Kobek’s The Future Won’t Be Long, is available tomorrow from Viking. It is set in the East Village in the 1980s and 90s.

Jarett Kobek is a Turkish-American writer living in California. He is the author of the novella ATTA (2011) and the novel I Hate the Internet/ (2016), an international best seller that has appeared, or is scheduled to appear, in seven languages. 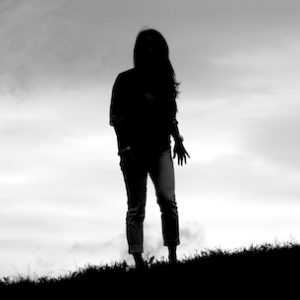