How to Write About a Massacre

Harriet Scott Chessman Grapples with the Story of My Lai

Throughout my childhood, my mother sang to me: hymns and spirituals, folk songs, songs from her girlhood in Tennessee and St. Louis. Saturday afternoons added a layer of something extraordinary, however. My mother would set up the ironing board and tell us to go outside if we couldn’t be quiet—the live opera performance at the Met was about to start. She would iron as she listened, occasionally giving herself over to the emotion of some heightened aria or duet as tears came into her eyes. As a child, I found her emotional response fascinating. How did that music have the power to make her weep?

So when Jonathan Berger invited me four years ago to write the lyrics for an opera he hoped to compose, I hesitated. “I know nothing about opera,” I said, and in an embarrassing number of ways, this was true. “What should I read?” I asked him. “What are the rules for a libretto?”

“No, no, no!” he said. “Don’t read anything! Just write some words and ideas as they come to you!” With this advice, it was as if Jonathan had calmly and generously opened the gate to a whole landscape of musicality and story I could inhabit. He showed me, in fact, that there was no gate. He encouraged me to trust the emotions and words that came to me.

Jonathan already had a strong sense of what this opera (or more specifically, operatic monodrama) would be about. At the center would be Hugh C. Thompson Jr., the young Army helicopter pilot in the Vietnam War who—together with his teenaged crew, Lawrence Colburn and Glenn Andreotta—attempted to intervene in the My Lai massacre on March 16, 1968. Thompson made three spontaneous, urgent, and wholly unauthorized landings that morning in the midst of the mass killing of over 500 South Vietnamese civilians, including women, children, babies, and the elderly. Ultimately, he was able to save about a dozen people, including a small boy whom Andreotta pulled from a ditch filled with the dead and dying. Hugh reported the atrocities insistently by radio several times from his helicopter, and yet, the massacre continued.

Jonathan was less interested in Thompson’s heroic actions than in the ways that morning might have haunted him as he was dying of cancer in 2005. As in his earlier operas, Theotokia and The War Reporter—with libretti by Dan O’Brien—what moved Jonathan was the echo chambers of memory and trauma, elements I have also explored in my fiction. Jonathan presented this idea of an opera called My Lai to the Kronos Performing Arts Association, who gladly commissioned the piece. An extraordinary group of performers came on board: in addition to the Kronos Quartet, the Vietnamese musician Vân Ánh Võ would play her instruments, some of them made out of American military detritus, and Rinde Eckert would sing the part of Thompson.

As I started to research this massacre and Thompson’s life, I listened for his voice within the opera. And soon, I could hear its tone and import, if not its exact words, somewhere in the air around me. I felt him to be ravaged, grief-stricken, sorrowful, and still enraged by his fellow soldiers’ brutality. I listened for him as I read about his furious arguments with the officers on the ground that morning, including the primary officer in charge of the Army “action,” Lieutenant Calley. I tried to imagine what it would have been like for him to experience the Army’s cover-up and the House Armed Services Committee’s eventual undermining of his credibility, despite his efforts to be a good soldier and to expose the unimaginable cruelty that occurred on that day. I contemplated the difficulties he must have faced afterward, both because he had testified against the Army and because he could not stop dreaming and thinking about the children and the families he was unable to save. There was such injustice and sorrow in this story. It was clear from video interviews with Thompson and from descriptions of his visit to My Lai, decades later with his crewmember Colburn, that he was deeply and irrevocably affected by the senseless suffering he had witnessed that day.

One day, the first words of the libretto came to me: Thompson singing, “I always wanted to fly.” Soon after that opening line floated into my consciousness, my mother’s voice came to me too, singing a spiritual she had loved, “My Lord, What a Morning.”

As I listened to Marian Anderson’s gorgeous, sorrowful version of this spiritual, I realized that despite its seeming tenderness, this song is actually about the violent upheaval of Revelation and the last days. It seemed to me to speak to Thompson’s experience—he had witnessed a terrible twisting of Judgment when he beheld young American soldiers massacring innocent, unarmed civilians. Our opera now opens with the character of Hugh Thompson singing this profound song in half-darkness.

I wrote most of the libretto before hearing one note of music; for Jonathan as a composer, the words come first and inspire the music. It was circular, however, as the lyrics came only as I listened for the yet-to-be-written music. The song, as I sensed it coming, contained all that could not be said, all that swirled and wrung and pulled and hurt. The libretto transported me to a state of pure emotion, allowing me to recreate the agony I imagined Thompson must have felt, even after all those years.

The music Jonathan composed for string quartet, voice, and Vietnamese instruments brought the unspeakably tragic experience of that day, as filtered through Thompson, into expressive, anguished, disturbing immediacy. All that he could not say—all that haunted him—was present, achingly, in what the music brought to life on stage. Listening to this rich, incredibly intricate piece, watching as Rinde Eckert became Hugh Thompson, hearing my words combine with music, I understood what, exactly, had caused my mother to weep on those Saturday afternoons years ago.

Harriet Scott Chessman is the American author of five novels, including Lydia Cassatt Reading the Morning Paper, Someone Not Really Her Mother, The Beauty of Ordinary Things and Ohio Angels. Her latest book is The Lost Sketchbook of Edgar Degas.

Who You Think I Am 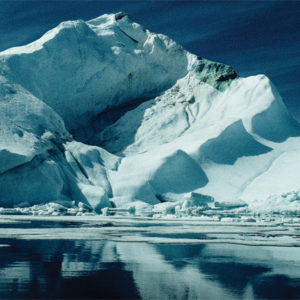