How to Write a Book With an Anonymous Private Military Contractor

Ralph Pezzullo on Telling the Stories of America's Secret Soldiers

I grew up the son of a US diplomat, living in places like Ciudad Juarez, Mexico, Vietnam, La Paz, Bolivia, Bogota, Colombia, and Guatemala City. As a kid, I saw coups, kidnappings, and political assassinations. In my teenage years I became a sounding board for my father’s opinions on how to best formulate and carry out US foreign policy, conversations that would come in handy later when I wrote about the role my father played as US ambassador in the Nicaraguan Revolution. I also used my father as a principal source for another book about the effort to restore deposed President Bertrand Aristide to power in Haiti. The same theme ran through both: US policy overseas often fails because of our inability to appreciate other nations’ cultures, histories, and politics.

In 2004, shortly after moving my family to Los Angeles, I received an email from a gentleman who said he was a clandestine US intelligence operative. When I met him several weeks later in New York City, he told me that he had been searching for a writing partner and had finally settled on me. The book we wrote together about the CIA-led operation to overthrow the Taliban in late 2001, called Jawbreaker, was published in 2005 and appeared on numerous bestseller lists.

Following Jawbreaker, I started to speak with other former government officials—DEA and FBI agents, Special Forces soldiers, and Navy SEALs—who had interesting stories to tell. I helped turn some of those stories into books.

All of these individuals had deployed into dangerous foreign territory and had seen political conflict and human suffering firsthand. Their views often clashed with policymakers in government, who saw the same conflict through a Washington lens. My co-authors had experienced the same thing I had growing up overseas, how time after time our political and cultural myopia, our inability to grasp the importance of local history, language, and culture, led to bad decisions and ineffective policy.

In certain ways my experience prepared me for working with Simon Chase, my co-author of Zero Footprint, about the rise and role of private military contracting around the world. In other ways, working with him presented a unique set of challenges.

Our meeting came about through my agent, who’d asked if I’d be interested in exploring the world of private military contracting. If so, he said, he had heard of someone who might be an interesting subject.

Simon Chase and I met a few months later for drinks at the Beverly Hills Hotel. At that initial meeting, I was mainly interested in figuring out if Simon had enough experience in and understanding of the world of private military contracting to warrant a book. And, two, if he was willing to open himself up to a collaborator.

He seemed to meet both criteria, and struck me as charming and intelligent, with a great sense of humor. Having worked with a former member of SEAL Team Six and knowing other Navy SEALs and members of US Special Forces and Delta, he fit the profile of the tier-one military operator—lean, extremely fit, hyper-vigilant. He seemed ready to spring into action at any moment and eliminate multiple threats on the patio of the lounge that day.

We quickly agreed on the framework of a collaboration. He would tell me his story, and I would handle the writing and editorial work. We would keep each other informed on all matters regarding the book, and no material would be released without joint approval.

We decided we wanted the book not only to document the rapid growth of the use of private military contractors, but also to use his experience to show how they were hired, paid, and armed, and the varied tasks they were asked to perform—which according to Simon included everything from protecting generals in war zones to carrying out zero footprint military operations.

Simon had participated in so many operations in places like Afghanistan, Pakistan, Iraq, and Syria that we had to be selective about what to include, in order to form a smooth narrative of his professional and personal development. Based on material from Simon, I worked on some pages, passed them on to our agent, and we had a deal by the end of October 2014.

At that point Simon and I started meeting several times a week. The process went smoothly. He liked the style I was using and the voice I had approximated for him, and the stories poured out of him in vivid detail, though he avoided talking about certain painful episodes from his past. From my experience working with other tier-one military operators, I know they put a very high value on teamwork. Their lives often depend on it. So I continued to execute my side of our collaboration to the best of my abilities and hoped that Simon would deliver on his.

In late November, he called to tell me he had to attend to a sick family member in the UK. While he was there, we started working over Skype and, piece by piece, the manuscript came together. Sometimes Simon consulted former teammates or intelligence officials via Skype—often these men were deployed in active war zones like Afghanistan or Iraq. I learned that Skype, because of its encryption, was their preferred mode of communication.

Still, Simon continued to avoid reliving a few very painful episodes from his career. I had to coax him gently—sometimes, not gently enough, and we would remain incommunicado for a couple of days. It was as though he was preparing himself, because after these silences, the next time we’d be in touch via Skype, he’d be ready to talk.

After a round of editing, we had a manuscript that Little, Brown was very excited about. The next challenge was the publicity for the book. Because of the controversial nature of some of the material, Simon had insisted from the beginning on keeping his real name secret.

I understood his reasoning, but I also appreciated the needs of our publisher. As in past collaborations with former military and intelligence operatives, part of my role is as go-between—explaining the needs and concerns of my co-authors to our publishers and vice versa. They come from different cultural and professional worlds, which sometimes makes my role a delicate one to play. In the case of Zero Footprint, I continue to remind both sides of our common interest in getting the most possible readers for the book, offering to do anything I can in terms of helping the publicity effort, trying to find a solution that works for everyone.

It’s another place where my experience growing up as the son of a diplomat comes in handy. 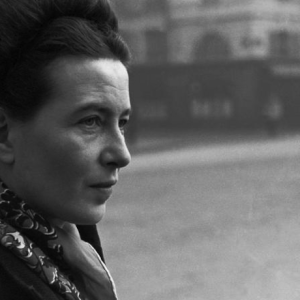 A preview of 101 books and 8 poetry collections coming out in 2016. | Brooklyn Magazine, NPR Searching for Robert...
© LitHub
Back to top