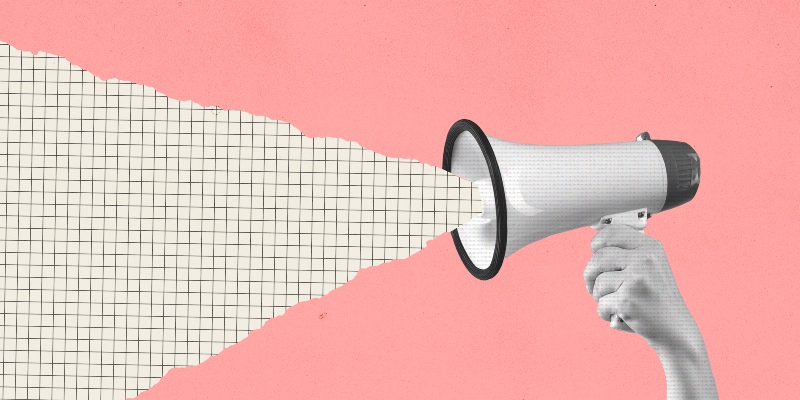 Nicole Walker on the Craft of Getting Personal

On August 18th, almost two months after the Dobbs decision, I published an essay in The New York Times called “My Abortion at 11 Wasn’t a Choice. It Was My Life.” It detailed the molestation I’d experienced as a kid and the subsequent abortion I had in Utah. In the piece, I wondered what my life would be today if I’d been forced to give birth before I was even a teenager. I asked the readers not to look away. The essay found a good readership—I received no hate mail, only letters expressing the reader’s sympathy and thanking me for sharing my story.

After the essay came out, I traveled to Massachusetts and Rhode Island to give talks from my recent book, Processed Meats: Essays on Food, Flesh, and Navigating Disaster, but most everyone wanted to talk about the NYT piece. That was fine with me. I have said the word abortion more times in the past three months than in my whole life. Shame is a thing of the past.

More than once, the audience asked questions about what it was like to write so openly. In response, I quoted Brenda Miller in her essay “Lions and Tigers and Bears Oh My, Courage and Creative Nonfiction,” from Bending Genre, a collection I edited with Margot Singer. Miller writes that while reading an essay she had never read aloud to an audience before, she inadvertently revealed some highly personal material. She had been too enmeshed in the creation of the piece to feel awkward about the content. She was trying to get it right.

I thanked everyone warmly, and I really did appreciate the praise, but I went back to my seat feeling suddenly self-conscious, deflated, a fraud. Brave? I’m afraid of my own shadow. And to anoint me as brave made me feel as if I had really done something wrong, something no one in their right mind would do: risk making an ass of myself in public. Bravery implied that I had screwed up my courage to both write and read that essay, but I had simply been in my chair writing. I had been following form and language and voice to get the essay where it wanted to go; at some point momentum had taken over. I didn’t even know what I was writing until I’d written it, and I’d been chuckling the whole time, enjoying myself immensely. I’d read the piece to that audience only because I liked the form so much, loved reading that voice aloud. Brave? Uh oh, I thought, what have I done?

After quoting Miller, I explained that what I worried about in writing the abortion piece was my metaphors. Was the metaphor of feeling like the gates of a jail came down after Dobbs too extreme? Was the connection to the removal of a cyst from the back of my mom’s head making too much of a parallel between an embryo and a ganglion? Should I begin with dialogue or with the presentation of my daughter as a young woman on the cusp of college, wondering how she wants to contribute to the fabric of this world? When you’re deep in the sentences, you don’t worry about how personal you get—you just hope to convey and to evoke.

I mainly write about the environment by looking through lenses of particular objects: microorganisms, eggs, trees, brine shrimp. In the NYT piece, the lens had already been provided. My abortion at 11 (which, before a fact-checker conferred with my mom, I had thought had been at 12), was the lens. Could I do something more important with my story than deliver a cautionary tale? Could I make it mean something more than one girl’s sad story? I couldn’t connect this short essay to my environmental writing. The political mot juste was obvious, but to Brenda Miller’s point, could I, through language and details, make a piece that was more than tragic or pitiful or political? Could I knit it into a bigger fabric? Using the knitting needle of craft and metaphor, could I hook the yarn of my story to the larger picture?

Could I, through language and details, make a piece that was more than tragic or pitiful or political?

At The College of Holy Cross, I was invited to speak by my friend Leila Philip, whose book Beaverland has just been published. She and I share a common interest in what it means to be a creature on this planet, one who colonized, who has been colonized, an animal who has disappeared, an animal who came back. She taught a triptych essay I wrote called “Fish,” first published in Brevity Magazine. Pressing her students to talk about how agency operates in this super short essay, she noticed that in the first section, in which a salmon flings itself up the fish ladders on the Columbia River, the salmon does what biology instructs—finds a way to spawn. Is that agency or just biological determinism?

In the second tych, the narrator (me) fishes from a boat off the coast of Florida. The captain and steward help her catch a fish by putting her feet in the correct, stirrup-like position. They help her reel in a barracuda. She notes how they leer at her from behind their sunglasses. She is a puppet to their hands and a meal to their eyes. In the third section, I write a recipe. There’s very little agency in a recipe. Do this to a piece of dead fish, I instruct to the reader. Make a delicious sauce.

In discussing the NYT essay and “Fish” with the students, I explored the connections between the bravery Brenda Miller eschews in place of aesthetic interest and the way that the narrative agency in “Fish” is always undermined. The salmon flings itself. The men lift her legs. Whisk oil and water together. Agency, or lack of it, becomes the bigger question.

When you write the hard things, I tell them, you have to trouble the craft to hook into the larger themes. Metaphors can transport the story from singular anecdote to a meaningful, more universal experience. And yet, crafting a story can over-aestheticize the experience, creating distance. In some ways, I worried that the metaphor here was that I, after my molestation and abortion, was the fish. A slab of dead fish. And here I was, doctoring it up, making it palatable. Am I aestheticizing? Am I digging so hard into the sentences that I’m not even sure what I am revealing? But what is “Fish” about but lack of agency? What is Dobbs about except taking away agency from more than half of the country’s people? What is a person anyway? A fish? An egg? A host for microorganisms? That question mark? That’s the hook of the knitting needle—that’s the one that pulls you into the fabric.

Crafting a story can over-aestheticize the experience, creating distance.

In a workshop on writing about abortion, hosted by the Flagstaff Abortion Alliance and other local rights groups, I met with a group of ten on a Sunday morning in a cinder block building. One woman told us we were the first people she had ever told, other than medical staff, that she’d had an abortion. Another woman told us about her pre-Roe abortion in 1969. I told them that this workshop is about writing the hard things—any kind of trauma. Abortion is traumatic primarily because of the way it’s siloed off from normal access to health care, that it’s drenched in politics and suffers from manipulated stories. But it’s also hard to write about head-on. On the one hand, it’s just like writing about a cyst or a broken arm, which might be a boring story. Millions of people have had abortions. What makes yours unique?

To access their unique stories, I had each of them write a paragraph about something they’d been obsessed with this summer, adding as many sensory details as possible. They could write about trees or Grey’s Anatomy or trying to grow tomatoes in Flagstaff’s uncooperative climate. Then I asked them to write another paragraph about something they would like to research. The history of the building in which we wrote. The history of Roe. The Burlington Northern/Santa Fe trains that roll through the middle of our city over 100 times a day.

I then asked them to time-write their stories. For two minutes, they wrote about their hard story, their abortion or otherwise, then they switched to a research question or their obsession for two minutes. Then, back to their trauma story. The effect of this toggling serves a few purposes—it gives the writing tension. It gives the author sensory material to dip into. It gives the author a chance to escape the hard story for a couple of minutes.

But mainly this toggling starts the process of stitching the individual story into the fabric of the larger world, a world made of obsessions, research, and other people’s stories, too. The more stories we tell about the hard things, the more varied and vibrant that larger fabric becomes, the more we recognize each thread as important.

In The Things They Carried, Tim O’Brien shows us how to write about trauma: tell the same story over and over again, from different angles, from different points of view, with different, shimmering details. In the chapter “How to Tell a True War Story,” as O’Brien tries to settle down into the truth of his fellow soldier’s death, the details stick—like Curt Lemon, exploded, his body in a tree where “Dave Jensen and I were ordered to shinny up and peel him off. I remember the white bone of arm.”

O’Brien also remembers a baby buffalo. The color of moss. A can of C rations pork and beans. A guy with Juicy Fruit in his ears to stem the sound of desperate music playing in the background. He remembers the Batangan Peninsula and the river and Bob Kiley, whom everyone called Rat.

Near the end of the chapter, O’Brien writes, “And in the end, of course, a true war story is never about war. It’s about sunlight.” It’s how we look at things—or rather, it’s the act of looking that matters. We must look at the story of the woman who, at age 11, had to have an abortion. We must look at the bone matter hanging in the tree in Vietnam. There are a million ways to tell a war story and an abortion story. There are a million war stories and a million abortion stories. The details make our stories unique, but it’s the act of looking that pulls our stories together.

Nicole Walker is the author of Processed Meats: Essays on Food, Flesh and Navigating Disaster, The After-Normal: Brief, Alphabetical Essays on a Changing Planet, Sustainability: A Love Story, Where the Tiny Things Are, Egg, Micrograms, and Quench Your Thirst with Salt. You can find her at facebook.com/nicole.walker.18041, on Twitter @nikwalkotter, and at nikwalk.com.
https://nikwalk.com/ 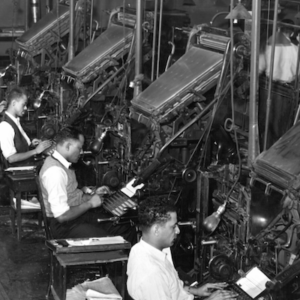