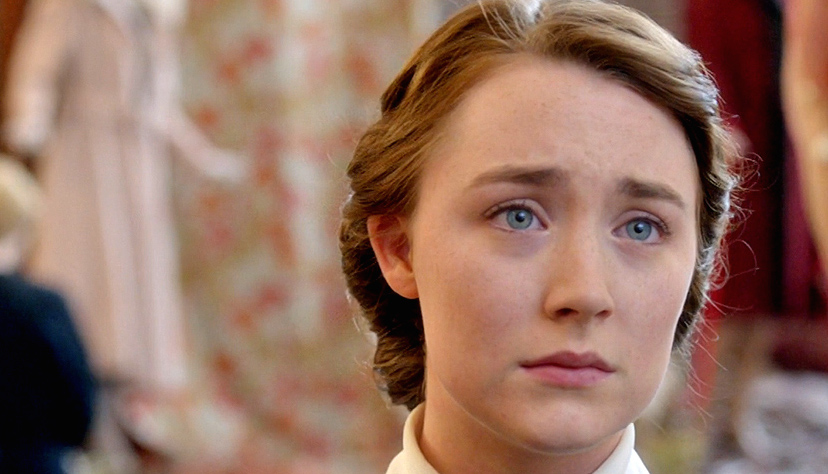 In Which Richard Brody Completely Misses the Point of Brooklyn, the Movie

As long as there have been movies there have been movies from books, and the merits and dangers of page-to-screen adaptations have been exhaustively debated. You might follow the rule that you read before you watch; you might refuse to watch at all. You might remember sitting in a theater during every one of the seven Harry Potter movies, shout-whispering a diatribe of complaints at every departure from the text. Or you might prefer to watch Gone Girl, in which Ben Affleck steps out of the shower, than to read Gone Girl, in which he does not. This is your prerogative.

If you’re open to advice, though, here’s how you should watch Brooklyn, John Crowley’s adaptation of the 2009 Colm Toibin novel, which offers a singular opportunity: to watch it like a book. Or, I’m suggesting that you read the film—either way, that you mix up your verbs and their conventionally respective subjects so as to avoid missing the point. Because Brooklyn the novel upends a typical adventure story by framing it through the gaze of its female heroine, and the film, on which Toibin worked closely with screenwriter Nick Hornby, is accordingly exceptional. To watch it like a movie instead of read it like a book will disappoint you, or make it seem small, which it isn’t. Such responses to Brooklyn reveal how both cinematic and literary narratives are caught up in and come up against the gendered aspects of genre, and the gendered aspects of viewing and reading.

Brooklyn is superficially easy to summarize. Young Eilis (pronounced AY-lish, a nickname I might give to Atticus Lish if we played basketball together) immigrates to New York from an economically depressed Ireland to work in a department store—not the Urban Outfitters in Williamsburg, if that’s what you assumed. Brooklyn takes place in early 1950-something, the beginning of “the lost decade,” when half a million Irish men and women left the country looking for jobs after World War II. Desperately homesick, Eilis, played by Saoirse Ronan, whose face I can say is the closest human likeness to the Moon, eventually falls in love with an Italian boy named Tony. She completes a bookkeeping course, and generally makes an American life for herself, which is the whole idea. But when she has to suddenly return to Ireland, a life there begins to develop, too, and the film and book both end with her choice between her new and old homes.

I say it’s superficially easy to summarize, with pointedness; it’s probably time to mention the piece of criticism out of which this one was born, which is Richard Brody’s New Yorker takedown of Brooklyn’s “minor, dignified, clean-hands art-house preciosity.” He found its characters empty, its colors twee, and its ethos “odious,” “looking backward condescendingly and conveying at the past.” Not to be outdone by the film, Brody’s own condescension abounds, spiking with Eilis, who he found, as a character, “expects nothing, imagines nothing, knows nothing, sees nothing, does nothing.”

How easy it must be to dismiss the stuff of a mid-century adolescent woman’s life—career aspirations, marriage, sex, mothers, sisters, propriety, separation, independence—when you’ve never had to negotiate for it, caught between your desires for living and the expectations of society. Brody’s contempt for the characterization of Eilis readily gives away his privilege, or, to put it another way, gives away what kind of story he would prefer to this one. In his review, he faults Eilis for not visiting Times Square or the Empire State building, forgetting that she’s a single woman living in a strict boardinghouse across a river, essentially forced to move there not to play, but to work. “She has no sense of New York mythology, no anticipation, no curiosity,” he writes, without considering the reality of that mythology for women, who weren’t adventurers, Leo DiCaprios running around the Titanic—they most often left when it was required of them. Here’s Eilis’s perspective, in the novel, of her impending move:

Eilis had always presumed that she would live in the town all her life, as her mother had done, knowing everyone, having the same friends and neighbors, the same routines in the same streets. She had expected that she would find a job in the town, and then marry someone and give up the job and have children. Now, she felt that she was being singled out for something for which she was not in any way prepared, and this, despite the fear it carried with it, gave her a feeling… she might experience in the days before her wedding… days in which she herself was fizzy with excitement but careful not to think too precisely about what the next few weeks would be like in case she lost her nerve.

Eilis feels fizzy with excitement, yes, but afraid, obviously. To castigate her for a presumed lack of intelligence or interest—“she apparently never glanced at a guidebook or an Encyclopaedia Britannica entry,” Brody disparaged—is ignorant of the nuances of her status as not just an outsider, but as a female one. I had no expectation that Eilis would visit Manhattan, nor interest in seeing her there; all the more thrilling and gratifying, then, to watch her visit to Coney Island, relaxing on the beach.

Brody wasn’t convinced by Eilis’s Irish family either, who he similarly found too simply conceived, archetypes of “a halcyon vision of the Old Country.” He wasn’t compelled, apparently, by the complex and brutal tensions between Eilis and her sister, who, with Eilis’s move, is all but relegated to caring for their mother in Enniscorthy, their small town. Or Eilis’s guilt once she returns to Ireland, and her mother’s desperate inability to speak frankly of the future. Perhaps because they are mostly female relationships, these seemed to him “pure” and “blank,” devoid of “artistic aspirations and unruly desires”—he was even unmoved by the scene in which Eilis loses her virginity, which she’ll have to lie about later. I found it mesmerizingly awkward, painful, and exhilarating, much like the real thing. It’s one of the best scenes in the novel, too:

Once again, as he pushed in further, he seemed to become unaware that she was with him. He seemed lost to the world. And this sense of him as beyond her made her want him more than she had ever done, made her feel that this now and the memory of it later would be enough for her and had made a difference to her beyond anything she had imagined.

It makes sense that the scenes from the novel illuminate Eilis’s state of mind in ways that Brooklyn the film doesn’t; it’s a novel of interiority, about a person in a culture that values her agreeability, her silence, so everything must be explored that way. Toibin created Eilis from the experience of older generations, but also from his own, having left Enniscorthy himself, his real hometown (Brody’s claim that Brooklyn lacks “the complexity, the intricate rituals, the festering conflicts” of other portrayals of Ireland is as fetishizing as he claims the film to be). Much of Toibin’s work explores his sexuality, too, and his own silence, growing up and coming out in Ireland. He has said Brooklyn is about “the secret history” of his country, “people leaving and coming back for a short time and leaving again,” and the deep longing and sadness attached to that legacy.

Through the eyes of Eilis, while not as “braggadocious” or “headstrong” as Brody might like her to be, Toibin and Brooklyn truly capture the conflicts at the heart of the immigrant experience. When the novel came out, Maureen Corrigan put it best that, “Toibin invites readers to rethink the familiar heroic version of the coming-to-America saga in which immigrants actively seize their own destinies along with large concepts like ‘freedom’ and ‘possibility.’ Eilis’s muted vacillation makes for a more profound story about ordinary limited options that also feels a lot closer to the emotional truth of the huddled masses.”

Paradoxically, Crowley’s loyalty to this “muted vacillation” has made his film vulnerable to criticism like Brody’s, which lacks comprehension of this female-centric rearticulation of the immigrant mythology. And it’s not only the negative reviews that miss the fact that its Brooklyn’s darkness that makes it moving, calling it “sweet” and “quiet.” So how can you read Brooklyn the film instead of watch it? The answer comes from Toibin, who has said, essentially, to pay close attention. He finds it in that Moon face of Saoirse Ronan’s, which has been, at least, universally praised for its expressiveness and subtlety. He recently said of watching Ronan’s acting, “she doesn’t have to speak; it’s there. If you’re a novelist, you can feel only jealousy toward it. It was brave of John not to let a line of dialogue in, just to leave the camera on her face.”

I say this is a call to read Brooklyn the film instead of watch it because, to me, Toibin is describing the act of empathizing with an other, of imagining what isn’t readily there, practices inherent in reading fiction. Building Eilis’s innermost thoughts and feelings on the page is what brings her to life in the book, and, ironically, watching her inability to voice those hardships explicitly on screen is what propels the narrative of the film. You don’t have to read the novel first to arrive at the film open to the idea of female experience as metaphor for America’s rich and thorny immigration history, though it might not be what you expected, or as easy to recognize as the Empire State Building. You don’t even have to like it, actually. There is no excuse, though, for assuming that a woman who doesn’t say what she feels, thinks, or wants is a woman who feels nothing, thinks nothing, and wants nothing. 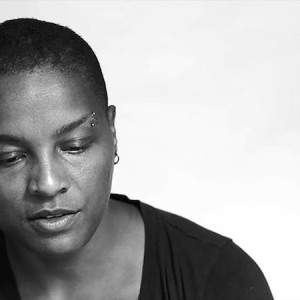 Recently, I had the chance to speak with poet Dawn Lundy Martin about her newest book of poetry, Life in a Box is a Pretty...
© LitHub
Back to top