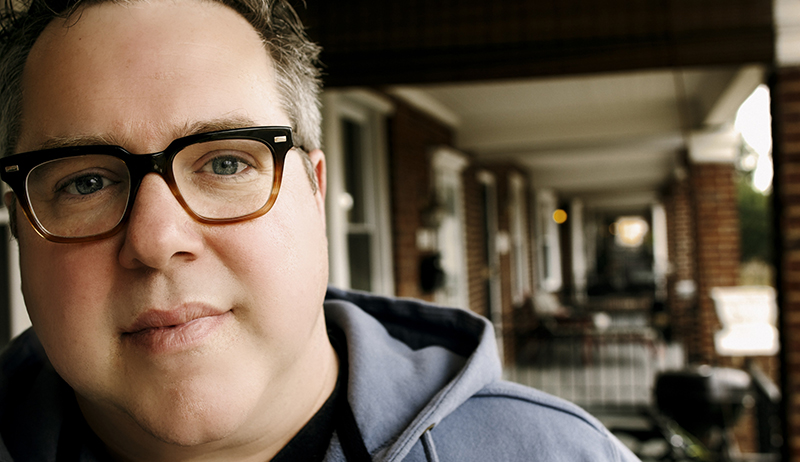 In this episode of The Literary Life with Mitchell Kaplan, Eric Nuzum joins Mitchell to discuss his book, Make Noise: A Creator’s Guide to Podcasting and Great Audio Storytelling, out now from Workman.

Eric Nuzum: I grew up loving radio. To me, radio was the coolest thing I had ever experienced. It was exciting and visceral and things happened, and you really have to understand what was going on in the world by listening to the radio. I remember the early memories of getting in trouble with my parents because they would catch me at night in my room with a flashlight, writing down Casey Kasem’s Top 40, because somebody has to remember this. This is really important stuff. So I wrote it down every week and would stay up late.

Since I was a child, I would put on talk radio at night and listened to it as I drifted off and fell asleep. Everything from politics to the craziness of Art Bell and so and so forth. I’ve always been really excited by that and came into radio kind of by accident. I was in college radio doing a two-hour weekly music show, and I was asked one day if I would come over and watch open reel tapes that would play go over the Thanksgiving holiday weekend. I said I would do that, and I didn’t mess it up. Then I was asked to come back and do it again, and that was basically how I started my radio career as professional.

Over the past 14 years, Eric Nuzum has made podcasts that routinely top the charts, appear in yearly “best of” lists, win awards, and generate hundreds of millions of downloads. He started NPR’s podcasting efforts in 2005 and remained that effort’s chief creative and strategic force for the following decade, leading NPR to become the largest distributor of podcasts in the world. Eric developed some of NPR’s most successful podcasts, and continued that record of success during his tenure as Audible’s leader for short-form content and podcasting. In 2019, he co-founded Magnificent Noise, a podcast production and creative consulting company based in New York City. Eric’s book on audio and podcast creation, titled Make Noise: A Creator’s Guide to Podcasting and Great Audio Storytelling, was released by Workman Publishing in December 2019.

He is also the author of Giving Up the Ghost: A Story About Friendship, 80s Music, A Lost Scrap of Paper, and What It Means to be Haunted (2012), The Dead Travel Fast: Stalking Vampires from Nosferatu to Count Chocula (2007), and Parental Advisory: Music Censorship in America (2001). Nuzum was awarded the National Edward R. Murrow Award for News Writing and his work has appeared in a few publications you’ve heard of and many more that you haven’t heard of. 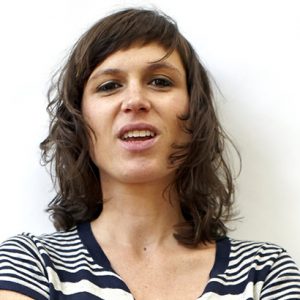 Christopher Hermelin virtually welcomes Courtney Maum to the Damn Bar from Mexico and explains how more drinks are a daquiri...
© LitHub
Back to top