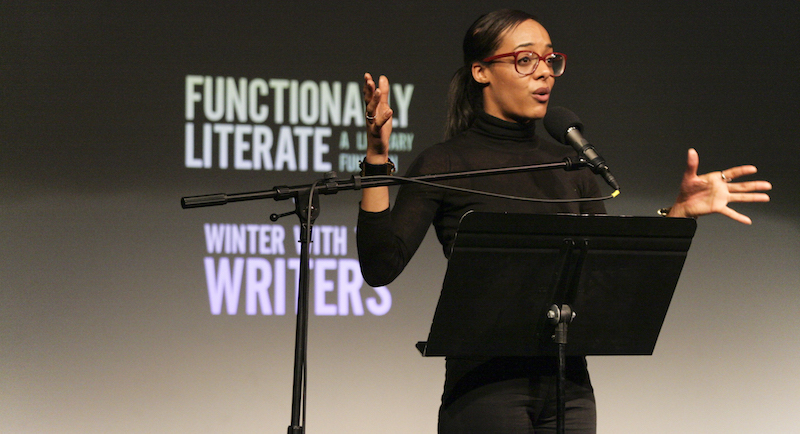 How to Grow a Powerhouse Reading Series

In 2012, I got a text that Jennifer Egan—fresh off her Pulitzer win—was reading at Valencia Community College in Orlando. I was thrilled until I found out the reading was already in progress. The text came from a professor friend who was on campus by chance and had just found out about the reading himself.

These gigs almost always go a certain way: a stretched-thin professor wrenches money from the budget for an author to read under harsh classroom lights (the acquisition of said classroom its own logistical nightmare) to a handful of students on a random weekday afternoon. The students are enriched, but the larger literary community is excluded. This divide between academia and the general public inspired me to start Functionally Literate: a literary function that same year with writer Jared Silvia.

We had a few things going for us already: Orlando is a small pond where it’s easier to make a splash; the series is part of Burrow Press, which had been building a following through local events and publishing projects; and Orlando has a hungry lit community outside academia.

As we planned the series, we created some parameters. We hold events quarterly and invite national authors, because there are plenty of existing monthly series focused on locals. Then we pair a local with each visiting author to spotlight Orlando’s talent and introduce established writers to rising stars. We schedule events for Saturday nights to accommodate students and working stiffs, then add a stage, lighting, and music to remove all traces of academia. And we bookend the program with drinking and mingling to give attendees a chance to bond.

After five years and twenty-one functions, with an average attendance of 100 people—and as many as 250 for bestsellers like Lauren Groff and Jeff VanderMeer—I’ve come to believe that any success should be attributed, banal as it sounds, to community. While defining communities can be problematic, we decided to be naïve and think of our audience as everyone in Central Florida who enjoys literature.

We invited our professor friends to the table from the get-go, convincing them they’d enjoy the series and that it would be a valuable resource for their students. Professors are some of the best writers we’ve got and an integral part of the larger community, so it’s not uncommon to see them attending and reading at our events. Professors have even counted attendance as extra credit and set visiting authors up with small classroom gigs to help cover hotels and other expenses.

It was through community connections with a Rollins College’s radio station, WPRK, that Jared and I finagled Functionally Literate Radio, a weekly FM vehicle for interviewing writers and promoting literary events, including our own. Being aware, supportive, and respectful of other events in town is good literary karma. It also helps avoid double-booking and thinning your audience. Rollins College, for example, brings a world-class writer to town each week in February, so we don’t plan any functions then in deference to the awesomeness of that month. As it happened, Rollins approached us last year to collaborate on a function featuring Lisa Lucas, the Executive Director of the National Book Foundation.

In our efforts to avoid an academic vibe and draw a wider audience, we’ve held functions at a variety of arts spaces, including the Orlando Museum of Art, the Gallery at Avalon Island, the Fringe Festival, the Timucua Arts White House, Blue Bamboo Center for the Arts, and the Lowndes Shakespeare Center, as well as warehouses. This nomadic strategy has garnered new audiences who hadn’t heard of us but frequent these venues, and spaces we’ve worked with have been generous because they see literature as part of the bigger arts picture.

We also collaborate with the non-academic lit community: Bookmark It is our longtime indie bookseller partner; The Drunken Odyssey with John King podcast re-airs our functions; as a member of the Kerouac Project board, I plug their residency program at events and occasionally invite residents to read; and we’ve partnered with the LGBT newspaper Watermark for a function featuring LGBT writers and with the Writer’s Atelier writing center for our first YA-focused function.

Our outreach extends to that elusive community of readers-who-do-not-write. There’s nothing more thrilling than having a stranger tell you they’re at your event with their book club. To find these folks who we might never meet at an art event, we utilize the media. We’ve developed good relationships with arts editors at our local alt weekly, the Orlando Sentinel, and the local NPR affiliate, WMFE, to make sure they get galleys and have a good angle to work with. We blast local blogs and niche media with press releases, but send personalized pitches to outlets most likely to cover the event.

We list events on every conceivable digital calendar, including Yelp (the Orlando chapter is a community partner of ours, which means they feature our events in their massive e-blasts), but press releases are key. After cranking out some hideous ones, I’ve learned to tell the story behind the event (a listing of details isn’t enough). Marketing is uncomfortable territory for me, but bringing more people out to buy books by a writer you admire is a noble cause, and when you believe in an author the press release ends up being honest. I’ve also learned that well-chosen writer pairings and engaging themes create a better story, which in turn sparks interest in readers who may not have heard of the writers.

We also try to think beyond typical media and consider different clubs and cultural associations. When we brought Jacinto Lucas Pires from Portugal, we reached out to the Portuguese consulate in Orlando and brought in a delicious Portuguese food truck. When Jeff VanderMeer was touring for his environmental apocalyptic novel, we contacted environmental organizations. The specificity of this approach has the potential to unearth lots of hidden readers.

If all this seems exhausting, it is (I didn’t even mention plastering the city with posters). But I think being immersed in a lit community is just as rewarding as being immersed in the solitude that reading and writing requires. Reading series are one of many pillars that make literary community possible, and writers here have stepped up to help, from recording events to carting authors to selling books and beer. It makes sense that writers would be invested in an endeavor that attempts to reach readers. No one wants to go it alone, and no one wants to throw a book launch in their hometown only to discover no one is interested in books.

Ryan Rivas is the publisher of Burrow Press. His work has appeared in Best American Nonrequired Reading 2012, Literary Hub, decomP, Paper Darts and elsewhere, and he sometimes reviews books for Orlando Weekly.

How I Learned to Stop Worrying and Love My Writing Group 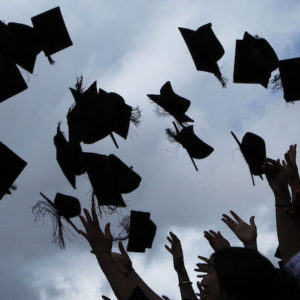 You’ve been given a life sentence, Masters of Fine Art. But it’s also a reprieve from the governor: you will spend the rest...
© LitHub
Back to top