How the War Made Wittgenstein the Philosopher He Was

A young man—not so young as some—is going to war. He is small, aquiline, Jewish, gay, cultivated, and preposterously rich. He speaks the high-toned German of fin-de-siècle Vienna, and has decent enough English to argue with Bertrand Russell, who expects him to take the next big step in philosophy. He is the youngest son of a family ruled with ferocious love by a patriarch, recently dead, who insisted his children live by das harte Muss—the hard must of duty.

Though his late father was one of the wealthiest steelmen in Europe, he has volunteered as a private soldier in an artillery regiment. In his backpack he has a sheaf of notes for a book on philosophy—specifically, the logical form of propositions. When the book is published after the war few will read it, perhaps none will grasp it as its author would wish, but it will make him a metonym for genius, the intellectual counterpart of Caspar David Friedrich’s high peak wanderers. For now he is a citizen of an empire and a soldier in an army that, by the end of the war, will have fallen apart, and after the war he will wear his blue field jacket until it falls apart.

Ludwig Wittgenstein’s Tractatus Logico-Philosophicus, first published in German in 1921, is the most formidably opaque work of modern philosophy, but it is more than this. The first English translation, published in 1922, the year of The Waste Land and Ulysses, might easily have been mistaken for a Modernist war poem—in its structure a satire on the bureaucracies and ranks of the war machine, and in its language a meditation on the inexpressible things its author had witnessed as a soldier.

Death is not an event in life: we do not live to experience death. The limits of my language mean the limits of my world. The solution of the problem of life is seen in the vanishing of the problem. Even some of the densest passages—“Does ‘~~p’ negate ~p, or does it affirm p—or both?”—could stand for the sheer din of the war, the polyglot hubbub of an Austro-Hungarian barracks or a set of coordinates barked over a barrage.

Marjorie Perloff—the critic who pioneered an aesthetically attentive reading of the Tractatus—argues that “this note of irresolution, this recognition of a mystery that cannot be solved” should lead us to bracket the book with the foundational texts of Modernism. And Ray Monk, Wittgenstein’s biographer, has pointed out that Wittgenstein’s reflections on “ethics, aesthetics, the soul and the meaning of life” are entirely absent from the notes he took to war. The Tractatus as it appeared in 1921 was a confluence of three streams: Wittgenstein’s deeply conflicted sense of duty; his work on logic with Russell; and his time as an artillery observer at the Eastern Front. As he wrote to his nephew years later, “[the war] saved me; I don’t know what I’d have done without it.”

Ludwig Wittgenstein’s Tractatus Logico-Philosophicus, first published in German in 1921, might easily have been mistaken for a Modernist war poem.

Wittgenstein grew up in a world of duty. He and his contemporaries struggled to work out exactly what was expected of them, as Austrians, as sons and as men, and how on earth they could possibly live up to these diffuse but exacting obligations. Karl, Wittgenstein’s father, took duty to mean obedience, and sought to shape his sons in his own formidable image. Young Ludwig seems to have escaped the full force of his father’s resolve, but it left its mark. His family regarded him as an obliging boy, rather dim, with a certain aptitude for mechanics.

After school Wittgenstein studied aeronautical engineering in England, flying kites on the moors above Manchester, and happened to read Principles of Mathematics—Russell’s attempt, ultimately flawed, to reconstruct mathematics on a foundation of logic. Family connections led to conversations with the German mathematician Gottlob Frege, who suggested a term of study with Russell. From their first encounter in Cambridge in October 1911 the older man and the younger infuriated, impressed, disappointed and astonished one another. Russell, anxious that his own powers were waning, sought an heir. Wittgenstein, consumed with self-doubt, wanted to know if philosophy could be his vocation.

In Cambridge Wittgenstein worked, and harangued his supposed supervisor, and took tea with the undergraduate mathematician David Hume Pinsent, his closest English friend and (perhaps) the first love of his adult life. Within two years he had grown tired of the airlessness of academic philosophy. Seclusion would give him space to write and think, and in autumn 1913 he moved to a cottage beside a fjord in western Norway. He intended to stay until his work was finished, but a summer visit to his family caught him in Vienna in the late summer of 1914.

Why did Wittgenstein volunteer? His chronic hernias could have secured a medical exemption, or a little string-pulling might have obtained a comfortable sinecure in Vienna. Patriotism, in part—though he was always undeceived about the Central Powers’ chance of victory—but most of all his ingrained sense of duty. For so many of his generation August 1914 promised to satisfy their “quest for authenticity and self-fulfilment” (in Perloff’s phrase). Going to war was a kind of experiment, a chance to find out, empirically, what he would become when he faced death. Within two months Private LJJ Wittgenstein was patrolling the Vistula aboard a captured Russian gunboat.

The young man who came back from the war looked, like so many survivors, much older than his years.

One could write two almost distinct histories of Wittgenstein’s war: the outward story of postings and promotions, battles and retreats; and the war within him, his incessant labor for decency and integrity. His first months of service brought out a monkish aspect, consumed with horror at the cowardice and complacency he found inside himself, and disgusted at the peasant soldiers who were now his equals. After reading The Gospel in Brief, Tolstoy’s recasting of Christ as a visionary teacher, he experienced something like a Christian conversion, one that fed in him a sense of what lay beyond words and the flesh. I am spirit and therefore I am free: what happens to me in the world of events is of little moment compared with the purity of my soul.

If duty is the discipline of living selflessly in the face of mortality, the Tolstoyan pilgrim must always seek closer encounters with death. Dissatisfied with comparatively safe rear-echelon duties, Wittgenstein petitioned for a front-line posting, and in spring 1916 he was sent to the Eastern front with an artillery regiment. Here he volunteered for the most dangerous assignment, as a forward artillery observer, stationed far out in front of his own lines. Within a few weeks of his arrival the Russian army launched the most concentrated offensive of the Eastern war.

Wittgenstein served long days and nights in his dugout; he received medals for his precise reports under vicious bombardment; and, as Monk has observed, his philosophy and his attitude to life were transformed. His recurrent Sorge—anxiety or fear—was replaced with a sense of utter safety. I am spirit and therefore I am free. The austere logician was drawn to reflect on silence, on death, on forms of experience that cannot adequately be put into words. We can see ethical, aesthetic, even religious truths, but we cannot say them, and if we try we will talk nonsense.

As the Russian advance became an Austrian rout he faced another kind of exhausting confrontation, with the limits of his own flesh. Night after night of retreat left him so tired that he almost fell from his horse, and impressed on him that he was, like his comrades and his enemies, only another kind of brute.

Recuperating in Olmütz over the winter of 1916 Wittgenstein befriended the architect-turned-soldier Paul Engelmann. A discussion of Ludwig Uhland’s poem “Count Eberhard’s Hawthorn” provoked Wittgenstein to an insight that seems to anticipate Beckett: “And this is how it is: if only you do not try to utter what is unutterable then nothing gets lost. But the unutterable will be—unutterably—contained in what has been uttered!” Wittgenstein’s outward war had some way to run: he would serve on the Italian front, spend a year in a prisoner-of-war camp, and be driven almost to suicide by the news of Pinsent’s death in an air accident. His inner war, though, was over. For the moment, at least, he had worked out how to say everything that could meaningfully be said.

The young man who came back from the war looked, like so many survivors, much older than his years. He divided his inheritance among his (incredulous and suspicious) siblings, and for a decade or more seemed to want to do anything but philosophy. He taught, brilliantly and imperiously, in an Austrian village school; he tended the monastery garden at Klosterneuburg; he designed a crisp rectilinear townhouse in Vienna for his sister. As in war, so in peace, he sought to immerse himself in duty and, in doing so, to see the vanishing of the problem of life. He returned to philosophy only when he became convinced that silence was not the end of the matter. 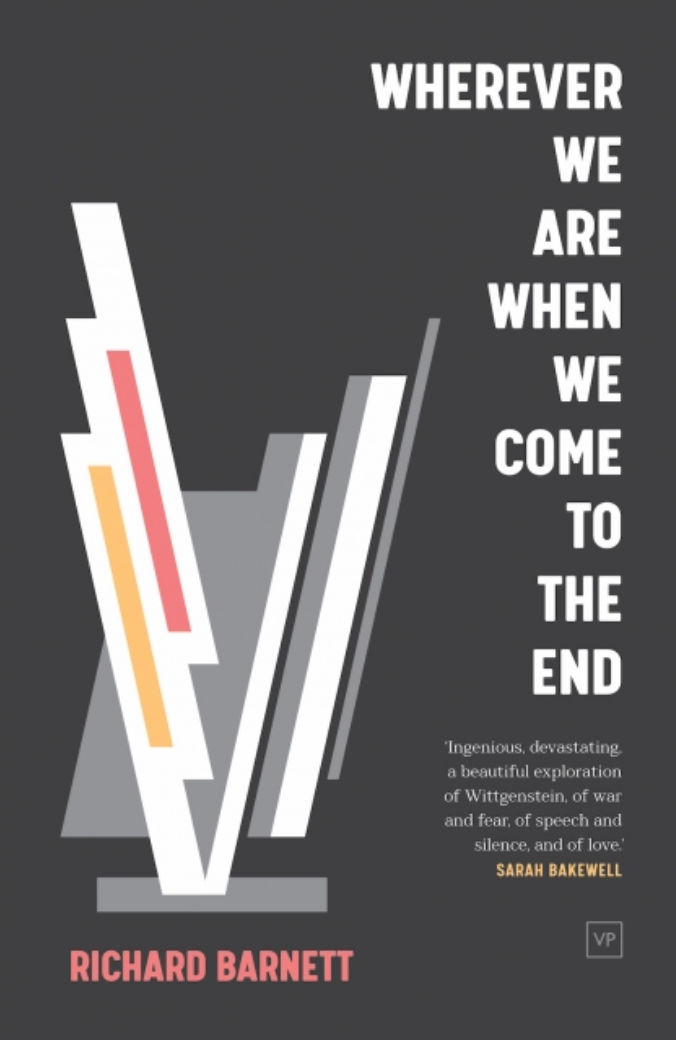 Richard Barnett’s latest collection of poetry, Wherever We Are When We Come To The End, is available from Valley Press.

Richard Barnett is a poet and historian. His latest poetry book, Wherever We Are When We Come To The End, uses the form and the language of the Tractatus Logico-Philosophicus to dramatize Wittgenstein’s thought and experiences in the First World War. He taught the history of science and medicine at Cambridge, Oxford and UCL, and his history books include international bestseller The Sick Rose.

Who Gets To Be Bossypants? On Class and Privilege in Female Comedians’ Memoirs 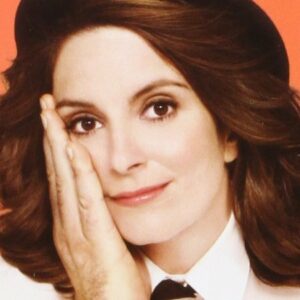 Who Gets To Be Bossypants? On Class and Privilege in Female Comedians’ Memoirs This past April marked ten years since the publication of Tina Fey’s Bossypants, the first in a bestselling genre of the past...
© LitHub
Back to top
Loading Comments...