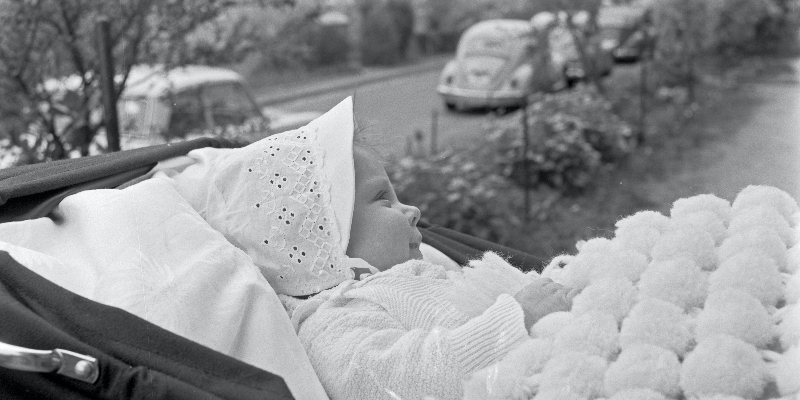 Gabrielle Glaser Talks to Andrew Keen on Keen On

In this episode, Andrew talks with Gabrielle Glaser about her new book, American Baby: A Mother, a Child, and the Shadow History of Adoption.

Andrew Keen: Was there something authoritarian about this culture that we don’t really acknowledge, this supposedly pro-family, pro-baby culture of the 1950s and 60s?

Gabrielle Glaser: Absolutely. There was a huge rise in unwed pregnancies in the years after the war and before Roe v. Wade. The sexual revolution was simmering; birth control was nonexistent, even for married families in many states. Abortion, of course, was illegal before Roe v. Wade, and there was no such thing as sex education. And yet the suburban family was the be all, end all of American culture at that time. The impetus, the desire, the demand that couples get married and procreate was enormous. And if you couldn’t have a baby, if you were infertile, then that was a shame—and actually in some cases, it made you suspect. It made you somehow un-American, and there were rumors about people who had been unable to conceive that they were actually secret reds. I ran across some documentation of that in infertility peer-reviewed medical journals.

So this notion of having a nuclear family was just—if you couldn’t achieve it, the only way to do it was to turn to the children of unwed mothers. And nobody looked behind the curtain about how that was being achieved. These girls were forced into maternity homes, much like Margaret; there were 44 of them nationwide. There were massive adoption agencies that went from state to state. And the demand was outstripping the supply for them from the late 40s all the way through the late 1960s.

Andrew Keen: I’m sort of troubled in many ways not by the book itself, but by the images. Because this image, for example, of a supposedly happy family, as you say, was the picture of the boy with his adopted parents. And now looking at that, it looks very different. Does it seem different to you, that kind of photo?

Andrew Keen: Different in the sense that you know this is a narrative of loss. And that your book is about a little boy who never knew about his mother until the last few months of his life and then had the opportunity to reunite. I wonder how the adopted parents have responded to your narrative.

Gabrielle Glaser: So far I’ve heard from quite a few, and many of them feel somewhat threatened. Many people feel angry and have written a spate of angry emails. I uncover in the book an enormous number of really untoward behaviors, untoward acts that adoption agencies did in the name of creating new families. There were experiments that were funded by the US government, allegedly to measure the intelligence of a newborn baby and be able to match that child with the prospective parents—places of intelligence they allege that they measured on a ten-minute-old baby. I think it’s really uncomfortable for people to come to terms with these really difficult truths that were being perpetrated behind the scenes.

That looks like a sweet little boy and by all accounts, by all means, he was truly loved by his adoptive parents. They were Holocaust survivors and they doted on him, they loved him, they gave him every advantage, and he loved them, too. But the narrative that the adoption agency had perpetrated was that he was unwanted, that he was an inconvenience to his birth mother and his birth father. And the lies that were mutual, they were quite remarkable. Adoption agencies typically would paint a birth mother as a young college girl who was a concert pianist or had a raft of talents, maybe she was on her way to medical school. When in fact, she was a high school girl who got pregnant by her high school boyfriend on prom night.

Gabrielle Glaser is a New York Times bestselling author and journalist whose work on mental health, medicine, and culture has appeared in The New York Times Magazine, The New York Times, The Daily Beast, The Washington Post, Los Angeles Times, The Atlantic, and many other publications. She has appeared on many national radio and television programs, including NPR’s Fresh Air, All Things Considered, WNYC’s On the Media, and The Brian Lehrer Show, NBC’s Nightly News, and ABC’s World NewsTonight. 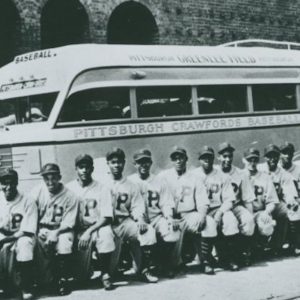 For their own survival, the Negro Leagues had become a system of stars. Of course, even the brightest of them were of only...
© LitHub
Back to top