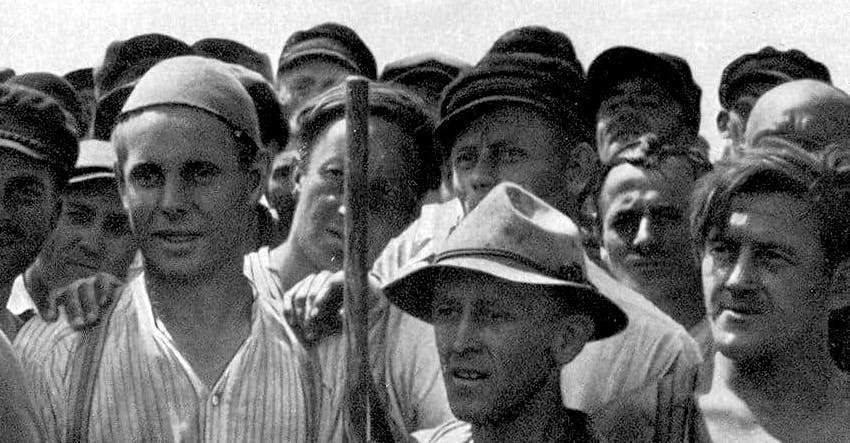 Chilling Reminders: As Late As 1928 the Nazis Were Polling at Less Than 3 Percent

By Daron Acemoglu and James A. Robinson

The Nazi Party evolved out of the German Workers’ Party, which had been founded in Munich in 1919. Adolf Hitler, then still a corporal in the army, was an early recruit and he quickly distinguished himself with his compelling oratory and was made head of propaganda. The name change in 1920 was designed to broaden the appeal of the party by adding “socialist” to the title. By 1921 Hitler’s ruthlessness and charisma had allowed him to take over the leadership of the party with complete authority over objectives and strategy. In November 1923 he made a mistake. He decided that the Nazis would be able to get local military units in Munich to support them in the so‑called Beer Hall Putsch. It was a fiasco. The party was banned and Hitler was arrested.

That the putsch took place in Munich was not a coincidence. The Nazi party had been banned nearly everywhere in Germany after June 1922 when Foreign Minister Walther Rathenau had been assassinated by right‑wing nationalists. But in Bavaria the party was still legal and flourished under the government of the right‑winger Gustav Ritter von Kahr, who had supported paramilitary groups in 1918–1919 and maintained his own independent group, known as the Denizens’ Defense Force. The position of many conservatives was that the Nazis were criminals and thugs, but useful criminals and thugs; their energy could be harnessed to restore the pre‑Weimar regime. The Beer Hall Putsch was a step too far, however. Kahr repudiated the putsch and the military held firm.

Nevertheless, Hitler’s subsequent trial shows that the local authorities were sympathetic to him. They made sure the trial was held in Munich and that Georg Neithardt, an avowed nationalist, was appointed as judge. Neithardt gave Hitler a platform to address the court for hours, turning the whole thing into what one journalist at the time referred to as a “political carnival.” After Hitler’s opening remarks, one of the judges declared, “What a tremendous chap, this Hitler!”

Hitler was sentenced to five years’ imprisonment, but was released early in December 1924, just 13 months after his initial arrest. During his comfortable prison sojourn Hitler wrote his famous book Mein Kampf. He also learned a critical lesson—instead of the putsch, the Nazi party had to take the democratic path to power.

Yet as late as the 1928 election the Nazis were no more than a marginal party, polling at less than 3 percent. That all changed with the Wall Street Crash of 1929 and the start of the worldwide Great Depression. Though the full brunt of this was not to hit Germany until 1930, already 1929 saw a collapse of investment. In 1930 national income fell by 8 percent. By 1931 it had fallen by one‑quarter, by 1932 by almost 40 percent. Many Germans saw their earnings drop precipitously, but the greatest burden fell on those losing their jobs as the unemployment rate rocketed to 44 percent, the highest rate recorded in an advanced economy. For comparison, US unemployment in 1932 was 24 percent while in Britain it was 22 percent.

Until new elections were held on March 5, 1933, Hitler was in charge of the state.

Yet the unemployed themselves did not vote predominantly for the Nazis. They tended to support left‑wing parties, as did those who were members of trade unions. Rather, it was the massive economic insecurity of the times that led the Protestant middle classes, shopkeepers, and farmers as well as the discontented urban youth to be attracted by the Nazis’ vague promises of national renewal. The Nazis became a catchall party for those disillusioned with the existing party system and the politics of Weimar, making the historian Richard Evans describe them as “a rainbow coalition of the discontented.”

In March 1930 the president, Paul von Hindenburg, appointed a new government with Heinrich Brüning of the Center Party as chancellor. The Center Party was only the third‑biggest party behind the Social Democrats and the conservative German National People’s Party, and had 61 out of 491 seats. The appointment of Brüning by Hindenburg heralded the waning of parliamentary rule, as it was done without consultation with the parliament, and most of the new cabinet ministers had no affiliation with any of the parties. Brüning’s government was unable to pass a budget. In response Hindenburg dissolved the parliament. According to the constitution, new elections had to be held within 60 days. They saw the vote share of the Nazi party surge to 18.25 percent, giving them 107 seats in the new parliament. Hindenburg again named Brüning as chancellor and Brüning struggled on in the face of the mounting economic crisis until he was replaced by Franz von Papen in June 1932.

The Communists, in cahoots with the Nazis, immediately tried to organize a no‑confidence vote, but before they could manage it Hindenburg again dissolved the parliament. New elections were held after 60 days in July 1932, but in this period Hindenburg, and effectively Papen, could rule without parliamentary opposition. They took advantage of this opportunity on July 20 to issue an emergency decree, declaring Papen Reichskommissar (Reich Commissioner) for Prussia, giving him direct control over the Prussian government. This type of emergency decree would later be put to nefarious use by the Nazis, dismissing the democratically elected government of the state of Prussia and taking control of its massive security force. Papen himself didn’t seem to have any reservations about the overthrow of the democratically elected government in Prussia. In his memoirs he stated that his goal upon coming to power was to restore the imperial system and monarchy, and it appears that a plan to abolish elections later in 1932 was shelved only because of the threatened no‑confidence vote. At this point, repeating the mistakes of other traditional elites, Papen hatched a strategy of using the popularity of the Nazis as a way to revert the political institutions to the status quo ante Weimar. This turned out to be a terrible miscalculation.

In the election of July 31, 1932, the Nazi vote share shot up to over 37 percent, giving them 230 seats in the Reichstag. After fruitless negotiations over a new government, Hindenburg again dissolved parliament and ruled unopposed through Papen. The next election in November saw the Nazis reduced to 33.1 percent of the vote with 196 seats. It was still a stalemate. Papen was replaced on December 3 by the Reich minister of defense, Kurt von Schleicher, a former general yearning to engineer a coup to set up a conservative authoritarian government with the support of the military but, crucially, without the Nazis. But this scheme came to nothing. Parliament’s disintegration was clear. In 1930 parliamentarians sat for 94 days and passed 98 laws, and President Hindenburg issued only 5 emergency decrees. By 1932 they sat for a puny 13 days and managed to enact just 5 laws. Hindenburg, on the other hand, was much busier, passing 66 emergency decrees. In a vain attempt to create a government that could function, Hindenburg agreed, at Papen’s urging, to appoint Hitler as chancellor, on January 30, 1933. Hitler convinced Hindenburg to dissolve the parliament. Until new elections were held on March 5, 1933, Hitler was in charge of the state.

On February 27 a Dutch Communist, Marinus van der Lubbe, possibly in collaboration with others, burned down the Reichstag. This gave Hitler the excuse he needed to declare that the act was the start of a Communist coup. He induced Hindenburg to use Article 48 to pass the Reichstag Fire Decree, which suspended most civil liberties in Germany, including habeas corpus, freedom of expression, freedom of the press, the right of free association and public assembly, and the secrecy of the post and telephone. With this decree in hand, Hitler was able to use all of the paramilitary and organizational might of the Nazi Party to intimidate and cow into submission any opposition before the March election. In this he was aided by Franz von Papen’s previous takeover of the Prussian government because Hitler got Göring appointed Prussian minister of the interior, effectively putting him charge of the police in half of Germany.

The next step was the Kroll Opera House, the Enabling Act, and the end of Weimar democracy. 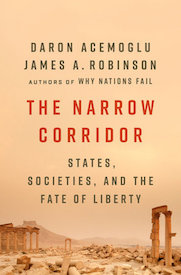 Daron Acemoglu and James A. Robinson

Daron Acemoglu is the Elizabeth and James Killian Professor of Economics at MIT. In 2005 he received the John Bates Clark Medal, given to economists under age 40 judged to have made the most significant contribution to economic thought and knowledge, in 2012 he was awarded the Erwin Plein Nemmers Prize in economics for work of lasting significance, and in 2016 he received the BBVA Frontiers of Knowledge Award in economics, finance, and management for his lifetime contributions. James A. Robinson, a political scientist and economist, is one of nine University Professors at the University of Chicago. Focused on Latin America and Africa, he is currently conducting research in Bolivia, the Democratic Republic of the Congo, Sierra Leone, Haiti, and Colombia, where he has taught for many years during the summer at the University of the Andes in Bogotá. 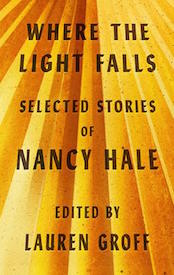 They came to the beach early, in triumph at the perfect morning. It was as if, Mary thought, after all the rain and the two cold...
© LitHub
Back to top
Loading Comments...