How the Flint Water Crisis Encapsulates Our Growing Distrust of Government

David Hardin Talks to Andrew Keen on Keen On

In this episode, Andrew is joined by David Hardin, the author of Standpipe, to discuss the origin and fallout of the Flint, Michigan, water crisis.

Andrew Keen: There was an interesting piece in Politico a few days ago suggesting that Flint, excusing the pun, has cleaned up its water problem, but people still won’t drink it because they don’t trust it. And that, of course, speaks of COVID-19 and the fact that people don’t trust the vaccine. Did you sense, in your experience in driving around Flint during the crisis times, that people had fundamentally lost trust in the authority of government, in the authority of experts on the local, federal, and national level?

David Hardin: I think the trust was long gone before the water crisis emerged. I can only speak to what I encountered while I was there, but there was virtually no trust that the local government, the state government, or even the federal government cared at all about what happened in Flint. People would tell me every day, we were furnishing filters to put on their taps, and they didn’t trust the filters. But they didn’t have much choice. We delivered bottled water also. They were reliant on the bottled water. But no, there was zero trust, in my opinion, back then, but it went back decades.

Andrew Keen: As we suggested earlier, your book is a personal narrative of your growing up in a different kind of America. From what you remember of your parents, was there more trust in government? Has that trust decayed, not only among the people of Flint but broadly in America? And is that the core crisis in America today?

David Hardin: I believe so. Coming up, when I was a kid, I grew up in a middle class neighborhood, we were comfortable. But I think there was a great deal of trust in local government especially; in state government, there was a respect there, I think, for our elected officials. And maybe that began to end in 1973 when Nixon resigned. I don’t know. But I can remember a time when people people trusted their elected officials to do the right thing, to do right by them and their neighbors.

Andrew Keen: You mentioned Trump, you mentioned Nixon. Here we have National Review suggesting that the Democrats should have been indicted also. Do you see the crisis of Flint as a kind of climax of Republican politics, of Nixon and Reagan and Trump?

David Hardin: I would say it’s the beginning of the climax. I might even say the climax we saw two weeks ago, at the Capitol. I hope that was the climax. But Flint certainly represents the first—if you want to compare it to a dam—the first breach of the dam breaking. The first loss of trust in a significant way in the state.

Chronicles of a Writer's 1950s Road Trip Across France 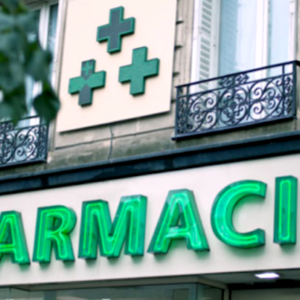 “I am giving one star because less is impossible,” the review began, inauspiciously. “I simply came to buy some toothpaste…” I...
© LitHub
Back to top