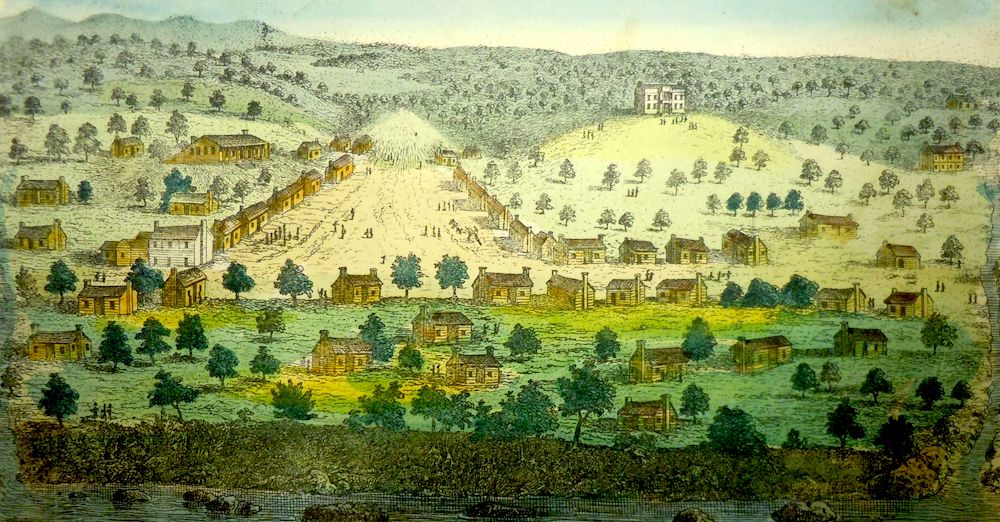 How Texas Was Born of Revolution and Settler-Colonialism

Spain’s North American colonial empire was in its death throes when the Cherokees crossed the Red River in 1819. For almost a decade, Mexico had been wracked by a bloody war for independence that was now grinding toward a conclusion. Home to no more than three thousand Hispanos, Texas had never occupied a significant place in Spain’s imperial project. Nonetheless, it was not spared the wrenching upheaval of revolution, and in recent years the area had devolved into virtual anarchy.

So feeble was Spain’s hold over the northern frontier that Texas had begun to attract the attention of American adventurers, who launched a number of filibustering expeditions into the province. At first, such enterprises were undertaken in cooperation with Mexican revolutionists. But as the War of Independence dragged on, American soldiers of fortune began to pursue an agenda all their own, with the goal of establishing an independent Texas that could one day be annexed by the United States.

Despite the political chaos, Texas remained, for all intents and purposes, a Native American world, inhabited by a constellation of peoples as culturally distinct as the region was vast. Bowls’s Cherokees were not the first refugee Indians from the United States to find a home in East Texas. For several years, this remote corner of New Spain had become a destination of choice for Native Americans displaced by white encroachment.

A few Western Cherokees received permission from Spanish officials to reside in East Texas as early as 1807. About the same time, small groups of Alabama, Coushatta, and Biloxi Indians from the Lower South crossed the Sabine River into Texas, to settle in the bayou country between the Trinity and Neches rivers. Still others, the Shawnees, Delawares, and Kickapoos, Algonquin-speaking peoples from the Ohio River Valley, drifted into East Texas after Tecumseh’s efforts to establish a pan-Indian alliance ended in failure during the War of 1812.

Despite the political chaos, Texas remained, for all intents and purposes, a Native American world.

The Indian refugees who came to Texas from the United States would find an even more diverse collection of Native peoples already living there. Before the arrival of the Spanish, East Texas was one of the densest population centers in North America, home to a flourishing confederacy that extended into northern Louisiana and Arkansas. Known collectively as Caddos, the woodland tribes had been decimated by European diseases, but one or two thousand still remained, living in small villages between the Sabine and Trinity rivers.

Seminomadic Wichitas, driven off the Low Plains by the Osage several decades earlier, occupied the prairies of northeast Texas, while some drifted farther south, into the central part of the province, establishing fortified towns along the Brazos and Navasota rivers. Nomadic tribes, the Comanches and Apaches, vied for control of buffalo grazing lands, having displaced Tonkawa bands that now roamed the post oak savannahs closer to the coast. Along the Gulf Coast, several hundred Karankawas fished and hunted in area bays and waterways, rarely venturing more than a few miles inland.

For Bowls’s Cherokees, the first couple of years would be difficult ones, as they sought to find land not already claimed by Native peoples. After crossing the Red River, they made their way south, to the headwaters of the Trinity near present-day Dallas. There they clashed with the Taovaya Wichitas, who jealously guarded the area’s creeks and streams, heavily timbered with the bois d’arc tree, essential for making bows. Within a year one-third of Bowls’s warriors had been killed in clashes with the tribe.

On the move again, the Cherokees followed well-worn Caddo trails into the forests of East Texas. An immense wedge of timberland comprising roughly one-third of the province, the area was part of a great pine belt that spanned much of the American South, a humid region of slow-moving rivers, languid creeks, and stagnant bayous. Its gently undulating landscape flattened out as it stretched southward, the pine barrens giving way to the wetlands of the Gulf Coast. The Cherokees settled between the Neches and Angelina rivers, about a day’s ride north of the small Spanish town of Nacogdoches. The Caddo Indians resented the newcomers, but unlike the Osage and Wichitas lacked the numbers to expel them.

A recent smallpox pandemic had wiped out more than half the indigenous population, leaving the survivors severely scarred from the effects of the disease. Here, under a canopy of loblolly, longleaf, and shortleaf pines, the Cherokees built villages of log cabins where Caddo brush tipis once stood, and returned long-abandoned, weed-choked fields and pastureland to productivity. The forests teemed with black bear, wild turkeys, peccary, and white-tailed deer. No less important, with Natchitoches, Louisiana, one hundred miles to the east, the Cherokees had a ready market for their skins and furs. Having spent the last decade wandering across the Mississippi Valley, Bowls and his people had at last found a home.

As the War of Independence dragged on, American soldiers of fortune began to pursue an agenda all their own.

Or so they thought.

No sooner had the Cherokees arrived in East Texas than they received news that caused them to question their decision to migrate to Texas. In the summer of 1821, a party of government officials rode into Nacogdoches to escort a twenty-seven-year-old American land agent, Stephen F. Austin, to San Antonio. One year earlier, Austin’s father, Moses, had received permission from the provincial governor to establish a colony of three hundred Anglo-American settlers in Texas. When Moses died of pneumonia, his son decided, after some initial hesitation, to move forward with the project, and had come to Texas to scout out a suitable location for the colony.

News of Austin’s plans created considerable buzz in Louisiana, prompting some families to move across the Sabine River. For the Cherokees, reports of Anglo-American migration were a troubling development, given the failure of federal and state officials to protect them from white encroachment in the United States. Complicating matters still further, they learned a few months later that the Spanish viceroy had ratified the Plan of Iguala, confirming Mexico’s independence. What all this meant for the Cherokees remained to be seen. They were no longer under the protection of Spain, and as squatters had no legal claim to the land they were now working so hard to improve.

Richard Fields was especially keen to have some clarity on the Cherokees’ status as residents of Mexico. He had recently moved south into Texas, possibly a victim of the economic downturn that gripped the United States in 1819. Joining Bowls in the Piney Woods, he quickly assumed a position of some authority with the tribe, although the two men, separated by a generation that had seen dramatic changes in Cherokee life and culture, had little in common. Unlike Bowls, Fields saw land as a commodity, a perspective that gave him a clearer understanding of the value of legal title.

Early in 1822 Fields wrote to Mexican authorities, introducing himself as “a chief of the Cherokee Nation.” The Spanish had given the immigrant Indians land grants to settle in Texas, he explained. Did the new Mexican government intend to honor these commitments? In fact, no such contracts existed; Spanish officials had merely given a few refugee Indian groups informal permission to settle the area. It would not be the only time Fields would exhibit a casual disregard for the truth in his dealings with Mexican authorities. “I wish to humbly fall at your feet and ask you,” he inquired plaintively, “what must be done with us poor Indians?” 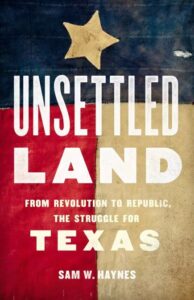 Excerpted from Unsettled Land: From Revolution to Republic, the Struggle for Texas by Sam W. Haynes. Copyright © 2022. Available from Basic Books, an imprint of Hachette Book Group, Inc.

Sam W. Haynes is a professor in the department of history and the director of the Center for Greater Southwestern Studies at the University of Texas at Arlington. He lives in Dallas, Texas. 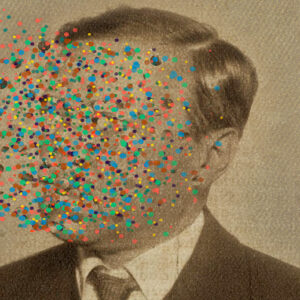 Echoes have unpredictable relations to time. When the sound of our own voice returns to us, we hear it as the voice of a stranger....
© LitHub
Back to top
Loading Comments...