Alan Mikhail in Conversation with Andrew Keen on Keen On

Andrew Keen: Alan, you said historians—well, we—can’t look backwards. History always moves forward. You, as the chair of the Yale History Department, know that better than most. Let’s think forward. Let’s put on our science fiction caps, think perhaps 2520. A thousand years after Selim’s death, September 25, 1520. When the 26th-century version of Alan Mikhail writes his book about the 21st century, do you think the equivalent of Selim will be Xi Jinping? Do you think 2020 represents in many ways a symbolic end to this Western dominance that began in 1520?

Alan Mikhail: Interesting question. I mean, my quick answer is, I don’t know. But I do think we are in a moment of transition. And these transitions are slow. I think it’s clear that American empire around the world is waning in some way. That Chinese power has been projected into the world in all kinds of ways. The One Belt, One Road, the ports in Africa and Latin America, et cetera. So, we’re certainly at an inflection point in terms of world power.

I think it is interesting to think about—and I’m not the only person who has thought about this, there are several books on this—an idea that we are in some ways going back to a more normal state of affairs in world history, where large powers in Asia are the world’s strongest states. That was the case up until—we could argue about a date—but 1600, 1750, something like that, before the rise of Europe and America. And in many ways, as in most specifically in our case, America seems to be retreating from its place of dominance in world power. We have a place like China, maybe India, rising in prominence in world history.

So, I certainly think that we’re moving in that direction. Is it this year that it happens? I don’t know. I mean, as an historian, I would say these things are slow and happen over a set of decades. But I think we’re certainly in the midst of that process.

A leading historian of his generation, Alan Mikhail, professor of history and chair of the Department of History at Yale University, has reforged our understandings of the past through his previous three prize-winning books on the history of the Middle East. In writing God’s Shadow, he has drawn on Ottoman Turkish, modern Turkish, Arabic, Spanish, Italian, and French sources. He lives in New York and New Haven, Connecticut.

Dwight Trible: "People Have Always Come Together with Music" 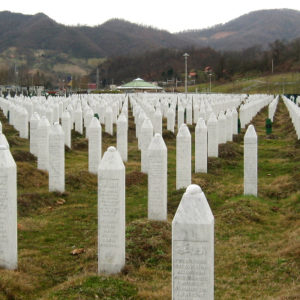 In The Past Can't Heal Us (Cambridge University Press, 2020), Lea David investigates the relationship between human rights...
© LitHub
Back to top