History has a way of burying gold. When diving deep into the past, searching for details of some Americans’ lives can be a fool’s errand, and the records of brilliant African Americans who lived centuries ago are often scant. For many of the greatest geniuses, it’s as if they never existed at all.

My newest novel, Sing Her Name, comes at a full-circle moment in my writing career. I’m a professional violinist but added “author” to my resume in the 1980s. During the pre-digital age of libraries, where heavy oak drawers housed 3×5 cards of each book and reference shelves bowed under hard-bound encyclopedias, I went searching for information about a certain 19th-century diva for a book I was doing on the history of black classical singers.

As expected, I found very little on Sissieretta Jones, and wondered: Was it possible that the highest paid black performer of the century, who had sung for presidents, kings, queens and kaisers, and was the first black artist to headline at Carnegie Hall and Madison Square Garden, could have passed on into history, leaving barely a trace?

It was in the Dallas Public Library that I found modest mention of Sissieretta Jones. There was a footnote or paragraph here and there from black historians, but no books and no illuminating articles. Yet, even with minimal references, one thing was clear: Soprano Sissieretta Jones, who had been ignored by recording companies and barred from opera due to race, had been the premier black performer in the 19th century.

One card in the catalogue would seed research on Jones for the next decades: Willia Daughtry a distant descendant of Jones, had penned a dissertation on her. The dissertation steered me to the most credible cache of information about the diva: a scrapbook of news clippings and other memorabilia kept by the artist herself. It was as if Jones, knowing that history would bury her legacy and remove it from future conversations about great artists, constructed a time capsule of sorts—a small trove, to be unearthed later—containing the puzzle pieces of her life.

Once I learned the location of Jones’ scrapbook, I hurried to Washington, D.C., and found myself in the basement of the Howard University library. Esme Bhan, a pleasant, studious woman with a thoughtful countenance, was an expert overseer of the Moorland Spingarn collection. After a brief conversation, she spoke the words that every researcher dreams of: “I think we have what you are looking for.” She disappeared behind a door and in moments, emerged with a box containing the story of the lost diva.

I decided if Jones wanted so much to be remembered, I would do my part.

The box held a legal-size journal, buckled with glue-backed clippings and made with all the humble, hand-crafted care of a family scrapbook. Pages and pages of pasted newspaper reviews, previews, postcards, and announcements dated from 1888 to about 1916. Accolades filled each page, from the Fort Worth Star Telegram to Berlin’s Zeitung newspaper, all praising Jones’ extraordinary voice and most comparing her favorably to the reigning white opera diva, Adelina Patti. The press dubbed Jones the “Black Patti,” a backhanded compliment, as if a black woman’s artistry needed a white woman’s tag for validation.

The two were not really comparable; Patti was the queen of American opera houses, and being black, Jones was not allowed. Jones was outspoken about her disappointment. “They say my color is against me,” she admitted to one reporter.

Still, Jones soldiered on, finding a way to address the opera snub. When minstrel shows swept the country, Jones formed a minstrel-style troupe of singers, dancers, and comedians to serve as a warm-up for her main event—opera excerpts with Jones as the starring diva in full costume, complete with a chorus. Black Patti’s Troubadours traversed the map from California to New York, playing theaters and opera houses in nearly every major city.

The pages detailed highs and lows of Jones’ life. Her stunning Carnegie Hall and Madison Square Garden concerts propelled her fame, but more than one critic lambasted her for clinging to the nickname “Black Patti,” a label she was coerced into using by her managers. She sang for four US presidents, Prince Edward VII of England, and Kaiser Wilhelm of Germany, but had to sue her manager over a financial dispute. Jones divorced her husband when he absconded with concert profits; the book even contained the announcement of her divorce and bankruptcy.

Jones achieved a tremendous level of fame but died broke, and, eventually, her name faded from popular memory. Clearly, she had a clue, as a black woman, that what fame she enjoyed would not live on as legacy, and desired more than footnote-status in future accounts of American music. Hers was an extraordinary life that might have vanished from history had it not been for Jones herself, taking care to leave behind irrefutable evidence of her fame.

For the next several days while in DC, I became a pilgrim to the shrine of Sissieretta. I poured over the material, the photos, the postcards, and handwritten notes from Jones to a cousin. I photocopied every page, and a vibrant mosaic of the artist’s life emerged. She was southern-born to a freed slave, possessed an amazing talent, emigrated north and honed her craft in Boston, and, after the Madison Square Garden concert, became an overnight sensation. The rest is history—or it should have been.

I decided if Jones wanted so much to be remembered, I would do my part. When I wrote And So I Sing: African American Divas of Opera and Concert, I started the book with a chapter on Sissieretta Jones.

I often wonder what might have happened if Jones had not left a scrapbook behind, a prescient message to the future: I was here and this is what I did.

To say that Jones was forgotten is not completely true. In the very small world of black history scholars, and the even smaller one of black music historians, the mention of Jones’ name has always elicited a smile, a gesture of kinship noting a common bond. And in time, history would become kinder. Acknowledging that Jones’ death in 1933 was not recorded in The New York Times, the newspaper corrected the omission in a 2018 series titled “Overlooked No More,” which published belated obituaries for many women, artists of color, and others. The Times wrote: “Who gets remembered, and how, involves judgment. To look back at the obituaries … can provide a stark lesson in how society values various achievements and achievers.”

Everyone loves a good story, and fiction is a great way to illuminate truth. Sing Her Name is fiction, and while it is not only about Jones, her spirit resides throughout it. It is the story of two women a century apart—one looking back in history to inspire a way forward, another looking ahead, hoping to claim her place in the future.

It has been 30 years since I first opened the scrapbook Jones left behind, and when I think about that moment, I still feel that rush of discovery. June 2022 marks the 130th anniversary of Jones’ first appearance at Carnegie Hall, but it has only been in the last few decades that her career has become part of conversations about great artists of the past. There are no known recordings of her. I often wonder what might have happened if Jones had not left a scrapbook behind, a prescient message to the future: I was here and this is what I did. Do not forget me.

There is a moment in Sing Her Name when the character Eden—a gifted singer, struggling waitress, and sole guardian of her younger brother—opens a scrapbook belonging to a 19th-century diva and enters a magical world. From that moment, she is never the same. Sissieretta Jones’ story also offers hope and inspiration to young artists facing daunting odds; the daughter of an enslaved man, she led a life fraught with obstacles, but her artistry was admired throughout the world. Her life was about more than the art of music. It was a triumph of the improbable and a testament to the art of the possible. 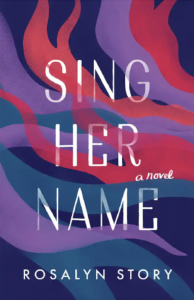 Sing Her Name by Rosalyn Story is available via Agate Publishing.

Rosalyn Story is a violinist with the Fort Worth Symphony and the author of the novels More Than You Know (Agate Bolden, 2004) and Wading Home (Agate Bolden, 2010), as well as And So I Sing, a nonfiction work about African American opera singers. She lives in Dallas, Texas.

What Makes Mysteries so Compelling? 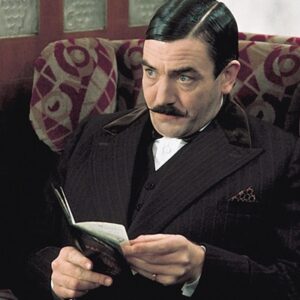 What Makes Mysteries so Compelling?