How Scientists Diagnosed King Tut Thousands of Years After His Death

Dale Greenwalt on the Detection of Ancient Diseases

King Tut was a mess.

The 19-year-old had a clubbed foot that necessitated the lifetime use of a cane, a nasty fracture of his right knee, scoliosis, and a cleft palate. He had his parents, who were brother and sister, to thank for most of his genetic problems. Nevertheless, he himself married his half-sister Ankhesenamun and, as often occurs in cases of incest, fathered two stillborn children. He also had sickle cell disease and malaria; we know this because of our ability to detect and characterize DNA sourced from both the young pharaoh and his parasites.

In a study led by Zahi Hawass, the charismatic former Minister of Egyptian Antiquities, DNA extracted from the mummy of Tutankhamun was found to contain DNA of the protozoan, Plasmodium falciparum, the causative agent of malaria. Indeed, researchers detected DNA from two different variants of the parasite, an indication that King Tutankhamun had suffered through two different and distinct bouts of the disease. Despite his high status, he was as familiar with blood-engorged mosquitoes as the stoneworkers who carved his tomb.

The detection of ancient diseases, once a favorite pastime of pathologists with time on their hands, is now an active field of research. Their work has been made much easier by the availability of ancient protein and DNA. Scientists have been able to diagnose deep time cases of leprosy, syphilis, Lyme disease, influenza, the plague, multiple myeloma, sickle cell disease, and a number of different parasitic diseases. In a particularly gruesome example, the lips of exceptionally preserved mummies of a 7-year-old boy and a 15-year-old girl—sacrificed as part of a religious ritual 500 years ago and subsequently buried under half a meter of volcanic ash at the summit of a 22,000-foot-high volcano in Salta, Argentina—were covered with blood.

Proteome analysis of a swab of the blood-covered lips of the young Andean girl identified 67 different proteins, several of which were related to inflammation. DNA isolated from the blood sample contained sequences from a bacterium, Mycobacterium sp. The girl had suffered severe inflammation due to a pulmonary bacterial infection, most probably tuberculosis.

Inflammation is both a gift and a curse.

Inflammation is both a gift and a curse. In response to invasion by a pathogen, cells of our immune system immediately migrate to the point of infection and release what immunologists call a “storm” or flood of defensive signals and proteins. The subsequent cascade of reactions includes increased blood flow and heightened vessel permeability as liquids flow into our tissues. This initial response is meant to be temporary, but sometimes it can do more harm than good. Blood pressure falls as vessels expand and the accumulation of fluids causes swelling.

SARS CoV-2, for instance, is sometimes fatal due to the scorched-earth tactics of our immune system. The infected regions of the lungs are identified and encircled. In so doing, these areas are pumped full of fluids and closed off, precipitously limiting the ability of the lungs to provide the body with oxygen.

A surprisingly large fraction of our entire proteome is, in one way or another, involved in the immune system’s response to viral infections. The genes responsible for these several thousand proteins are unique in that throughout our evolutionary history they have undergone significant mutation, a testament to the body’s continuous attempt to keep up with Earth’s huge array of viruses. Neandertals and their ancestors were exposed to influenza, herpes, and HIV-like viruses as they lived in and migrated out of Africa.

Recently, extensive genomic analyses have determined that the Neandertals also provided us with a powerful ability to fight these viruses. Prominent among the 2 percent of our DNA that is “Neandertal DNA” are two  genes that encode immune cell proteins that constitute a first line of defense—they find and bind to pathogens and signal a call to arms that mobilizes the immune system.

Given the interbreeding between modern humans and Neandertals, many of our ancestors contained, at one point, 50 percent “Neandertal DNA.” Over time, Neandertal genes that did not confer an evolutionary advantage were gradually lost. The essential nature of the Neandertal anti-virus genes is indicated by the fact that they have survived in our genome for tens of thousands of years.

The essential nature of the Neandertal anti-virus genes is indicated by the fact that they have survived in our genome for tens of thousands of years.

Our two Neandertal-derived immune system genes encode proteins called toll-like receptors. Humans have genes for 10 different toll-like receptors, each of which recognizes and binds to different types of pathogens. Unfortunately, the two genes inherited from the Neandertal genome, while critical to our health, also come with a downside: they are, in large part, responsible for the increased sensitivity some of us show to nonpathogenic materials like pollen. We inherited our allergies from the Neandertals.

Toll-like receptors were also behind Tutankhamun’s repeated malarial infections. As with other infectious diseases, the immune system recognizes the malarial pathogen and greets it with an initial flood of defensive proteins that, among other things, induces an inflammatory response. But the malarial parasite introduces a nasty twist to the story. Axel Kallies, Diana Silvia Hansen, and their colleagues in Melbourne, Australia, have determined that interferon, one of the defensive proteins produced in response to malarial infection, interferes with one of the fundamental functions of immune system helper cells (T-helper cells).

These cells normally stimulate antibody-producing cells (B-cells) to make antibodies that bind to and initiate destruction of the pathogen. In the presence of the malarial parasite, interferon prevents interaction between these cells, thus preventing the production of antibodies. The disease is unusual in that it can take decades and multiple infections before sufficient antibodies are produced to make a patient immune; Tutankhamun never acquired immunity against the malarial parasite.

The practical significance of our Neandertal DNA has been made even more apparent by recent data from the laboratory of Svante Pääbo. There exists a small fragment of Neandertal DNA on chromosome 3 that contains six different genes, one of which encodes a protein on the surface of certain types of immune cells. The production of that protein is correlated with the severity of COVID-19, hospitalization, and respiratory failure.

If you have that Neandertal gene and you become infected with the SARS-CoV-2 coronavirus, your chances of becoming seriously ill significantly increase. The Neandertal protein binds to an inflammatory signaling protein that induces the migration of immune cells that participate in the regulation of immune responses in the lungs. The potential mechanisms by which this interaction makes COVID-19 a deadly disease are still being examined. 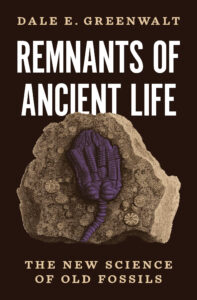 Satyrs and Poets and Jazzmen and Muses: Anne Waldman on Life at Bennington in the Early 1960s 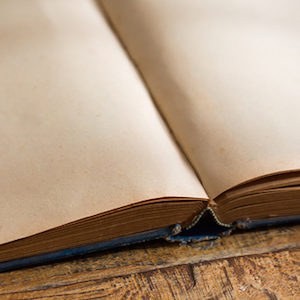 I kind of love acknowledgement pages. When I was trying to find an agent for my first novel, I would go to the local Borders...
© LitHub
Back to top
Loading Comments...