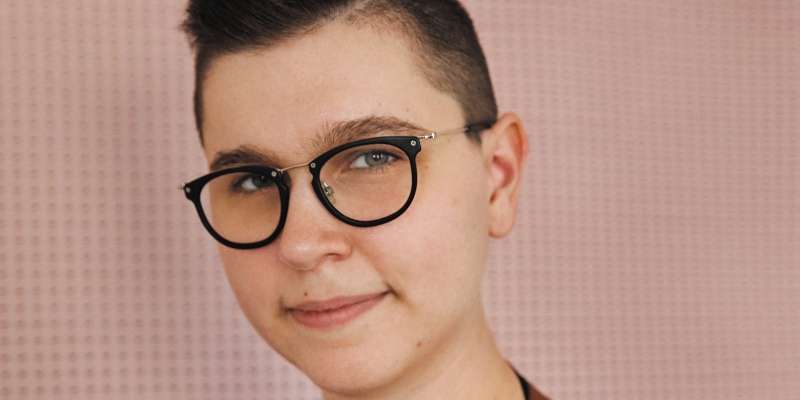 When A.E. Osworth drops into the Damn Library to talk about their novel We Are Watching Eliza Bright, which means we get to really talk about the internet, since that’s where their novel is largely set. This is also how we talk about video games, and epistolary novels, and the process of getting a couple different choruses on the page. Plus, we talk about Patricia Lockwood’s No One is Talking About This, another internet novel, getting very into the megabytes of how these two books treat their online spheres.

Drew: A Big Storm Knocked It Over and Goodbye Without Leaving by Laurie Colwin // The Fisherman by John Langan (Contemporary Classics edition from Undertow Publications)

Christopher: Appleseed by Matt Bell // The Chosen and the Beautiful by Nghi Vo

Austen: What’s Mine and Yours by Naima Coster // Luster by Raven Leilani // Because Internet by Gretchen McCulloch // The Rise and Fall of Adam and Eve by Stephen Greenblatt // The Future Home of the Living God by Louise Erdrich

Austen: “the abstract concept of hope because this won’t be forever” // colorful jumpsuits from Wild Fang or Big Bud Press

Christopher: I remember when we were first chatting about it when we first met, and we were talking about Jane Austen and how that’s what inspired you in some ways. Tell us more about that.

Austen: So the book, among other things, to give us some touchstones of things that are perhaps reliable, contains emails, transcripts of g-chats, and in one case, a transcript of Signal and a transcript of Internet Relay Chat. And it has these artifacts, essentially, of communication that are epistolary in nature—excepting for the fact, of course, that it’s the internet, so letters work much faster. But the actual function of letters in the book, even if they are letters that are instantly transmitted, they work the same way. And so one of the touchstones for how to use letters, and this kind of social intrigue that can come from letters, and the kind of misunderstandings that can come from letters—they are reliable, and also if you are not one of the people in the conversation, there are things that you’ll miss—all of that functions in Jane Austen’s work, and I was specifically thinking about Pride and Prejudice, which is my favorite book of all time.

Austen: I know, right? Looking at me, you wouldn’t guess that my favorite book of all time is Jane Austen’s Pride and Prejudice. But it is. I love it so much. And that is what I was thinking about when I included g-chats and emails. It’s just letters but faster.

Drew: I love that. I’ve never thought about it like that, and I now feel like I will never be able to unthink about that—that conceptually it’s the same thing, just really fast.

A.E. Osworth: I mean, I think that most things about the internet—people treat the internet as if it’s this bleeding-edge space, and in some ways it is. But we are the same kinds of creatures that are accessing it that we have always been. And so a lot of the ways the internet functions, it’s not necessarily new, even if it feels really new. It’s just bigger or faster or turned up in some way. But the actual underpinning of it is incredibly old. At least that’s how I think of it. 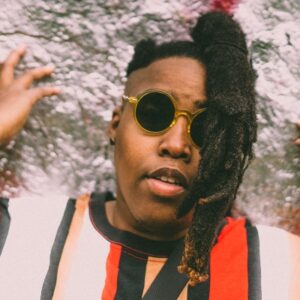 Mission Creek Festival returns virtually April 29-30 with DUOS. The festival features musicians and writers performing their...
© LitHub
Back to top