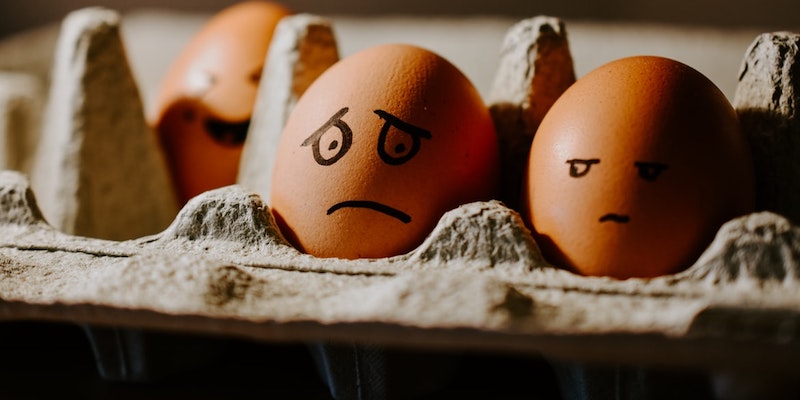 How Our Social Emotions Laid the Foundation for Functioning Societies

No species is static, and as, over time, our ancient ancestors became more social, our emotional makeup evolved to accommodate and serve our more connected existence. New and more complex layers were added to our emotional repertoire, having to do with human interaction and social norms such as loyalty, honesty, and reciprocity. These are the so-called social emotions such as guilt, shame, jealousy, indignation, gratitude, admiration, empathy, and pride.

Indignation, for example, often arises when one observes a person transgressing social norms. Gratitude and admiration arise when we experience someone fulfilling or exceeding them. Jealousy and shame seem to have arisen because, as human societies were evolving, an individual’s ability to physically defend his or her interests was central to maintaining status and reproductive potential. If a male’s mate was sexually unfaithful, and that became public, his peers would notice, and that would increase the probability that he’d be challenged in the reproductive or other domains. The male emotion systems of sexual jealousy and shame evolved as a response to compel individuals to resist such eventualities, while the female’s strong need for the feeling of attachment was shaped by her role, emphasizing the importance of finding a committed mate who would help care for her offspring.

Researchers have found that the basic neural apparatus that governed disgust in the physical world was adapted to the social context.

Jonathan Haidt, now a professor of ethical leadership at New York University, has made a career out of investigating the relationship between human moral reasoning and emotion. One of his most famous papers, cited more than seven thousand times in the academic literature, is titled “The Emotional Dog and Its Rational Tail.” I’ve argued in this chapter that our seemingly rational thoughts, calculations, and decisions are inextricably entwined with our emotions, which act—usually behind the scenes—to alter our mental calculus. Haidt goes even further, contending that emotion, and in particular social emotion, is the primary driver of moral reasoning as well as other kinds of thought processes.

Much of Haidt’s work centers on what role disgust plays in our lives. Researchers have found that the basic neural apparatus that governed disgust in the physical world was adapted to the social context. The emotion that had originally protected us from eating food that had gone bad expanded during our evolution to become a guardian of the social and moral order. As a result, today we become disgusted not just by rotten food but by “rotten” people. Across many cultures, both the words and the facial expressions used to reject repulsive material are also used to reject socially inappropriate people and behaviors.

In one research article, Haidt describes how he and his colleagues arranged for volunteer college students to be paid in candy bars and asked them to evaluate the morality of various scenarios. The control group would do that in an ordinary laboratory setting, while the experimental subjects would do it in a work space “set up to look rather disgusting.” Haidt had hypothesized that the subjects would mistake the physical disgust arising from their surroundings as social disgust related to the scenarios they read. If physical disgust can bleed into the social realm (and vice versa), this would be support for his notion that the two emotions are closely related.

In Haidt’s experiment, the room for the control group was perfectly orderly and clean. The disgusting room contained a chair that had a torn and dirty cushion; a trash can overflowing with greasy pizza boxes and dirty facial tissues; and a desk that was sticky and stained, on top of which were a chewed-up pen and a transparent cup with the dried-up remains of a smoothie. If, when reading this, you’re thinking, “sounds like a typical dorm room,” then you know college students better than Haidt did. His article concedes that their attempt to disgust the students had failed. Those in the “disgust” group didn’t find the room disgusting at all (based on a questionnaire that they were given).

Haidt and his colleagues had more success with another experiment that used a more reliable method to elicit disgust, even among students—fart spray. (It turns out you can order this online.) In that experiment, researchers released the spray in their experiment room shortly before a group of participants arrived and then handed them a questionnaire probing their attitudes regarding moral issues such as whether it is acceptable for first cousins to have sex or marry. They found that compared with other subjects who answered the questions in a room that didn’t stink, these participants made harsher moral judgments.

Despite the one misfire, Haidt’s studies have generally been well replicated. In an experiment by another group, for example, the experience of disgust evoked by drinking a bitter liquid increased moral disapproval ratings of an ethical violation. And conversely, thinking about moral transgressions led participants to perceive an unpalatable beverage as more disgusting than did a control group. What’s more, scientists have documented a correlation between a person’s feeling of vulnerability to infectious disease and the person’s negative reactions to people who appear unhealthy or are very old, or even to those who, like foreigners, simply look different. They found the same tendencies in one particularly vulnerable group of individuals: pregnant women.

A lack of social emotion does often lead psychopaths to disregard social norms and exhibit a pattern of antisocial, immoral, and destructive behavior.

If Haidt is correct about social emotions being the basis of our emotional sense of morality, then those emotions are crucial to our ability to cooperate and live together in societies. Just as the function of brain structures is often elucidated through the study of people with damage to them, the importance of social emotions in maintaining a well-functioning society is illustrated by what happens when a person lacks that type of feeling, as in psychopaths. In 2017, for example, a sixty-four-year-old former auditor, real estate businessman, and gambler named Stephen Paddock checked into adjoining suites on the thirty-second floor of the Mandalay Bay hotel in Las Vegas and, with the unwitting help of the bellhops, brought up five suitcases of weapons and ammunition. On the night of Sunday, October 1, he fired more than eleven hundred rounds into a crowd of concertgoers below, killing fifty-eight and wounding 851, including those injured in the ensuing panic. Police never found a motive, even after years of investigation. In fact, the episode seems to have been executed with the same ho-hum attitude that might characterize a trip to the grocery store.

About a year later, another gunman walked into a country music bar in Thousand Oaks, California, that was frequented by many college students, including some who had been at the Las Vegas concert. He shot twelve people to death before killing himself. This gunman took the time to post on Instagram during the shooting, just as you might do during a set by a band you liked. “It’s too bad I won’t get to see all the illogical and pathetic reasons people will put in my mouth as to why I did it,” he said in one of the posts. And then this gunman explained himself. In doing so, he likely illuminated Paddock’s motive as well. “Fact is I had no reason to do it,” he wrote. “I just thought $@#&, life is boring so why not?”

People speak of psychopaths as if they were “crazy,” but the connotation of “crazy” is “irrational,” and psychopaths are not that. The gunmen found it easy to kill because psychopaths lack social emotions such as empathy, guilt, remorse, and shame. As a result, their mental calculations are perfectly logical, but without emotional guidance, and so a psychopath who goes people hunting might have no more feelings for his victim than you would have for the clay target if you went skeet shooting.

The fifth edition of the Diagnostic and Statistical Manual of Mental Disorders lists psychopathy under “Antisocial Personality Disorders.” The disorder seems to be associated with an abnormality of the amygdala, as well as parts of the prefrontal cortex, and is estimated to afflict between 0.02 and 3.3  percent of the population. If the prevalence were, say, 0.1 percent, in the United States, that would amount to a quarter of a million adults. Though random mass shootings have become more common, we’re fortunate that the impulse for people hunting, even among psychopaths, is exceedingly rare. But a lack of social emotion does often lead psychopaths to disregard social norms and exhibit a pattern of antisocial, immoral, and destructive behavior. We’d all behave like that if not for our social emotions, and so evolution was wise to bestow them. 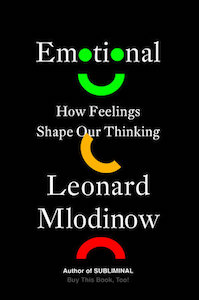 Leonard Mlodinow received his PhD in theoretical physics from the University of California, Berkeley, was an Alexander von Humboldt Fellow at the Max Planck Institute, and was on the faculty of the California Institute of Technology. His previous books include the best sellers The Grand Design and A Briefer History of Time (both with Stephen Hawking), Subliminal (winner of the PEN/E. O. Wilson Literary Science Writing Award), and War of the Worldviews (with Deepak Chopra), as well as Elastic, Euclid’s Window, Feynman’s Rainbow, and The Upright Thinkers.

Jabari Asim on Decolonized Souls, Black Love, and Writing the Past 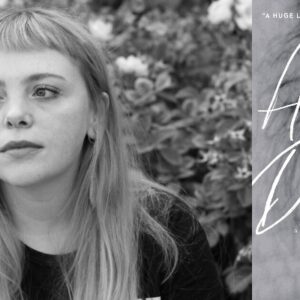