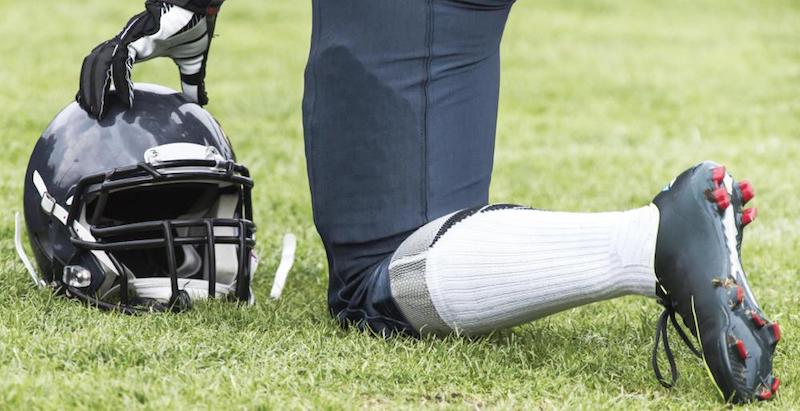 How One Authoritarian Regime Made Another One Look Good

On Taking a Knee, Unity, and a Rare PR Victory for the NFL

Yesterday, free speech finally got the “Football Night in America” makeover it so desperately needed, complete with half-time tributes and a Carrie Underwood intro.

The sportswriter Mike Marqusee once observed that “the capacity of our rulers to appropriate even the most refractory figures of resistance never ceases to awe, but we should remember that the process is never complete.” He was talking about the steamroll over Muhammad Ali’s legacy at the Opening Ceremonies of the 1996 Olympic Games (who better than Ali, Marqusee asked, “to help NBC, Coca-Cola and the Atlanta business elite sell the global games to America, and sell America to the world?”), but his words resonated, at least inside my household, this weekend as a surprising wave of anti-authoritarianism swept across the NFL, among the most popular and certainly the most entertaining authoritarian regimes in recent history.

It was, by most accounts, the feel-good weekend the NFL needed, though it started with an unlikely source. At a political rally in Huntsville, Alabama, President Trump took a break from his prepared remarks to give the crowd his thoughts on the state of professional football: “Wouldn’t you love to see one of these NFL owners, when someone disrespects our flag to say, ‘Get that son of a bitch off the field right now! Out. He’s fired! He’s fired!’” On Saturday, Trump extended his “sons-of-bitches doctrine” to the NBA, disinviting Steph Curry and the Golden State Warriors from a White House visit, news of which inspired LeBron James to reach out to the president with a salutation—“u bum”—that will, with any luck, become the new standard in all messages to elected officials. On Sunday, the President doubled down on his stance with a round of his trademark “early morning tweets”—“If NFL fans refuse to go to games until players stop disrespecting our Flag & Country, you will see change take place fast. Fire or suspend!” and “NFL attendance and ratings are WAY DOWN. Boring games yes, but many stay away because they love our country.”

All things considered, it was a pretty ordinary weekend for the President. The surprise came from the NFL’s response, and here’s the part where we’re all supposed to sit up, pay close attention and repeat on social media: The NFL is woke.

Football, more than any sport this side of lucha libre, is an exercise in symbolism and storytelling. This Sunday, in addition to the gently waving flags, costumed war re-enactors and Lockheed Martin flyovers straight out of Billy Lynn’s Long Halftime Walk, we saw a flurry of pre-game demonstrations: some players knelt, in the style of Colin Kaepernick, whose anthem protest kicked things off in 2016, and who remains without an NFL job to this day; some raised fists; a few teams declined to come on the field at all until after the stars-and-stripes pageantry was completed, which elicited some boos that the president later amplified in another call for heads.

But to my eye the most ambivalent symbol of the day was also the most common, as players, coaches, and a few owners linked arms while the anthem played. This was, it seemed, the league-approved form of protest. Before the games kicked off, Roger Goodell, the NFL’s commissioner and one of the country’s few public figures with approval ratings lower than Trump’s, said that he considered the president’s remarks “divisive” and “disrespectful” of almighty football: “The NFL and our players are at our best when we help create a sense of unity in our country and our culture.”

Unity, then, was the word of the day.

Robert Kraft, the owner of the New England Patriots, said that he was “deeply disappointed by the tone of the comments made by the President” (the tone, mind you) and reminded us: “There is no greater unifier in this country than sports.”

This from the man who counts the president a close friend, who regularly dines at Mar-a-Lago, who ponied up a cool million for the great unifying event that was the Trump inauguration, and who, when his team won the Super Bowl, went bootlicking at the White House, offering Trump a jersey and a Super Bowl ring to match Putin’s.

Kraft’s quarterback, Tom Brady, repeated the company line and locked arms with teammates before the game. A few owners, including Steve Ross of the Dolphins and Shad Khan of the Jaguars (another $1 million Trump supporter, in case you were wondering) joined players and coaches in a show of—there it is again—unity. The visuals were stirring, no doubt about it. There was genuine defiance there, too.

If the Monday headlines are any gauge, the NFL got the P.R. victory it so desperately wanted. “Teams show unity throughout NFL during anthems” said the league’s always-game partner, ESPN. And “The NFL beat Trump. Soundly.” (Washington Post)

I guess I’m just wondering what, exactly, it was all about. What are we unifying in favor of here? It was a relief, I suspect, for the NFL to spend the day talking about something as saccharine as “unity” when the other subjects on the table were, in no particular order: league star Michael Bennett’s horrifying run-in with the Las Vegas Police Department, the ongoing blackballing of Colin Kaepernick, or news out of New England that former Patriots star and convicted murderer, Aaron Hernandez was suffering from stage three CTE when he hanged himself in a prison cell at age 27.

Another thing the owners would rather not talk about is just exactly what the president was urging them to do: fire players who protest America. The truth is, they don’t know if they can, and they would rather not have to find out in the context of another high-profile legal battle. Under the law’s current, warped view of the First Amendment, private employers are permitted to fire just about anyone whose speech they disapprove of, politically or otherwise, but the public financing of football stadiums, not to mention the league’s treasured antitrust exemption, puts owners on shakier legal ground when it comes to punishing players who speak their minds. In the short-term it’s much easier to just celebrate “unity” and “brotherhood.”

Look, yesterday was a good day for the NFL. Hopefully the demonstrations will help the Michael Bennetts and Colin Kaepernicks of the league reach a wider, more open-minded audience with their messages. But let’s not drown out the substance of what those players are trying to say with a lot of huzzahs and backslaps in favor of free speech and the American flag and the old white billionaires who make it all possible.

One more line from Mike Marqusee comes to mind: “It is the fate of all aging sports heroes to become the receptacles of our sloppiest sentiments.” Let’s hope that’s not the fate for NFL protesters. The players whose safety and livelihoods are on the line, as well as the many millions on whose behalf they’re demonstrating, deserve better.

A Dream Between Two Rivers 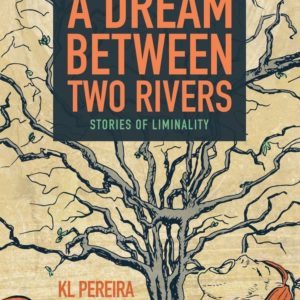 A Dream Between Two Rivers

Brasil I first saw her where the two rivers meet, brown and black, pressing their long, watery bodies together over mud and sand....
© LitHub
Back to top