How My Class Staged Our Very Own National Book Awards

On November 17, 2021, as panels of judges met to select the winners of the National Book Awards before that evening’s awards ceremony, similar meetings were taking place in my 9th-grade English classroom in Brookline, Massachusetts.

After a month spent reading the five finalists for the 2021 National Book Award for Young People’s Literature, students were gathered in panels of five, reviewing the judging rubrics that they had crafted at the beginning of the unit and arguing passionately about which book should win their group’s award.

While one team argued about whether powerful metaphors should propel Amber McBride’s Me (Moth) to victory, another debated how to weigh the artistry of Shing Yin Khor’s graphic novel The Legend of Auntie Po against other books that had no such visual element. Sasha led her team in a discussion of whether the optimistic tone of Kyle Lukoff’s Too Bright to See was ultimately important for its middle grade audience, while a team of boys seemed a bit surprised when Malinda Lo’s lesbian historical romance Last Night at the Telegraph Club revealed itself as the winner by their rubric scores.

Another team, already a step ahead and crafting a judge’s citation based on samples from past National Book Award Winners, carefully revised their citation for Kekla Magoon’s Revolution in Our Time. Michaela, eager to make sure that every word counted, explained to her team, “You can’t just call it brilliant! Every good book review says stuff like that. ‘Brilliant! Stunning!’ We need to show what’s special about this book.”

We interacted with writers and judges, reviewed books, crafted judge’s citations, watched the real awards, and wrote letters to those who helped us along the way.

In the end, every one of the five finalists was awarded top honors by at least one group. Opinions were widely divided, though, and we couldn’t come to a consensus for a class winner in either of the two class sections that had taken on the project. This perceived failure to declare an objective winner led one student to remark, “Well then what was the point of it all?”

When I was first describing the project in a pitch for funding from our school’s PTO, the point of it all was to engage students through an authentic reading task, one that exposed them to what close, critical reading of literature looked like in the world beyond high school.

Inspired by colleagues and education research, I had found great success in improving student engagement and the quality of student work through authentic writing tasks designed to mirror real world tasks and provide students with real audiences beyond the classroom. A New York Times personal narrative competition, for instance, led to deeper revision, including my most ramble-prone writers honing ideas to adhere to strict word count limits.

Authentic reading tasks, though, felt harder to come by. Certainly, I offered my students opportunities for independent reading, guiding them in seeking out books for comfort, escape, inspiration, and exploration just as we readers do in a world beyond assigned titles. But in high school, we ask students to read literature critically on a deadline and to compare texts to each other. Where was this happening in the real world, beyond academia?

One place, I realized, was behind the scenes of the book awards whose selections I often used to guide purchases for my classroom library. Judges of these awards were reading quickly, evaluating critically, and weighing books against each other. This was a process I could replicate in my classroom. Perhaps we could re-evaluate the decisions made by a past year’s awards committee by reading the Finalists for a particular award.

As I searched online for advice from teachers who may have offered a similar experience, I stumbled upon the education programming of the National Book Foundation, and their annual Teen Press Conference where students got to meet the Finalists for the National Book Award for Young People’s Literature each year.

Indeed, the National Book Award offered a perfect opportunity for what I was imagining. Rather than reveal a winner and several “Honor” books in one announcement, the National Book Foundation followed a schedule: A Longlist of ten titles announced in September, narrowed to five Finalists in October, before a Winner is announced in November. A calendar that happens to align perfectly with the start of our school year…

My plans began to shift. We didn’t have to relitigate old judgments. We could judge in real time. The day the Finalists were announced, I could gather copies and develop schedules that would allow students to circulate the books among their groups, finishing in time to hold final deliberations on the day the award was announced.

For the task to be authentic, though, I could not be the one offering my students advice on how to judge these books. While I’d passed judgment many times as a reader, I had no formal judging experience. Luckily, the National Book Foundation keeps a record of past judges. Explaining the project, I reached out to several soliciting their advice while recognizing that, per the Foundation, “their deliberations are strictly confidential.”

Writers, educators, librarians, and bookstore owners graciously and enthusiastically responded. Authors William Alexander and Alex Sanchez provided the advice that guided students to develop their own rubrics, each group defining their own unique criteria by which to assess the books. Bookstore owner Valerie Koehler reminded us to keep a work’s intended audience in mind, something that would prove critical as students weighed a middle grade graphic novel against YA historical fiction. And Ellen Oh’s reminder that, at the end of the process, “the judges should argue passionately for their choices” would energize students on our final day of discussion.

Guided by experts and inspired by the voices of literary professionals in our classroom, we were ready to judge. We just needed the books themselves.

Teachers reading and considering recreating this unit in their own practice will likely have noted one of the major planning hurdles by this point: I was going to learn which five books my students would be reading the day before the unit began. I would not be the expert shepherding a new group of students through The Odyssey. We would, for the most part, be reading alongside each other.

While at times frantic, this was also invigorating. We learned about plot structure, authorial decision making, and different forms and genres, all while wondering together about what would happen next to Moth, Lily, Mei, and Bug. Our class activities were equal parts routine and fresh, as every day we read and discussed new developments. Each new cycle, as books were handed off, I saw students growing more skillful in their evaluation and criticism.

Still, certain challenges arose immediately, when one of the five finalists turned out to be a book that was not yet in print, Kekla Magoon’s Revolution in Our Time: The Black Panther Party’s Promise to the People. In a frantic effort to fill in this potential gap in our experience, I emailed Kekla Magoon and her publishing team to see what could be done. Within mere hours of reaching out to them, on the day the book had been announced as a finalist, when they should have been (and hopefully were) celebrating, they began working on setting us up with access to digital advance readers copies of the book, showcasing their dedication to young readers who would get to be among the first readers in the world to experience this title.

Student enthusiasm for the project was buoyed by outside support again when the National Book Foundation welcomed us to participate in the virtual Teen Press Conference. Even Mary Kate, who openly acknowledged that she did not particularly love any of the five books, later reflected on the way that connecting with living authors directly made her view books as more vibrant and alive.

As we interacted with writers and judges, reviewed books, crafted judge’s citations, watched the real awards, and wrote letters to those who helped us along the way, our small classroom was opening every day to the reading world around us.

At the end of the unit, I surveyed students about what they gained from the experience, my own tool for inquiring about the point of it all. For Eli, the unit got him back into reading. Lauren discovered an unexpected love for books in verse, while Grant reported that his perspective on non-fiction changed. Many described a deeper awareness of what they liked and disliked as a reader, while others reflected with renewed confidence on their ability to read with focus, stamina, and efficiency.

Evan Mousseau teaches English at Brookline High School in Massachusetts, where he also advises the school's movie club and a fellowship program for student writers. In addition, he serves as an instructor in the English Education program at the Boston University Wheelock College of Education & Human Development. His work about teaching, reading, and writing has previously appeared in SixByEight Press.

We the People, But Not All People: On the Shaky Foundations of Our Constitution 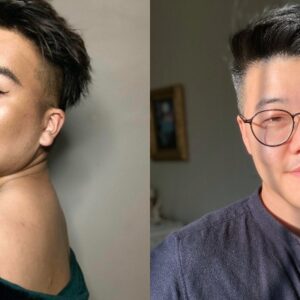 In keeping with our tradition and devotion to showcasing the most prescient, urgent, exciting voices in contemporary poetry, Greenlight...
© LitHub
Back to top