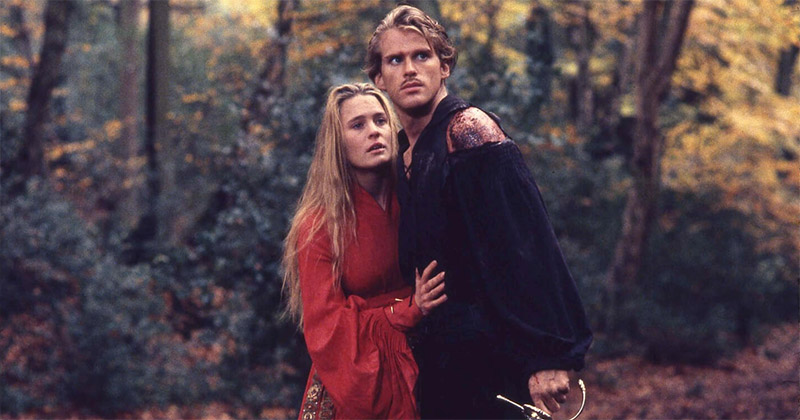 How Loving The Princess Bride Led Me to Buddhism

Ethan Nichtern on the Film He's Seen (At Least) 30 Times

Hello. My name is Ethan Nichtern. The Six-Fingered Man was my father’s best friend. Prepare to read.

David Nichtern and Christopher Guest were born two weeks apart and grew up together in downtown New York City. Christopher was not yet a diabolical villain with an extraneous digit, nor one of the greatest comedic actors of his time. David was not yet a Buddhist, much less a Buddhist teacher. What they shared was an urban childhood and a love of making music (bluegrass, mostly, more or less the hip-hop of kids from the Village in the early 1960s). In their friendship, Chris was never the sadistic Count Rugen. Instead, he played a part more like Andre the Giant’s Fezzik, defending my father against playground bullies. I have heard many stories of their swashbuckling together like Inigo Montoya and the Dread Pirate Roberts, unsheathing guitars instead of swords. They moved through city adventures from west to east, from Waverly Place to Stuyvesant Town—having fun, storming castles, being kids.

Christopher’s role in The Princess Bride was the reason I was excited to see the movie when it was first released in the fall of 1987. I was nine years old. All I knew was that this man I had known all my life played a bad guy (a hilarious idea in itself) and that the movie was a kind of fairy tale, but not just any fairy tale. Even upon first viewing it, I knew the film was a parody. It felt like a sarcastic Xerox of the fairy-tale genre, as if a smart older kid were making fun of some cheesy story I’d already seen a thousand times. I remember enjoying the movie that first time; it displaced my troubled mind into humor and fantasy during a particularly rough stretch of childhood, a yearlong span that included my parents’ difficult divorce, my grandparents’ double suicide, and, like a candle torched at both ends, the premature death of my parents’ Buddhist teacher, the man who exerted a central gravitational pull in the galaxy of their lives (and later mine), the brilliant and enigmatic Chögyam Trungpa Rinpoche.

On top of all that trauma, there was the day-to-day chaos of fourth grade. My best friend had skipped forward a grade without me after third grade, leaving me to fend for myself. Fending for myself was a difficult task, because I had two surgeries that year to help with a mild case of cerebral palsy on my right side. Surgery left me outcast, in a cast, for a significant portion of the school year. My best friend skipping ahead and my gimp status together made me, objectively speaking, the second least popular kid in my class. Sadly, this popularity ranking happened at a hippy New York City school founded in the 1960s on Dr. Martin Luther King Jr.’s vision of an inclusive multicultural society. This wonderful school preached nothing but diversity and acceptance daily—a sign that even the best utopias hold popularity contests. Fortunately for me, I still had one friend at school that year. Unfortunately for both of us, his social spasms, angry demeanor, and prepubescent unibrow made him, also objectively speaking, the number one least popular kid in our class.

Our friendship was mostly circumstantial and far from ideal. But still, he was my friend, my only real friend that year—that is, until, like the worst Buddhist kid in the world, I told him we couldn’t hang out anymore, that he was dragging me down. His gruff demeanor crumbled as he started to cry. It was an awful move on my part, a classic case of the weak abandoning the weaker. Thirty years later, my choice still haunts me occasionally during sessions of compassion meditation.

Going to see The Princess Bride that first time was a great escape. In it were swashbuckling friends, ridiculous villains, and a valiant quest for the love of a lady with a very strange name. Most important, there was a grandfather using this wacky tale to comfort his grandson (almost exactly my age) on a sick day from school. Because I wanted to stay in bed and play Nintendo for most of fourth grade, I could easily relate. Much of the movie’s existential brilliance was lost on me, though. I was just looking to escape: escape my parents’ fighting, escape the indecipherable popularity contest at school, escape the truth of my suffering, and maybe escape this version of Earth altogether. I liked the movie’s goofy action. It was a story with just a few, but not too many, “kissing parts.”

Only much later, after many more viewings, did I learn that The Princess Bride was beloved by so many. When I say “beloved by so many,” I am talking about a pirate ship that slowly sailed far beyond cult status, anchoring itself now in the very heart of the American postmodern canon. Just ask your friends: an abnormally large percentage of humans between the ages of two and 200 now revere, or at the very least respect, this movie. (The few people I’ve met who haven’t seen it often express knowing embarrassment at their cinematic omission.) At its mere mention, many people will pause and enter a visualization, an inner kingdom of bright nostalgia and appreciation. As far as anyone can tell, the film’s retroactive popularity was unforeseen. When the movie was released, the novel by William Goldman on which his faithfully adapted screenplay was based was not well known, at least not among us Gen Xers. The film grossed only $31 million in theaters that year, making it the 41st most popular film at the box office in 1987.

As I grew older, I kept returning to the movie again and again, across three decades of growing up, a process of maturation that now (in my late thirties, even after decades of studying and teaching Buddhism) may still just be getting under way. Many other people I know went through a similar process with The Princess Bride. As the movie aged, and as those of us who were the Grandson’s (Fred Savage’s) age grew up (or tried to), it caught on, and became enshrined as an irrefutable staple of Generation X culture. The mixology-obsessed cocktail bar down the block from my Brooklyn apartment serves a mezcal-based drink (though brandy would be more appropriate) called the Inigo Montoya. The glass even comes with a toothpick sword across the rim, exacting heroic revenge against a six-sectioned slice of orange. The bar is one of many establishments I’ve been to that reference the movie on their menus.

In 2015 the statistical website FiveThirtyEight conducted a survey of the 25 most rewatchable movies of all time—ever. The Princess Bride was number six. Among a particularly large swath of the population, a population that shares a wounded optimism about our society’s ability to experience true love, and a rapier-quick sense of irony, the movie is surely number one. It is full of so many popular one-liners that whenever it is mentioned, people trip over themselves to choose which line to quote, hoping the person they are talking to doesn’t know the story quite as well as they do. More often than not, they are wrong.

The Princess Bride is a story that’s funny, sad, and poignant, a tale in which, after many sarcastic turns, true love wins the day. Twice. I sometimes quote the movie in my lectures on Buddhism. When discussing the human tendency to idealize and objectify romantic love, I’ll say something like “Whether you’re looking for Prince Charming or Princess Buttercup . . .” Generally, it turns out, more people in the audience get the reference to Princess Buttercup than to Prince Charming.

I am not going to say that the story of The Princess Bride taught me how to love—that would be ridiculous. Living a human life, one dotted with confusion and composed of intermittent periods of mindfulness and compassion, has taught me what I know about love. But all of us, I believe, have held on to pieces of pop culture as we’ve proceeded on our own spiritual journeys. My most consistent companion has been The Princess Bride. As for the movie’s relation to Buddhism—it may be correlation rather than causation, but here’s the truth: almost everything I know about relationships, I learned over the past 30 years of doing two things that seem to have very little to do with each other—loving The Princess Bride and practicing Buddhism. 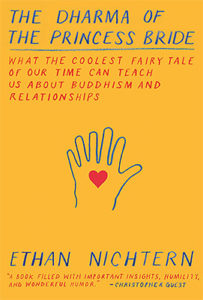 From THE DHARMA OF THE PRINCESS BRIDE: What the Coolest Fairy Tale of Our Time can Teach Us about Buddhism and Relationships by Ethan Nichtern, published on September 12, 2017 by North Point Press, a division of Farrar, Straus and Giroux. Copyright © 2017 by Ethan Nichtern. All rights reserved.

Ethan Nichtern is a senior teacher in the Shambala Buddhist tradition and the author of The Road Home: A Contemporary Exploration of the Buddhist Path and One City: A Declaration of Interdependence. He is also the founder of the Interdependence Project, a nonprofit organization dedicated to secular Buddhist study as it applies to transformational activism, mindful arts and media projects, and Western psychology. Nichtern has taught meditation and Buddhist studies classes and retreats across the United States since 2002. He is based in New York City.

Where Are All the Rural Gay Poets? 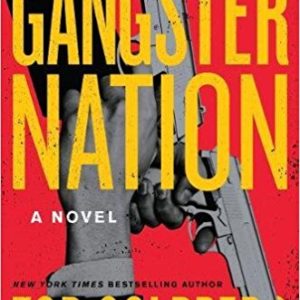 Now Naomi and Michael were exchanging a series of vows that David was pretty sure were cribbed from a pop song. The three...
© LitHub
Back to top
Loading Comments...