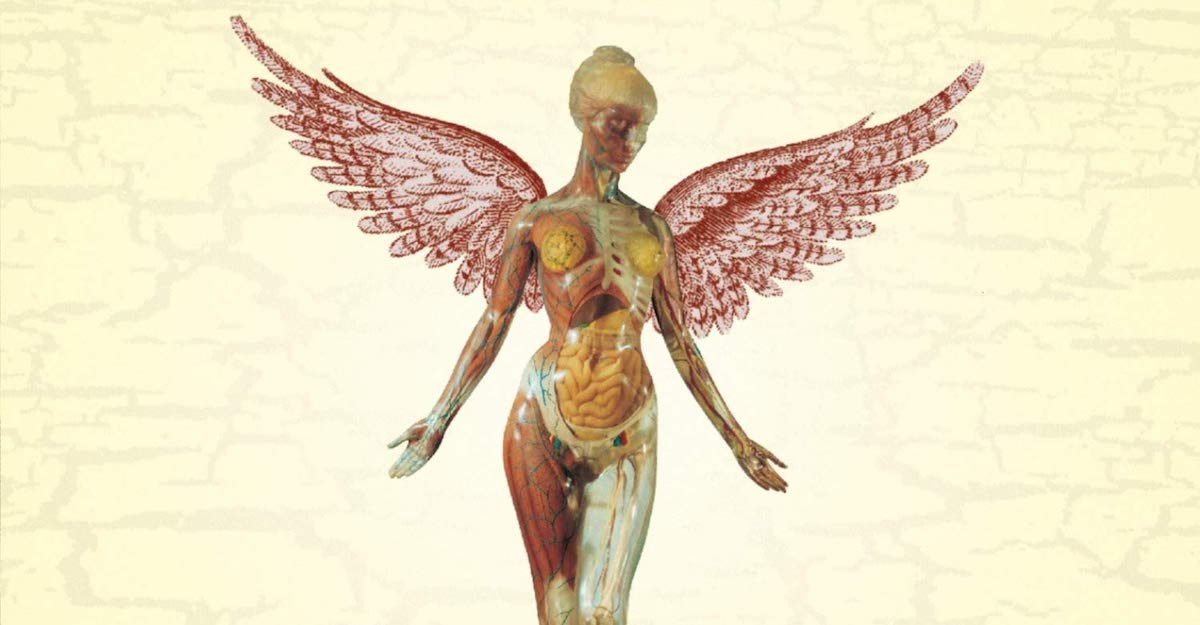 Nathan Dunne on the Seductive Power of Perfume

Shortly before midnight on January 16, 1993, Nirvana’s frontman Kurt Cobain staggered offstage at São Paulo’s Hollywood Rock Festival and slumped into a chair, head thrown back, pupils constricted. His t-shirt, soaked in sweat, clung to his thin frame, and his ashy complexion revealed a struggle with addiction, fame and his own psyche. He and his bandmates, Krist Novoselic and Dave Grohl, had just played to their largest ever crowd—110,000—in a show that is infamous for Cobain’s unhinged performance; he bungled chords, spat in the face of TV cameras, smashed a watermelon over the strings of his Fender Jaguar and simulated masturbation. Backstage, Cobain sat silently, surrounded by nests of cables, guitar cases and a strange book. The book’s cover featured a naked woman, perhaps sleeping, perhaps dead, her long arm draped over an old bed—Patrick Süskind’s Perfume.

Cobain had kept the novel near him on tour. “I’ve read Perfume about ten times and I can’t stop reading it,” he told interviewer Erica Ehm. “It’s like something that’s just stationary in my pocket all the time. It just doesn’t leave me. I read it over and over. It just effects me.”

First published in 1985, Perfume follows the life of Jean-Baptiste Grenouille, who is born with an extraordinary sense of smell and disgust for humanity. Set amid the squalor and barbarity of 18th-century France, Grenouille finds himself in a world where he is unloved, forsaken and feared for his apparent supernatural abilities. His mother lost four children before him, all stillborn, and although only in her mid-twenties, is ravaged by gout, syphilis, consumption, and the loss of hair and teeth. She gives birth to Grenouille at a market stall among rotting fish guts and the stench of corpses, using a knife to cut the umbilical cord. The baby is found alone in the street covered in flies and offal, while his mother is executed on charges of infanticide. Grenouille, the orphan, is passed between wet nurses. But none of them want to feed him, because he acts like a parasite, sucking the milk of two babies.

“He’s possessed by the devil,” says one nurse, Jeanne Bussie. “This baby makes my flesh creep because it doesn’t smell the way children ought to smell… like fresh butter.”

In the wake of his absent mother—and unknown father—Grenouille’s childhood is one of poverty, neglect and cruelty. He contracts measles, dysentery, chicken pox, cholera, falls into a twenty-foot well and has boiling water poured over his chest. Riddled with scars, scabs, and a crippled left foot, he survives through his gift of scent, escaping from work scrubbing dead animal hides to become an apprentice perfumer. He learns to use his nose, aspiring to become the greatest perfumer of the age, an artist who can create a scent so miraculous he can control the will of humans—and force them to love him. To do this, though, he must become a killer and harvest the scent of virgin girls.

After playing the festival in São Paulo, Nirvana recorded demos for songs in Rio de Janeiro, before heading to Pachyderm Studios in Cannon Falls, Minnesota, to work on their final album, In Utero. Steve Albini, one of rock’s great contrarians, who had recorded The Pixies’ Surfer Rosa, P.J. Harvey’s Rid of Me and Slint’s Tweeze, was the engineer. He remembers Cobain carrying around a notebook of potential lyrics during the sessions, many of them based on passages and phrases from Perfume.

On “Scentless Apprentice,” Cobain drew on the novel directly. The song begins with a blast of drums, announcing the birth of a demon child, before moving between cascading guitar lines and a solid, pile-driving riff. The verses evoke a scene where the nurse Jeanne Bussie has complained to Father Terrier, who is charged with helping Grenouille, that he doesn’t smell at all: “Like most babies smell like butter / His smell smelled like no other / He was born scentless and senseless / Every wet nurse refused to feed him.”

But it is the chorus, with the blistering shriek of “Go away / Get away,” that gets at the protagonist’s misanthropy, and the novel’s heart. The lyric appears to be drawn directly from a line in Chapter 23. “Grenouille no longer wanted to go somewhere, but only to go away, away from human beings.”

Leaving his apprenticeship as a perfumer, after a long adolescence, Grenouille, now an adult, flees Paris and tries to disappear. “He’s just disgusted with all humans,” Cobain told an interviewer. “And so he goes away on this trek, this walk of death. He only travels by night… he just tries to stay away from people, and I can relate to that.” Grenouille not only avoids cities, but villages too, venturing to isolated farms to buy bread before retreating to the woods. He walks higher and higher into the remote countryside of the Plomb du Cantal, a chain of volcanic mountains, coming to rest in a cave 150 feet below the earth. “Never in his life had he felt so secure,” writes Süskind.

Song writing, like perfumery, requires the dedication of an intuitive and delicate craft, one borne of countless failures and missteps.

The cave is a return to the womb from which Grenouille was cruelly expelled, a place free from human savagery and philistinism. He remains ensconced in the cave for seven years, hardly breathing, subsisting on the carcasses of frozen bats and getting high on the odors he’s collected. Lying still, like a corpse, he becomes one with the earth, his body producing a special scent. In the final verse of “Scentless Apprentice,” Cobain takes us into Grenouille’s cave, his voice boiling with rage: “I lie in the soil and fertilize mushrooms / Leaking out gas fumes are made into perfume.”

Many of the other songs on In Utero are also laced with images and expressions from Perfume. Cobain repeatedly evokes the novel’s themes of maternity, trauma and death. The restrained, descending riff on “Heart-Shaped Box” is witness to Grenouille’s first breaths in the filthy marketplace: “Broken hymen of your highness I’m left black / Throw down your umbilical noose so I can climb right back.” “Pennyroyal Tea,” with its somber glint of acoustic guitar and fuzz, refers to a primitive abortion method resonant of Grenouille’s mother and her charge of infanticide. “Rape Me” and “Very Ape,” maelstroms of abrasive punk, capture the trauma and death of the physical body. Milk It, which is demented, trashy and tight in its extremes, refers to a parasite, Grenouille, who throughout the novel is likened to a tick. The album’s back cover, too, bursting with fetuses, bones and dead flowers, suggests the fate and crimes of the despicable protagonist.

One of the things that always struck me about Perfume is how Grenouille’s life encapsulates our tireless view of the artist as a tortured outlier. Grenouille is crushed by the inhuman world around him, and in turn, in order to create, must destroy others; kill the virgins and conjure their scent. When I first tried to read the novel, in my early twenties, I was traveling through southern Italy, and in one small town, when I couldn’t find accommodation, I ended up sleeping in the basement of an elderly woman named Mrs. Capello. It was bitterly cold and the walls were made of rough stone slabs. I would wake in the night, panicked, and feel as if I was inside a tomb. Reading the Plomb du Cantal section of the novel, where Grenouille lies in the cave, hit far too close at the time and I set the novel aside, only returning to it in recent years after hearing of its effect on Cobain’s writing.

Perhaps one of the reasons the novel resonated so strongly with Cobain was not because of its bleak atmosphere and nocuous setting, but that it is the story of a deeply troubled artist, like himself, who attempted to gather fragments of an often incomprehensible life in order to produce art. Song writing, like perfumery, requires the dedication of an intuitive and delicate craft, one borne of countless failures and missteps in order to achieve something that approximates human emotion and experience. Grenouille ultimately commits suicide, dousing himself with the miracle scent, knowing he’ll be cannibalised by ravenous thugs. In less than half an hour, he has disappeared from the earth. In one line on In Utero, Cobain, who also committed suicide, sings as if speaking directly to Grenouille: “Your scent is still here.”

Nathan Dunne is the author of Lichtenstein. He has written for The Washington Post, The Atlantic, The Guardian, Slate, Los Angeles Review of Books and Artforum. 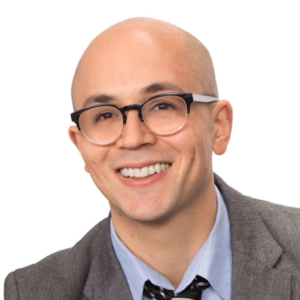