How J.R.R. Tolkien Blocked W.H. Auden From Writing a Book About Him

"I regard such things as premature impertinences."

Like many of us, W. H. Auden was a huge Tolkien fan in his day. In 1954, the celebrated poet raved about The Fellowship of the Ring in The New York Times, writing “No fiction I have read in the last five years has given me more joy.” Afterwards, the two corresponded frequently; Tolkien sent Auden advance copies of the next two installments and the two discussed Tolkien’s work at some length. (Auden thought, for one thing, that Tolkien should get rid of the romance between Aragorn and Arwen, though in the end, it didn’t seem to vex him much.)

But ten years later, when Auden proposed to write a book about Tolkien for the Christian publisher Eerdmans, as part of their “Contemporary Writers in Christian Perspective” series (subjects would include J.D. Salinger, John Updike, Saul Bellow, and C.S. Lewis), Tolkien flatly refused. And while Auden is often characterized as one of the people who legitimized Tolkien’s work in the literary world, and the two are often described as “close friends,” at least in 1966, Tolkien didn’t seem to agree (at least with the latter bit).

Mr. Auden did, in fact, inform me that he had agreed to contribute to your series a book called J. R. R. Tolkien in Christian Perspective. For various reasons I did not reply immediately to him; but though I regret that my view may not please you, and I am of course grateful for the honor of your attention, it is necessary I think to quote to you now what I said to him.

“I regret very much to hear that you have contracted to write a book about me. It does meet with my strong disapproval. I regard such things as premature impertinences; and unless undertaken by an intimate friend, or with consultation of the subject (for which I have at present no time), I cannot believe that they have a usefulness to justify the distaste and irritation given to the victim. I wish at any rate that any book could wait until I produce the Silmarillion. I am constantly interrupted in this; but nothing interferes more than the present pother about ‘me’ and my history.”

I owe Mr. Auden a debt of gratitude for the generosity with which he has supported and encouraged me since the first appearance of The Lord of the Rings. At the same time I feel obliged to comment that he does not know me.* It is possibly unfair to judge him by the press reports (possibly garbled) about me and my views at a meeting of the so-called Tolkien Society. They at any rate, as reported, showed him to be entirely mistaken about my views on the topics he touched on.

I hope you will appreciate my feeling. There is a wide distinction between a pamphlet of this kind written about a dead author, the bulk of whose work was devoted to exhibiting under one form or another views relative to Christian thought, and a living author whose much more limited work is of quite a different sort, and who is struggling to complete his work, while time is steadily running short, without the distraction of comment or analysis which cannot in the nature of the case be well-informed.

[Handwritten, at the bottom of the page:] *We have, of course, met, perhaps half a dozen times in 40 years, but we have not had any private or personal exchange of views, in talk or writing.

In a letter written about a month later, Tolkien reiterated his position, writing that “judging by Mr. Auden’s remarks as reported in The New Yorker . . . I do not think his discussion would have been either valuable or understanding.” In the January 15, 1966 issue, writer Gerald Jones covered a meeting of the Tolkien Society to which Auden had been invited as a guest speaker. The subject of his talk was “Tolkien as a Man.” Here’s how it started, as reported by Jones:

Well, Tolkien is a man of average height, rather thin . . . He lives in a hideous house—I can’t tell you how awful it is—with hideous pictures on the walls. I first encountered him in 1926, at a lecture at Oxford. He read a passage from Beowulf so beautifully that I decided Anglo-Saxon must be interesting, and that has had a great influence on my life.

Yikes. He also told them that “Tolkien is fascinated with the whole Northern thing. People seem to divide—they’re attracted by either the Northern thing or the Southern thing, by Scandinavia or the Mediterranean—and for Tolkien north is a sacred direction.” It’s hard to know which of these two comments Tolkien appreciated less.

Of course, without Tolkien’s cooperation, the book never materialized—though I have to say I’m sorry. I personally would love to read what was, judging by the above, sure to be Auden’s half-catty, half-worshipful book on Tolkien. We’ll all just have to imagine it, I suppose. 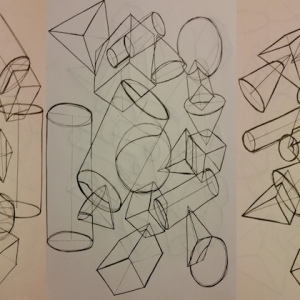