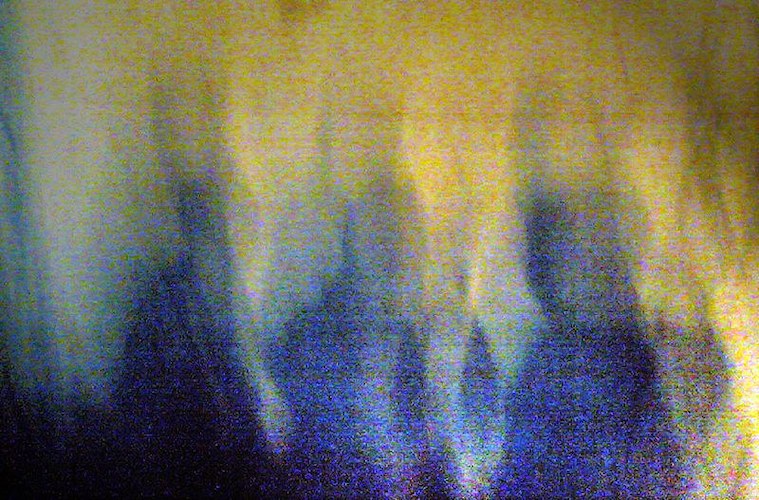 Friends bring a sense of freedom and relaxation to our lives. This may be in part because we are likely to pick friends who are similar to ourselves—the concept of homophily. So we tend to select friends with whom we share our sex, ethnicity and age, our behavior, personality and degree of altruism. Indeed, my colleague Robin Dunbar, who has spent many decades exploring the dynamics of human relationships, has identified seven pillars of friendship; the more pillars you share, the stronger the friendship and greater the love. These are: language, where you grew up, educational history, hobbies or interests, musical taste, sense of humor and your world-view.

It is argued that such homophily has a psychological and evolutionary benefit. In the first instance, choosing friends who are like us reinforces our views and beliefs, making us feel more confident in our identity. But it also allows us to cut down on the precious energy—known as the cognitive load—we devote to trying to predict what they may think or do next because, due to the similarity, they are most likely to do or think exactly what we would do or think in the same circumstances. And for the first time, the idea that friends think alike has some solid evidence from the scanning room.

In 2018 psychologists Carolyn Parkinson, Adam Kleinbaum and Thalia Wheatley set out to explore whether the homophily we exhibit with our closest friends was reflected in a similarity in the way we perceive, interpret and respond to the world. Was the ease of relationship we find with our friends partly down to the fact that we just think the same way?

They recruited 279 students—the entire cohort from one year of a graduate program. They asked the students to complete a questionnaire listing everyone on the program who they would deem to be a friend. They then set about, with the welcome help of a computer, creating a social network for the class, illustrating every link, or tie, between the students. Their prediction was that the closer two people were to each other in the network, indicating a stronger tie, the more similar their neural response would be.

Homophily extends beyond hobbies, ethnicity, age or sex to include our brains.

Placing 279 students in an fMRI scanner would have been prohibitively expensive, so a subset of 42 students was used for the scanning study. Once in the scanner, everyone watched the same set of videos in the same order. Videos were chosen to cover a range of topics and to be sufficiently gripping so as not to encourage the mind to wander. And what the researchers saw confirmed their hunch: that homophily extends beyond hobbies, ethnicity, age or sex to include our brains. The signals seen in the brains of friends—both in the unconscious and conscious brain—were more similar than those between people who were more distant in the network. And to test their model they viewed paired sets of neural activity scans, and just by establishing how similar or different these scans were, they could predict how close the two people were in the network. Now that is a concrete finding.

The question remains: do we become friends with those who think the way we do, or by being friends do we come to perceive, interpret and respond to the world in a similar way simply by being together? Because this study only allowed us to glimpse a snapshot in time, the answer is unclear. We would have to follow a friendship from its very moment of creation. But, as with all things human, it is probably a bit of both—a degree of homophily and the influence a friendship brings to bear on shaping our behavior and psychology.

The Future is Single

There is a weird idea that you are supposed to get everything from your romantic relationship but I realize the huge amount of love I have in my life. I do miss having a very specific romantic connection, but I feel the love of my friends. Living in a house share with real friends makes me realize that a lot of what I thought I wanted from a relationship was a close, daily friendship really and I get a lot of that from my house share.

Why do I argue that neglecting your friends places you at considerable risk? Because for a significant number of people their friends fulfill the role of a romantic partner, a child and even a whole family in their lives. They are your survival-critical relationships. Recent data from the 2015 US census has predicted that six percent of the current adult US population will remain single for their entire life. Now obviously some of these will have children—a particular interest of mine is the rise of the platonic co-parenting relationship—but for the majority this means no lover and no kids. In this case, two groups of people become the key attachment figures who will underscore your health and happiness as an adult. Your siblings—if you have them and get on with them—and your best friend or friends.

Research on the power of the attachment between friends is only in its early days, but in her 2017 study looking at the role of best friends and siblings in the lives of female singles, New-York-based psychologist Claudia Brumbaugh found that best friends played a crucial role both because of our close similarity to them and our freedom to choose them. The larger a single person’s friendship network, the less likely they were to exhibit an avoidant attachment style. And it would appear that our friends may know us at least as well as we know ourselves.

In their study of the brain activity associated with considering our own personality—self-referential thinking—and the brain activity of a peer considering our personality, the brain activity is strikingly similar. Psychologists Robert Chavez and Dylan Wagner recruited a small but tightly knit network of 11 students, five of whom were female. Having completed the usual battery of questionnaires, each participant was placed in the scanner and directed to think about their own personality and that of each of their ten peers. When scans were compared, the brain pattern seen when an individual—let’s call them A—reflected on their own personality matched that of the pattern seen in the scans for their ten peers when they were also thinking of A’s personality, but not when they thought about the personalities of the other members in the group, say B or C. This study shows us not only that, again, friends show synchronous activity when attending to the same task but that our friends definitely know us at least as well as we know ourselves.

Nick is the quintessential best friend. We have known each other since school. We have had many many experiences and memories together and he is someone I can always turn to for a chat… someone to lift me up, to brighten me up. He is one of the people I am my truest self to. The closer the guys get, the more shit they give each other, and with me and him nothing is off the cards, everything is up for debate.

Claudia’s study focused on the friendships amongst female participants, and it is the case that there is a sex difference in both the number and nature of the relationships we build with friends and, maybe, in the love we experience with them. Repeated studies have shown that men’s friendship groups are less tightly bonded and are less emotionally close than those between women. And while it is very likely that a woman can identify a best friend or two, this tends to be anathema to a lot of men. While men like to carry out activities with their friends, women tend to prefer the opportunity to share intimate chats. Why do we see this difference? It might all lie in the impact our neurochemistry has on us.

In 2018 a group of Chinese researchers, led by Xiaole Ma, reported in the journal NeuroImage the findings of a study that aimed to explore the different impact the administration of synthetic oxytocin would have upon the experience of emotional sharing in men and women. They recruited 128 pairs of same-sex close friends and, having placed one in an fMRI scanner and another in an adjoining room, showed both a set of images of people, landscapes and animals selected to represent three points on the emotion spectrum: positive, negative and neutral. Some of the pairs had been administered with a nasal spray of oxytocin, while others had been given a placebo. Having completed the task with their friend, they then completed it with a stranger and then alone.

What Xiaole and her team found was that where women were sharing the experience of watching the images with a friend, and had been given oxytocin, their experience was significantly more positive than if they had done so with a stranger or alone. This seemed to have been underpinned by a reduction in the activity of the amygdala—the site of our negative emotions, including fear and anxiety—and an increase of activity in the reward centers of the brain, which was, in all likelihood, reflecting the release of dopamine which accompanies any increase in oxytocin. This is the fingerprint of unconscious love.

However, the same could not be true of men. In this case, activity in the amygdala increased. It would appear that women gain a considerable benefit from sharing emotional experiences with their female friends—reduced fear and anxiety and an increased positive mood—which might explain why we relish the opportunity to catch up over a glass of prosecco and why our conversations tend to focus on the emotional and intimate, whereas men prefer to avoid these occasions at all costs and head for the football field or meet in a large group of friends instead. Can we say, then, that for women there is such a thing as friendship love but not for men? I think this is very unlikely to be the case, but until we place a man in a scanner and recreate the relationship he has with his team of mates in the lab the jury is still out. 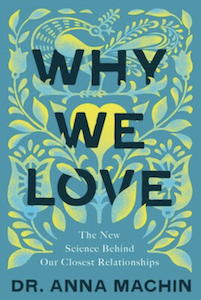 The following is excerpted from Why We Love: The New Science Behind Our Closest Relationships (Pegasus) by Dr. Anna Machin.

Anna Machin has dedicated her research life to the science behind our closest relationships, most recently spending 12 years at the Department of Experimental Psychology at Oxford University working alongside Robin Dunbar. She is the author of a book on fatherhood, The Life of Dad: The Making of a Modern Father. Her most recent book is Why We Love.
https://annamachin.com/ 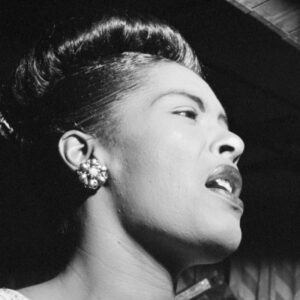