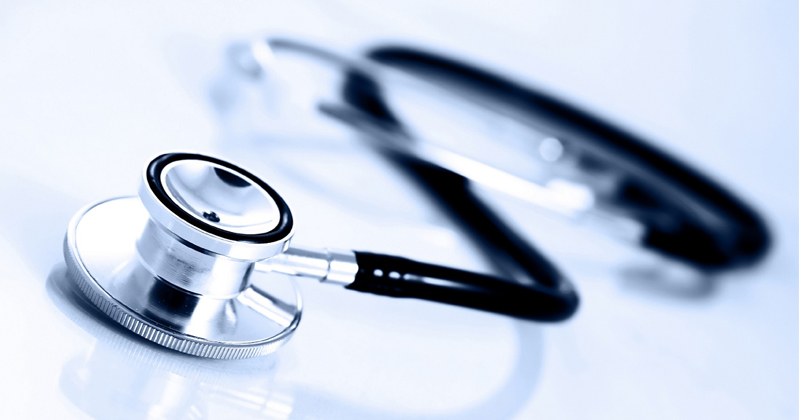 I’m going to tell you a story.

Winter, five years ago. My patient was 78 with bad emphysema. He used to fly planes before his breathing problems started, but now, even when he was feeling good, he could barely walk up the stairs to his second floor apartment. Although he’d been in the hospital for four days, on antibiotics and round-the-clock breathing treatments, he was only getting worse. One morning I came in to his room to find him sitting at the side of his bed breathing quickly, hands clenching the sheet, neck veins bulging.

Now pause. If I told you that my patient wasn’t actually 78 years old at all, would you still trust me as a narrator? And then, what if I admitted that there was never an aging pilot but that I’m actually remembering someone else entirely, say, a woman who wrote poetry and as, far as I knew, had never flown a plane? I wouldn’t blame you for feeling misled.

Back to the scene, I moved quickly in to the room and pulled out my stethoscope. I could hear the normal sounds of breath moving in and out on one side of my patient’s chest. But when I placed my stethoscope on the other side, there were no breath sounds at all, only the frantic pounding of his heart. His lung had collapsed, I was nearly certain of it. Air had filled his chest and, in time, could threaten to suffocate him. Plunging a needle into the correct spot between his ribs could release the air, but I had only done the procedure in a simulation lab, on fake patients I could not harm. I yelled out to the nurse to call a code and to bring me the right needle. If he collapsed in front of me I would have no choice, but as he was still awake and breathing, I had moments to wait.

Please, I begged silently, Please let the code team come before I have to do this myself.

Pause again. That part is mostly true, though the patient I really want to tell you about was actually sedated to the point of unconsciousness at the time, on a breathing machine with a bad pneumonia. But the point of this story—the moment of fear when I knew what I might have to do but I did not know if I could, or would, do it—that part is entirely real.

Is this a true story? I’ve invented a character in order to protect my actual patient’s identity and so in that way, this is a work of fiction. But the intention here is to relay the reality of my own experience, something about fear and hesitation. And in that respect, this story is as honest a piece of nonfiction as you’ll ever read.

As a doctor who writes, and who draws inspiration for much of that writing from my hospital-based encounters, I often think about how to tell a story that is at once true and respectful of my patients’ privacy. To be sure, I’m not alone in this. Though there are ever more of us doctors writing, filling bookstore shelves with our contemplative memoirs and calls for change and the hospital tell-all, we’re creating this genre without a clear roadmap for how to navigate the complex terrain.

There are loose guidelines, of course. I learned them first through a process of trial and error beginning with a phone call from New York Presbyterian Hospital’s Public Affairs office nearly a decade ago. A piece I’d written, about a patient’s Facebook friend request, was to run in the New York Times Magazine. The PR team had a question: “Do you have the okay from the patient?” No. He had died and the story had taken place more than a year before, too long ago for me even to remember his name. Okay, then. My charge was to change identifying details such that the patient’s family wouldn’t be able to reasonably recognize their son. I gave him a new job and new diagnosis. Other details, like his general age and the fact that he was waiting for a heart transplant, were so essential to the story I wanted to tell that I felt I couldn’t change them and still write the piece. Even so, when my work was published and I held the magazine in my hands, I panicked. I imagined his family reading it, recognizing him despite the flimsy disguise and tracking me down to berate me for using our doctor-patient conversation as the fodder for a story. Maybe I had changed too little. Maybe it wasn’t even my story to tell. But in the end, if they recognized their dead son, my patient’s family didn’t contact me. And slowly, my worries faded—only to appear with the next story I wrote, the next obfuscations of identity, the next questions about truth.

“I don’t want my patients to think that I see their life-threatening moments of climax, and our precious and intimate interactions, as stories to tell. I don’t want to see myself that way either.”

I ask for approval when I can, but that process, too, is imperfect. When I meet someone in my role as a doctor, that person is vulnerable (and, as I’m an ICU doctor, rarely able to consent, leaving me to turn to often-beleaguered family, or no one at all). Even if they wanted nothing to do with my writing, I’m not sure that most of my patients or their family members would feel entirely comfortable saying no. That power differential and attendant moral ambiguity is one reason why doctor-writer Anna Reisman suggests that perhaps we leave the realm of nonfiction medical narratives altogether and move squarely into fiction. I don’t entirely agree with that conclusion, but I do wonder whether asking my patients if I can write about them weakens our doctor-patient covenant. Suddenly, I have admitted that my motives are in some way impure—I’m at once observing as both a doctor and as a writer. So I move cautiously here. I don’t want my patients to think that I see their life-threatening moments of climax, and our precious and intimate interactions, as stories to tell. I don’t want to see myself that way either.

In my upcoming book, You Can Stop Humming Now: A Doctor’s Stories of Life, Death and In Between, I avoid these minefields in many of my stories through reporting, rather than writing about people I had encountered as patients. This is safer terrain. I approached those subjects as a doctor and writer, but not as their doctor, and in that way our relationship was clear from the start. I used names and confirmed quotes and facts. But in other stories throughout the book, I bring my readers into the hospital with me. And then I’m right back in the mess of it. So a man becomes a woman. Big-boned becomes slight. A yellow hat is a wooden cane. Though I maintain as much truth as I can, I have to change enough so that I can relay the pivotal aspects of private moments without revealing anything of the individuals who shared those moments with me.

If it is all so complicated, with the stakes so high, you might wonder why I try. I started to write regularly during the darkest months of my critical care training, when I found myself wondering whether the suffering around me could have been lessened if patients and their families had a better understanding of their possible outcomes. As I trudged from one family’s sadness to another, it was writing that gave me hope. First it was just hope for myself—that through words I might be able to better understand and structure my own experience—but over the years, it’s grown into something more. I’ve come to see that by taking readers behind curtains and closed doors, revealing worlds they might never otherwise see, writing about medicine has the power to educate, to help prepare for decisions and future realities, even to shift policy. And in contrast to my initial worries, writing hasn’t made me less of a doctor. If anything, the inherently empathic act of telling a story has only made me more attuned to the nuances of my patients’ experiences.

Even in the process of writing the introductory paragraphs here, I found myself returning to that moment of hesitation with the needle in my hand. I can still feel the fear and then the relief that washed over me when the surgeons on the code team ran in and took over the procedure. If I ultimately decide to tell that story in full, I’m not sure what lesson I want to draw from it. Maybe I did the right thing by pausing and acknowledging my uncertainty. Maybe the story is instead about the shame I felt later, when my patient’s family members thanked me for my quick action. Some of the most valuable learning always comes in the retelling. That’s how I move forward, how I make and share meaning, and ultimately how I become better.

So I will keep writing. Though I’ll likely misstep, obscuring too many details or too few, asking for consent at an inopportune time, misgauging a family’s willingness to share, I will continue to grapple with all of it, until I find a way that feels right. That, I can promise you, is the truth.

Daniela Lamas is a pulmonary and critical care doctor at the Brigham & Women’s Hospital and faculty at Harvard Medical School. Following graduation from Harvard College, she went on to earn her MD at Columbia University College of Physicians & Surgeons, where she also completed internship and residency. She then returned to Boston for her subspecialty fellowship. She has worked as a medical reporter at the Miami Herald and is frequently published in the New York Times. You Can Stop Humming Now: A Doctor's Stories of Life, Death, and in Between is her first book.

On the Fine Art of Unraveling

Wendy Xu on the Impossible Complexity of Immigrant Love 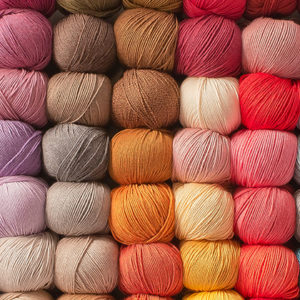 On the Fine Art of Unraveling

The hardest part of crafting isn’t threading an impossibly tiny needle. It’s not a complicated lace-knitting technique,...
© LitHub
Back to top