From Editor to Ghostwriter, the Ten Year Tale of a First Novel

If I had to reduce to one word what caused me to leave book publishing, it would be this: Dread.

I could handle most of the dread. I did my job well enough and for long enough to know what to say in most situations, to muddle through for another day. But the one type of exchange that always threw me more than any other involved the aspect of my job that was arguably most important to my publisher.

The context: I’d have gotten in a manuscript that I loved, and I’d have made a case for why we should acquire it that was largely focused on my passion for the book. And then, because publishing is a business, my editor-in-chief or publisher would ask me the inevitable question: “So how much should we pay for it?”

I won’t say I was flummoxed every time. It was more that I was frustrated. Books saved my life as a child, an adolescent, a young adult, a no-longer-young adult. And now you want me to put a value on a book I love? Every time I was asked this question, it was all I could do not to reply, “How much have we got?”

This isn’t to say that I never managed to acquire books for the right price that made the publisher money. I did that enough times to keep my head above water for a few decades. I often said to friends that my acquisition ability could be illustrated in a Venn diagram. In the circle on the left is what the market wants. In the circle on the right is what I love. And there’s a little overlap between the two circles that is purely coincidental.

After I left publishing to become a freelance editor and ghostwriter, a number of people said to me, “Wow, you’re so brave.” I’m constitutionally incapable of taking a compliment I don’t think I deserve, so I’ve always responded thus: (1) I was about to be fired, and (2) I wasn’t brave enough to sit in my office waiting to be fired.

I’d always said I could never be a freelancer—I needed the stability of a paycheck. But what I lost in stability after I left publishing, I gained in dreadlessness. Sure, there was the dread of where the next paycheck was coming from, but it turned out this was nothing compared to the dread of being a terrible disappointment to my publisher. The one thing they wanted from me was the one thing I couldn’t give them, namely, to figure out what the market wanted. As a freelancer, that was no longer my responsibility; it was someone else’s decision to make. My only obligation now was to make each client’s manuscript better than it was before, and that is something I have always been able to do. If anyone tells me I’m a great editor, I don’t demur. I say thank you. I admire my friends who can do more than this, who can combine being excellent editors with having prescient taste and strong heads for business. But I admire them the same way I admire Beyoncé: from a respectful distance that I never in a million years would think I could build a bridge across.

After I became a freelancer, I also took on ghostwriting gigs. Ironically, there is possibly no more market-centric job than ghostwriting. I was hired to write something for someone with a platform—and that platform is the market. My responsibility was to please everyone but myself. I had to please the author, the literary agent, and the publisher, and often they’re pleased by different and conflicting things. For someone who lives in fear of disappointing anyone, this was not a recipe for peace of mind. I felt less dread than I had before—sure I could lose a gig, but that wasn’t the same as being fired—yet I was still aiming to meet a standard that wasn’t my own.

The ghostwriting gig that can really pay the bills involves a celebrity, and unfortunately, that was not my forté. I did work on some ghostwriting projects for authors I liked and admired who were doing excellent work. But I couldn’t create something from (almost) nothing, as many of the best and most successful ghostwriters can. I had to have something to start with. And most important, my heart had to be in it.

Meanwhile, I was trying to write my own novel, a process that began ten years ago. I wrote it with my then eight-year-old son in mind, having recently become aware of the astounding richness of middle grade and young adult literature. This was certainly not a thing that I grew up knowing about. I didn’t discover Madeleine L’Engle and Judy Blume until high school, long past the point when I might have become obsessed. Mostly I skipped from reading the Brothers Grimm to Roald Dahl to Bram Stoker to Jane Austen. After that, it was all 19th-century literature, all the time.

I sent my first attempt at a novel to an agent friend of mine who said a few nice things but mostly confirmed that it was a mess. Mollified, I stuck that manuscript in a drawer and minded my own business for a while.

When my son was a little older, I had an idea for another novel—a series, really (that’s what was selling at the time). It was a contemporary middle-grade fantasy. I went back to my friend with it, and he showed it to another agent who gave me some editorial feedback that I incorporated. I returned to the revision well a few more times, trying to draw out murky cups of inspiration that would transform that novel into something worth submitting. Finally, the agent said he wanted more backstory for the villains. I loved my villains with a passion, so I was more than happy to do this. I wrote a prologue, which to this day is the most fun I’ve ever had writing anything. It was everything that an inspired experience is supposed to be. I sat down, and out of my fingers grew vines from all the seeds that were planted in me as a child—the Brothers Grimm, Bram Stoker, Roald Dahl, plus all the years I’d spent in church.

I slapped that prologue on the novel I’d written, and since the first agent had now bowed out, my friend kindly sent it to yet another colleague. She said she loved the prologue, but not the following 95 percent, and might I be willing to write a novel—a dark fairytale—like the prologue? My friend’s comment when he forwarded me his colleague’s email was, “I’m sure you’re not going to want to do this, so probably we’ve come to the end of the road.”

My reply was, “She loved something I wrote? Of course I’ll dump the other 250 pages!”

It was as if a tremendous weight had been lifted from my shoulders. The voice that I found in that prologue was my voice. At no point was I thinking about anything other than the story that I wanted to make, and the characters who did things that were terrible and wonderful and scary and beautiful. This agent was asking me to pursue the book that I’d wanted to write but hadn’t allowed myself to dream that I could. Too bogged down with trying to please everyone else, I hadn’t even tried.

I’d like to say that after that the rest of the novel flowed as easily. It didn’t. There was draft after draft while I learned how to write a novel. As it turns out, being able to edit a novel is not the same thing as being able to write one. This was a constant source of heartbreak and self-loathing for me. But I never again felt that I was scraping the bottom of a dry well. Every time I got edits back with the unwelcome news that the novel wasn’t quite there yet, I’d mourn my failure then start in again. It took years. Years while I tried to please ghostwriting clients and edited lots of books and worried about money. Months would go by when I shoved the project aside to jump back on the market treadmill to crank out some pages for someone else. But whenever I returned to my novel, the well was full, because the well was me.

Peternelle van Arsdale is a former editor and ghostwriter. The Beast is an Animal is her first novel.

Cornel West on Why James Baldwin Matters More Than Ever 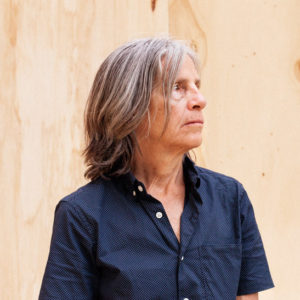 In this video in support of the Festival Neue Literatur, which celebrates contemporary German-language and American fiction...
© LitHub
Back to top